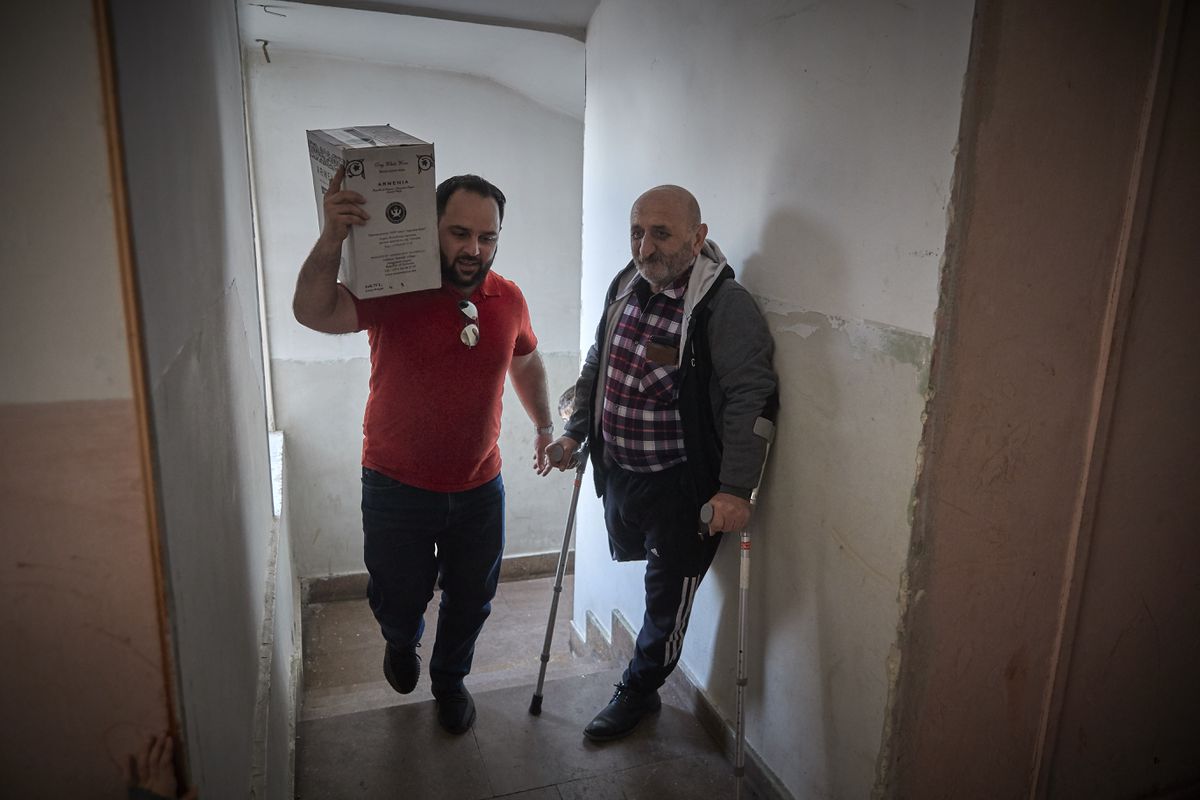 It is a sunny spring day in the city of Metsamor, about 45 minutes west of the capital of Armenia, Yerevan. In a downtown parking lot, volunteers are unloading boxes from a car decorated with the flag of the Republic of Artsakh, an unknown state whose territory is recognized as part of Armenia’s neighbor, Azerbaijan.

The families gathered here are all refugees, some of the 75,000 people displaced as a result of the recent 44-day fierce war between Armenia and Azerbaijan over the disputed territory of Nago-Karabakh (or, as Armenians are known, Artsakh) . God. Kazarian, a Canadian-Armenian, and his charitable foundation, Transparent Armenia, have become one of the leading aid organizations.

Mr. Kazarian was born in 1988 in Yerevan, then part of Soviet Union, for parents with higher education: His father is a geologist and his mother a linguist. The family emigrated to Canada in 1994, settling in Montreal shortly after the end of the First Karabakh War (1991-94), one of the most devastating conflicts since the collapse of the Soviet Union.

Returning to his homeland was always a question of when, not if, for Mr. Kazarian.

I went back [to Armenia] for the first time in 2003, he said. It was on that trip that I decided that one day Id would be back here forever. He visited eight more times in the decade that followed, spending any vacation time doing so.

Before he made the move for good however, Mr. Kazarian wanted to have a secure job. I do not want to go back and just get some work, he says. This opportunity came in January 2018. I was already working full time from home in Canada. I decided it would be foolish to just sit at home when I could spend six times less money doing it in Armenia. So I bought a plane ticket with a return trip six months later, to give myself half a year to see if it works.

He did not need that much time either. After three months, I decided not to return, says Mr. Kazarian. I had a watering evening where I printed copies of my return ticket for my friends and we all tore them up to celebrate my repatriation.

The next two years passed quickly as he settled into a quiet life on the outskirts of Yerevan. He focused on his work as a business consultant, helping local and international firms modernize their operations. Then, last fall, his life and that of all Armenians changed drastically.

The First Karabakh War ended in 1994 with a tense ceasefire marking Armenia’s military victory on the ground, but left its adversary Azerbaijan embittered with the result. Years of intervention failed to produce a lasting peace deal, and Azerbaijan spent the past decade fixing and updating its military with billions of dollars of modern weapons. Then, on September 27, 2020, Azerbaijan struck, launching a full-scale offensive to seize control of Karabakh and end the breakaway Armenian Republic of Artsakh. 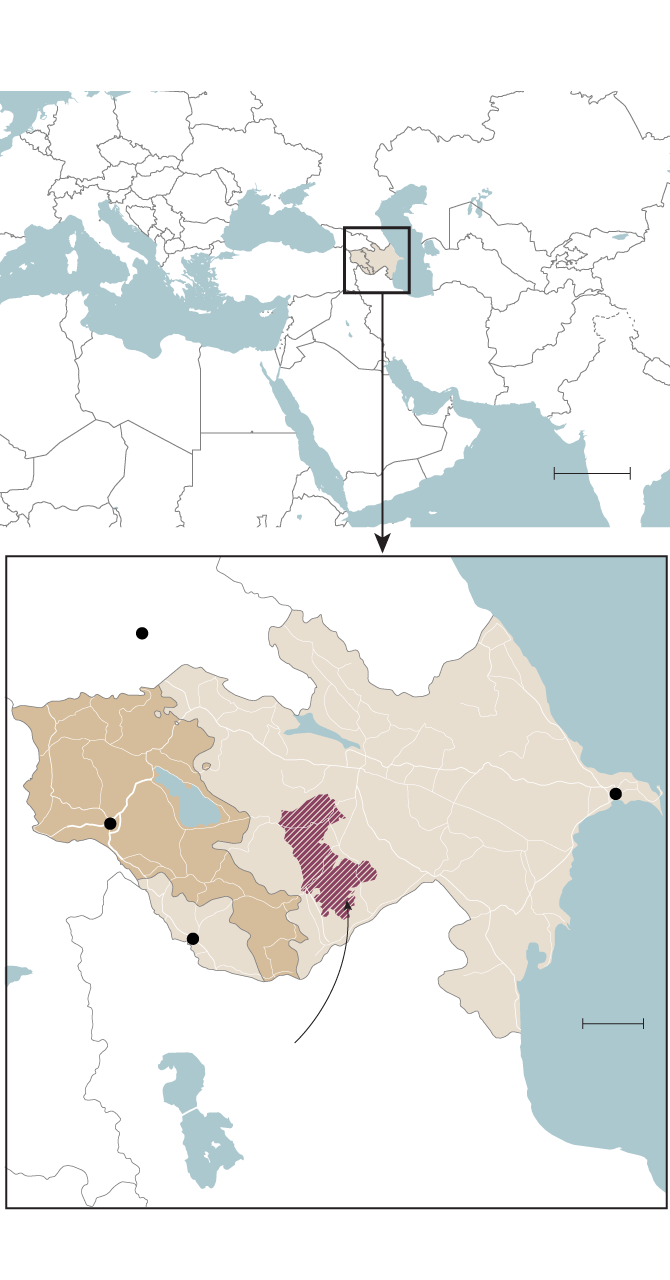 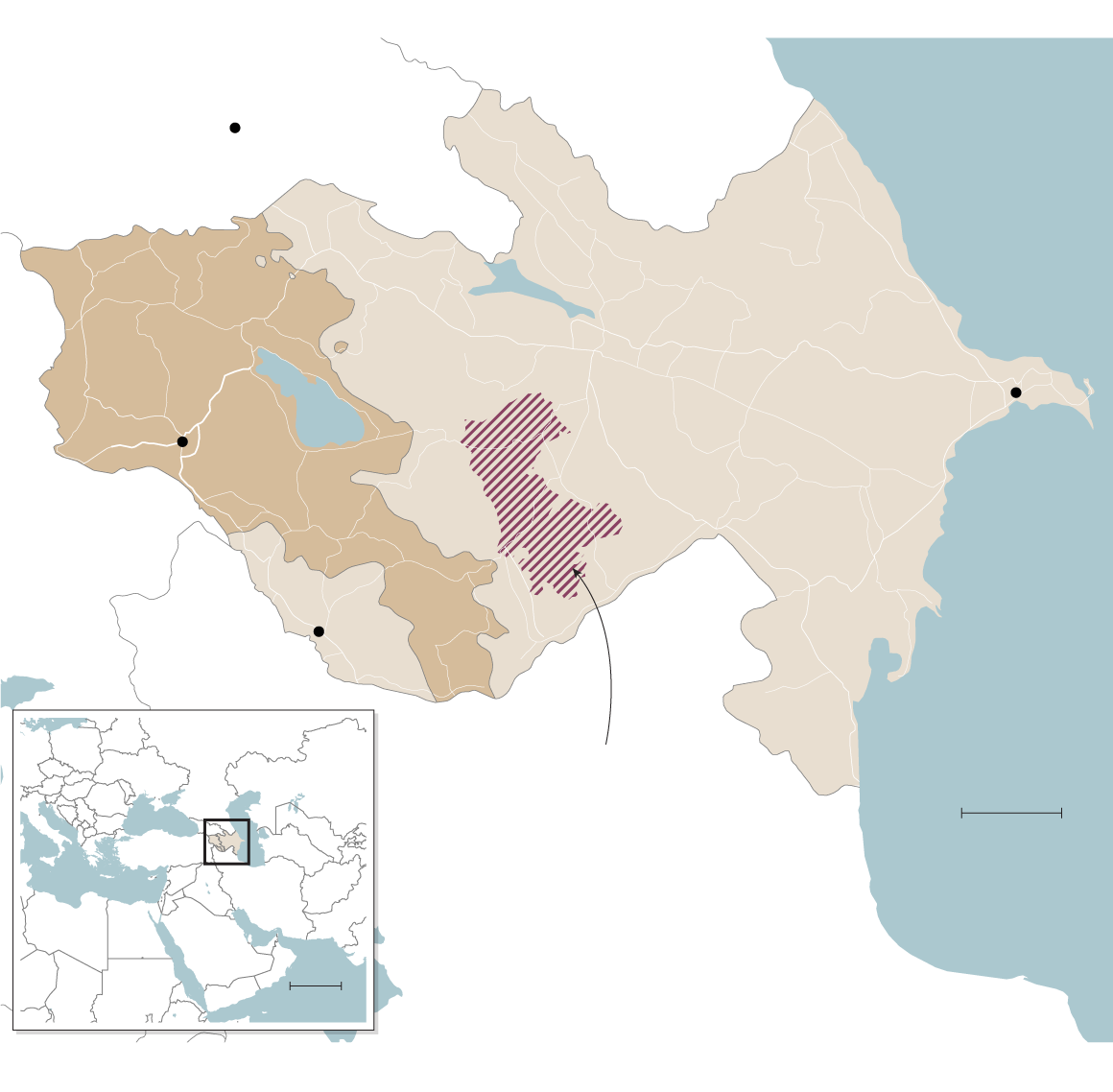 When the war came, Mr. Kazarians first instinct was to help in the most direct way, fighting on the front lines. I went to register on the first day of the war, but with my lack of experience the recruiting officers strongly advised against him, he says.

They told me, You can help better in other ways. You are from Canada, why not raise some money from your friends there? Thus began.

The next day, Mr. Kazarian founded Transparent Armenia. There were a lots of people [in both Armenia and the diaspora] donating to charity, but many wanted to see where their money was going, he says. This is the group we drew.

The Transparent Armenia model is based on the exact story of each donor where their money goes. Individuals are able to see the type and quantity of supplies purchased, as well as the family to which assistance will go. Creates a connection between the donor and the recipient that makes [donating] a much more personal experience, says Mr. Kazarian.

The strategy quickly proved effective. Within a few weeks, Mr. Kazarian and his organization were helping hundreds, with the help of more than 120 different volunteers over the life of the groups. Financial donations so far total $ 74,000, says Mr. Kazarian, with another $ 150,000 in kind donations, including 20 tonnes of winter clothing from a Swedish charity, Request for Action.

At the height of Transparent Armenia operations in early November, the group was assisting more than 300 families a day. In total, it has now fed 40,000 people more than half of all Armenian refugees from Karabakh.

Meeting recipients does not take much time to see how helpful the help is and how grateful they are. for her.

At the Metsamor collection point, the Minasyan family is pulled over with a red Lada. The boy, 20-year-old Minas, is a veteran of the conflict he fought from the first day of the war to the last, including weeks in the sectors with the toughest fighting. His birthplace, the Minasyan family farm, was captured by Azerbaijani forces in late October.

We are ordinary people, but we had a good life there, she says with a sigh. He is now with the enemy.

The Minasians, who moved to a village near Metsamor in October, learned about Transparent Armenia via Facebook. They signed up for a donation and received a text message telling them to come today to collect it.

We are so grateful for him [Kazarian], Says Mrs. Minasyan.

Other refugees are living in an unused Soviet-era hotel nearby. The Aleksanyan family lives four in a room in dilapidated structure. Their native village in Karabakh, Nor Aygestan, was also lost, handed over to Azerbaijan as part of the terms of the ceasefire.

Aleksandr Aleksanyan, the 62-year-old patriarch, is missing a leg from the first war, where he fought on the front lines. His two daughters are married to a pair of brothers; one of them, 33-year-old Shamo Avanesyan, was killed on the first day of the last war. His portrait stands surrounded by flowers in the mantle of the family main room.

We were [in Metsamor] for six months now, says Mr. Aleksanyan, who came with his grandchildren on September 28th [surviving] the groom wants to return [to Karabakh] and restore his family there, but I must stay here. Mine [widowed] the girl and her children need me, he says. I thank God that there are such people [Kazarian] in this world.

Upon completion of the day deliveries, Mr. Kazarian and his small team do what is left to return to Yerevan. His organization is already looking to the future. They have plans to fund small-scale agricultural initiatives to provide displaced families in the region with the land, livestock and other resources they need to stand on their own two feet and live sustainably. Now we can give so much fish we need to learn [people] to fish on his own, says Mr. Kazarian.

Our morning and evening update newsletters have been written by Globe editors, giving you a concise summary of the most important headline days. Sign up today.