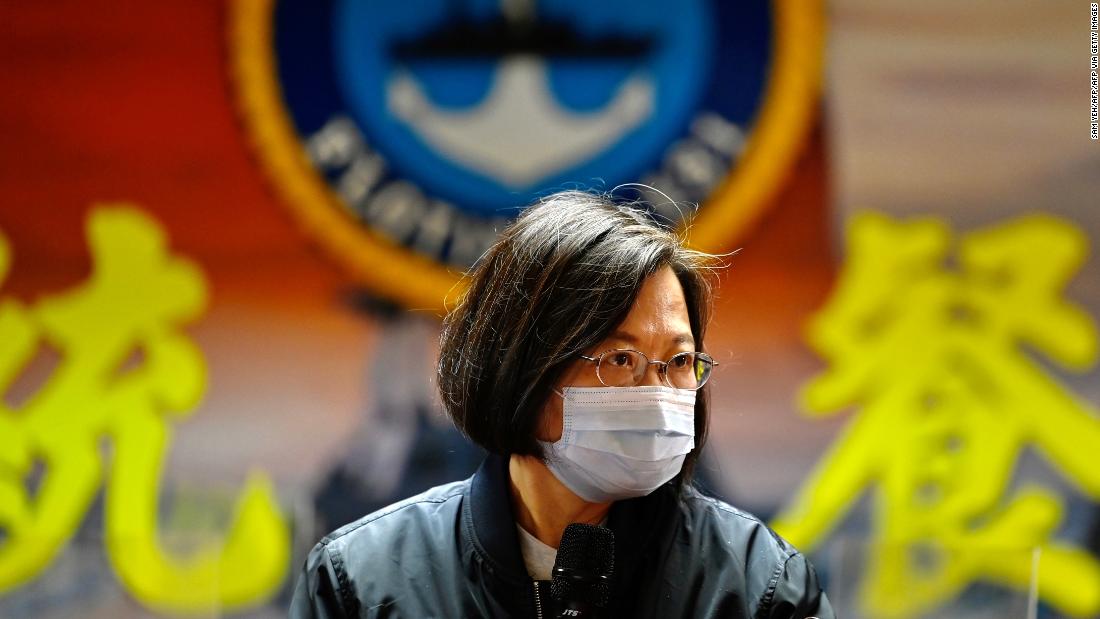 This year’s award is the second in a row that is likely to upset Beijing, as the 2019 award went to the people of Hong Kong “for their courageous fight for their rights in the face of oppression by the Chinese government”. Beijing considers self-governing, democratic Taiwan as part of its territory, and Tsai is a figure of hatred in the Chinese state media.

Ottawa was previously forced to deny reports that it had tried to block the Tsai award, after Politico, a media partner of HFX, reported in April that ministers had threatened to withdraw funding if the Taiwanese leader was elected.
Talking to lawmakers later that month, Canadian Defense Minister Harjit Sajjan said the reports were “absolutely false.” Sajjan said HFX was completely independent and added that he had “authorized funding for (the forum) twice last year”.
After controversy, Canadian lawmakers voted unanimously for a non-binding move urging the government to continue funding the award, saying Tsai “is a respected international leader, Taiwan’s first female president and a strong global advocate for democracy … she will certainly it was an ideal fit for this award. ”
Responding to the vote, Chinese Foreign Ministry spokesman Zhao Lijian said Beijing “regrets and rejects the wrong motion regarding Taiwan passed by the Canadian House of Commons.”

It was the second move in a month that put the Canadian government in a difficult position with China, after parliament voted in February to declare the situation in Xinjiang – where Beijing is accused of arresting millions of Uyghurs and other ethnic minorities – a “genocide”. .
Relations between Ottawa and Beijing have deteriorated in recent years, following the arrest in 2018 in Vancouver of Huawei executive Meng Wanzhou, who is currently fighting extradition to the United States, where she is wanted for violating sanctions against Iran.
Following Meng’s arrest, two Canadians – Michael Kovrig and Michael Spavor – were arrested in China and later charged with espionage. The two men finally went to trial in March, in separate closed-door hearings that were widely denounced by Western governments.
The government of Canadian Prime Minister Justin Trudeau has come under considerable criticism for its failure to help both men, with many lawmakers urging Ottawa to take a more aggressive stance toward China.
In March, Beijing sanctioned a number of Canadians, including Conservative MP and shadow Foreign Minister Michael Chong, for spreading what was called “gossip and misinformation” about Xinjiang. Chong described defining it as a “badge of honor” and said Canadians had a “duty” to call Beijing for repression of actions in Hong Kong and “genocide” in Xinjiang.