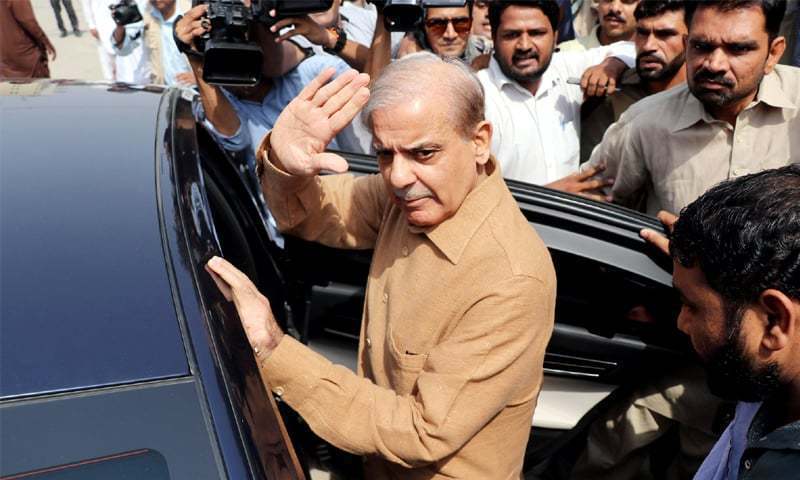 LAHORE: Citing procedural issues, the Federal Bureau of Investigation (FIA) on Saturday barred opposition leader and PML President Shehbaz Sharif from leaving the country for London, sparking a new round of squabbles between the PTI government and the ruling party. by the Sharifs.

The PML-N was quick to blame Prime Minister Imran Khan for using the FIA ​​to create obstacles to the ouster of opposition leaders despite the clear order of the Lahore High Courts (LHC) in this regard, calling the action contempt of court governments.

As a federal minister and an adviser announced challenging the LHC ruling in the rooftop court, it is likely that Mr. Shehbaz’s departure will be further delayed.

As some members of the PTI cabinet had openly criticized the court’s decision and hinted that they would detain Mr Shehbaz at the airport on procedural grounds, the FIA ​​action was not a surprise.

A party insider says some PTI hawks think that [partys] accountability and the narrative of corruption will be hampered if the government allows Shehbaz to leave the country without creating legal barriers. In addition they are also wary of Mr. Shehbaz’s connections to the powers that be and understand that something is being cooked up against the PTI, he said dawn.

The LHC on Friday had granted Mr Shehbaz conditional leave to travel to the UK for medical treatment from 8 May to 3 July.

Early Saturday, Mr Shehbaz arrived at Allama Iqbal International Airport to catch a Qatar Airways flight to reach his destination via Doha. However, immigration officials told him he could not board the flight as his name was on the person not on the list (PNIL).

Mr Shehbaz showed immigration officials the LHCs’ order for his one-time permit for him to go to the UK for a medical examination, but they insisted that since his name had appeared on the detention list, he could not be allowed to leave the place. They also informed him to approach the FIA ​​headquarters to get his name off the detention list through this court order. Mr Shehbaz argued with immigration officials for some time but failed to convince them. About this Mr. Shehbaz left the airport for his Model Town residence angrily, a source told dawn.

He further said: “If a court order for such a case is not formally communicated to the FIA, the name of any person can not be removed from the detention list. To this end, the Integrated Border Management System (IBMS) needs to be updated. So far Mr. Shehbaz’s name is shown on the banned list through the IBMS system which can not be changed even by verbal order from above.

Led by Marriyum Aurangzeb, a PML-N team consisting of lawmakers arrived at the FIA ​​office on Temple Road and handed over the LHC order with a request to immediately remove Mr. Shehbaz’s name from the detention list . As the FIA ​​office closed, security officials received the application.

The prime minister’s special assistant for responsibility Shahzad Akbar claimed that PML-N lawmakers entered the FIA ​​office in Lahore which was closed in connection with the Eid holidays.

Talking to reporters [outside the FIA building], Ms. Aurangzeb asked the government [for] how long could mr. Shehbaz to leave the country. She said FIA officials were present in court when she allowed Mr. Shehbaz to go out to be cured. By order of Imran Khan, Fawad Chaudhry and Shahzad Akbar, Mr Shehbaz was barred from leaving the country, she said.

The FIA ​​and other government institutions must stop committing contempt of court by order of the elected government. We are thinking of legal action in this regard as well, she said.

Ms. Aurangzeb said Mr. Shehbaz’s name was neither on the Exit Checklist nor on the blacklist, so his name was placed in the new PNIL category.

PML-N leader and part of Mr Shehbaz’s legal team, Ataullah Tarar, said there were two Pakistanis, one where Prime Minister Khan could remove the name of his close aide Zulfi Bukharis from the ECL for more than an hour and the other in which it was the FIA ​​system is not updated despite the court order.

PML-N vice-president Maryam Nawaz said in a tweet: Very reprehensible how the jaali government has brutally violated the court order by stopping @CMShehbaz at the airport today. Shows how scared the chosen one is of him.

Last month Shahbaz Sharif left Kot Lakhpat prison after seven months behind bars in money laundering and assets beyond the means reference presented by the National Bureau of Accountability.

Prime Minister Nawaz Sharif has been to London three times since November 2019 for medical reasons.

The government has declared Sharif a fugitive and canceled his passport. Mr Sharif left the country after the court granted him bail in the Al-Azizia Mills corruption case in which he was serving seven years in prison.

The LHC had given Mr Sharif a four-week condition for medical reasons to carry out his treatment abroad. The government declared him a fugitive as he failed to justify his prolonged stay in London.

Information Minister Fawad Chaudhry said Mr. Shehbaz’s legal team did not file a request with the FIA ​​Director-General, who was authorized to remove his name from the blacklist.

No changes (possible) to the register / system on verbal orders. The government will challenge the LHC ruling in the top court.

Shahzad Akbar said the court had ordered the removal of Mr Shehbazs’s name from the blacklist once and for all. Now if Mr. Shehbazs’s name is in the PNIL then how should this court order be viewed, he said.