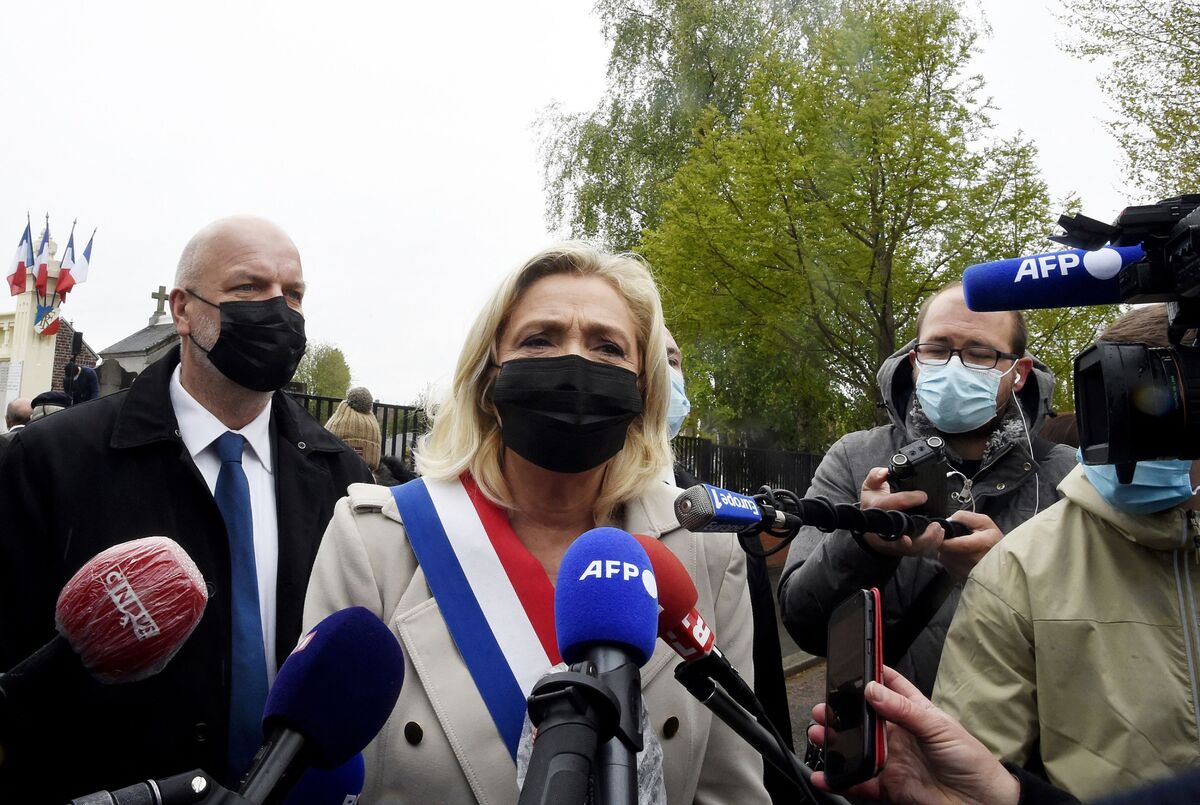 Far-right leader Marine Le Pen said France was in danger of a civil war as it prepared to tackle President Emmanuel Macron in next April’s election.

There are no signs of a future conflict, but the escalation of tensions related to issues such as economic inequality and a sense that the country is becoming less secure serves Le Pen. She has been campaigning for offices since the beginning of the year, trying to introduce herself as a candidate for law and order.

While Le Pen has consistently spoken out about tightening migration and the need to be tougher on Islamism, her recent comments are perhaps the most controversial to date.

After a group of retired generals hinted last month at the threat of a military uprising, another open letter the president on Sunday warned of “chaos and violence”. The first letter was signed – the last was not, though attributed to unidentified officers on duty by the right-wing weekly that published it, Valeurs Actuelles.

Both times Le Pen supported the perpetrators as she insisted she was not calling for an uprising and urged those who supported them to join her movement. Studies have documented high levels of far-right support among the military, twice as high as in the general population.

At a campaign event in western France on Monday, Le Pen said the latest letter offers a “clear” assessment of the country’s condition. “There is always the danger of civil war,” she added.

Other French presidents have occasionally faced similar warnings from army officers in recent years, but the threats never materialized. Officials from the Macron administration dismissed the letters as a political maneuver.

In 2018, during the Yellow Vest protests, a grassroots move against a fuel tax demanding greater economic equality, and following a feud between Macron and the Army Chief of Staff, some retired generals had already called for a military government.

Le Pen is running close to Macron in the polls, but the challenge for the 52-year-old nationalist in her third presidential campaign is to soften her profile enough to elect more moderate voters while keeping her leading electorate on her side.

With less than a year to go before the first round of presidential voting and regional elections to be held next month, Le Pen is seeking to take advantage of security concerns that Macron has failed to extinguish despite a campaign high-profile to push back against Islamists responsible for a wave of violent attacks.

She tried to formulate the first letter referring mainly to the situation in housing projects on the outskirts of many French cities which are typically racially diverse and economically deprived. She also argued that the government itself has expressed concern over uncertainty and noted that a former Macron minister had spoken out about the risk of a widening gap between the projects and the rest of the country.

The latest letter says “France’s hatred and its history are becoming the norm” – an obvious reference to Macron’s efforts to recognize the abuses of France’s colonial past – and used coded language to criticize Muslim communities for not integrating with the rest of society.

The Republicans, the traditional right-wing party in France that has clashed between Macron and Le Pen, describes it as a legitimate alarm bell.

“If a civil war breaks out, the military will maintain order on its soil because it will be asked to do so,” the letter said, addressing Macron. He says its perpetrators have served in Africa and Afghanistan “fighting Islamism, to which you are making concessions on our soil.”

By Monday evening about 200,000 people had signed the letter, according to Valeurs Actuelles.

(Detailed updates all the time.)

“Among Us” is built into Twitchstreaming and Discord invites on mobile

Japan, UNDP are located in the northeastern countries with oxygen