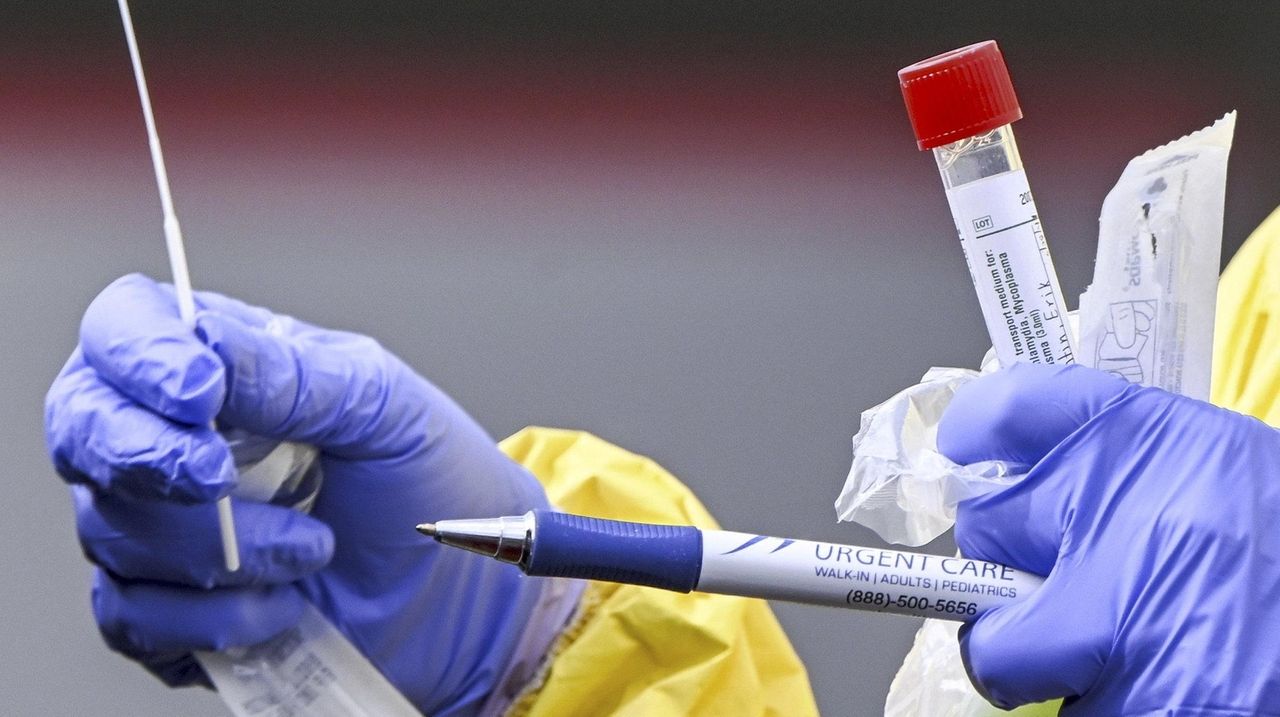 State data released Saturday show that the state’s coronavirus positivity rate continues to rise, with the number of newly diagnosed New Yorkers with COVID-19 surpassing 1,000 for the first time since May.

According to medical experts, the incidence of COVID-19 increases nationwide as the highly contagious delta variant of the virus prevails and causes a serious illness almost exclusively in unvaccinated people. I have.

The percentage of people who received a positive test in New York on Friday rose from 1.23% on Thursday to 1.39%, the state reported.

The 7-day positive rate, which public health researchers are paying attention to to smooth out daily abnormalities, increased from 1.09% to 1.19%. This is more than three times the 0.35% rate on June 23.

“If you’re not vaccinated, you’re completely bluntly ignoring the need for a mask. This will happen,” he said.

Get the latest news on the reopening of Long Island from COVID-19 restrictions, updated safety guidelines, and immunization rates.

“There is a belief that the virus is gone when the numbers are low,” he said. “It’s the exact opposite: because of vaccination and masking, the virus can’t propagate between human hosts. Give up either. This happens over and over again, not just this time. And again time. “

The number of positive tests reported on Friday was 1,156, the highest since May 21st. There were 981 cases on Thursday and 275 cases on June 28th.

In Nassau County, the number of new cases surged from 87 to 106 on Thursday and increased from 73 to 75 in Suffolk.

Long Island’s seven-day positive rate is now second only to the Albany region in the entire state, rising from 1.28% on Thursday to 1.37%.

NYU Langone Hospital in Mineola-Mark Adler, Chief Medical Officer at Long Island, said, “The real concern is when cool weather drives more activity indoors and many people are likely to continue to wear masks. It will be autumn. “

“I’m optimistic compared to a year ago. [more than] “70% of the adult population in the area was vaccinated,” he said. “I wasn’t vaccinated a year ago.”

In Nassau County, 80.8% of adults are vaccinated at least once, and in Suffolk, 73.6%, according to state health data released on Saturday.

While promoting the highest vaccination coverage of Nassau, the highest of the largest counties in the state, county official Laura Callan urged unvaccinated residents to be vaccinated. ..

“As Delta variants continue to spread, unvaccinated populations continue to be at greatest risk …” she said in a statement. “So for those who are postponing getting a shot, it’s time to really come in or make a promise.”

“The good news is that anyone who is vaccinated and exposed to the delta mutant and becomes positive does not get sick,” he said. “The number of hospitals has not increased yet. I think that if a vulnerable population becomes infected, the number of hospitalizations will increase somewhat.”

In Long Island, 59 COVID-19 patients were hospitalized on Friday, up from 53 on Thursday and 54 on Wednesday.

In New York hospitals, COVID-19 infected 354 people on Friday, down from 360 on Thursday, but more than 340 hospitalized on Wednesday.

He said young people are less likely to get seriously ill or die from COVID-19.

According to Ministry of Health statistics, less than half of New Yorkers aged 16 to 25 are fully vaccinated, compared to more than 84% of residents aged 65 to 74.

Despite the surge in case numbers, New York has a much lower per capita rate of new COVID-19 cases compared to most other states.

In general, states with low levels of COVID-19 vaccination have the highest incidence of new cases. According to data from the US Centers for Disease Control and Prevention released Friday, there were 18.8 cases per 100,000 people in the state of New York outside New York City and 39 cases in New York City in the past week.

Four people died of COVID-19 in New York on Friday. Two in Queens, one in Brooklyn, and one in Westchester County.

According to state-reported CDC data, state vaccination rates rose on Friday to 73.7% of adults who received at least one vaccination and 67.2% who were fully vaccinated.

According to state-reported CDC data, counting all New Yorkers, 61.5% have been vaccinated at least once and 55.8% have been fully vaccinated.

On Long Island, 2,851 people received their first vaccination in the 24 hours until 11:00 am on Saturday, and 2,630 received a second dose, a single dose of Johnson & Johnson.

David Olson covers healthcare. He has been working for Newsday since 2015 and previously covered immigration, multicultural issues and religion at The Press-Enterprise in Southern California.