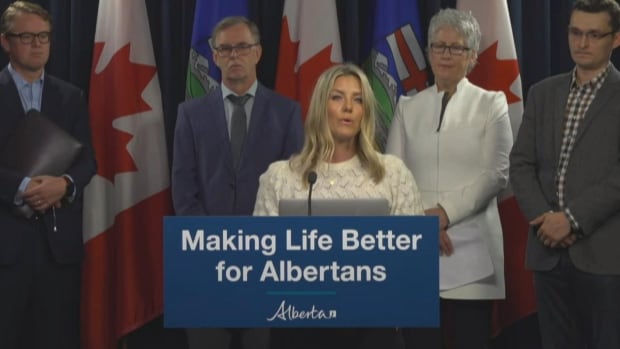 The Alberta government plans to begin screening newborns for rare genetic conditions next year as part of a pilot project funded by a national organization.

Spinal muscular atrophy (or SMA) adds to the 21 conditions in which babies are screened by the Alberta Neonatal Metabolism Screening Program. Alberta Precision Laboratories staff will test blood samples taken by piercing the heel of a newborn baby.

Treating SMA before the child begins to show symptoms greatly increases the chances of the child surviving.

“The evidence is clear. The earlier the diagnosis, the greater the opportunities, choices, treatments, and supportive care.”

This news was welcomed by Jessica Janzen Olstad of Calgary. His son Lewiston died in this condition in November 2016, just before he was six months old.

Lewiston did not show symptoms until he was two months old. At that time, his doctor noticed that Lewiston had little muscle tone and had breathing problems, Janssen Olstad said.

She and her husband had few options before they were diagnosed, she said.

“There was no hope, no cure, no cure,” she said in tears. “It seemed impossible to access clinical trials. They took Lewiston less than a year.

“We prayed for a miracle, but sadly the story wasn’t written as we wanted.”

Janzen Olstad turned her grief to ensuring that other families did not have to experience the same devastation.

She founded the Love for Lewiston Foundation to screen, treat, and ultimately advocate treatments for SMA. The Foundation, in collaboration with Alberta Children’s Hospital, funded SMA’s newborn screening study in 2019. The initiative was led by Dr. Jean-Mah, a pediatric neurologist who is a Lewiston physician.

Alberta, Manitoba and Quebec have announced that they will begin SMA screening on Wednesday, Lintern said. Muscular Dystrophy Canada is also discussing the launch of screening programs with other states, such as British Columbia and Saskatchewan.

“We won’t stop until all babies in Canada have been screened until the SMA’s newborn screening is complete,” she said.

The Alberta Government will continue screening for SMA after the completion of the one-year pilot program.