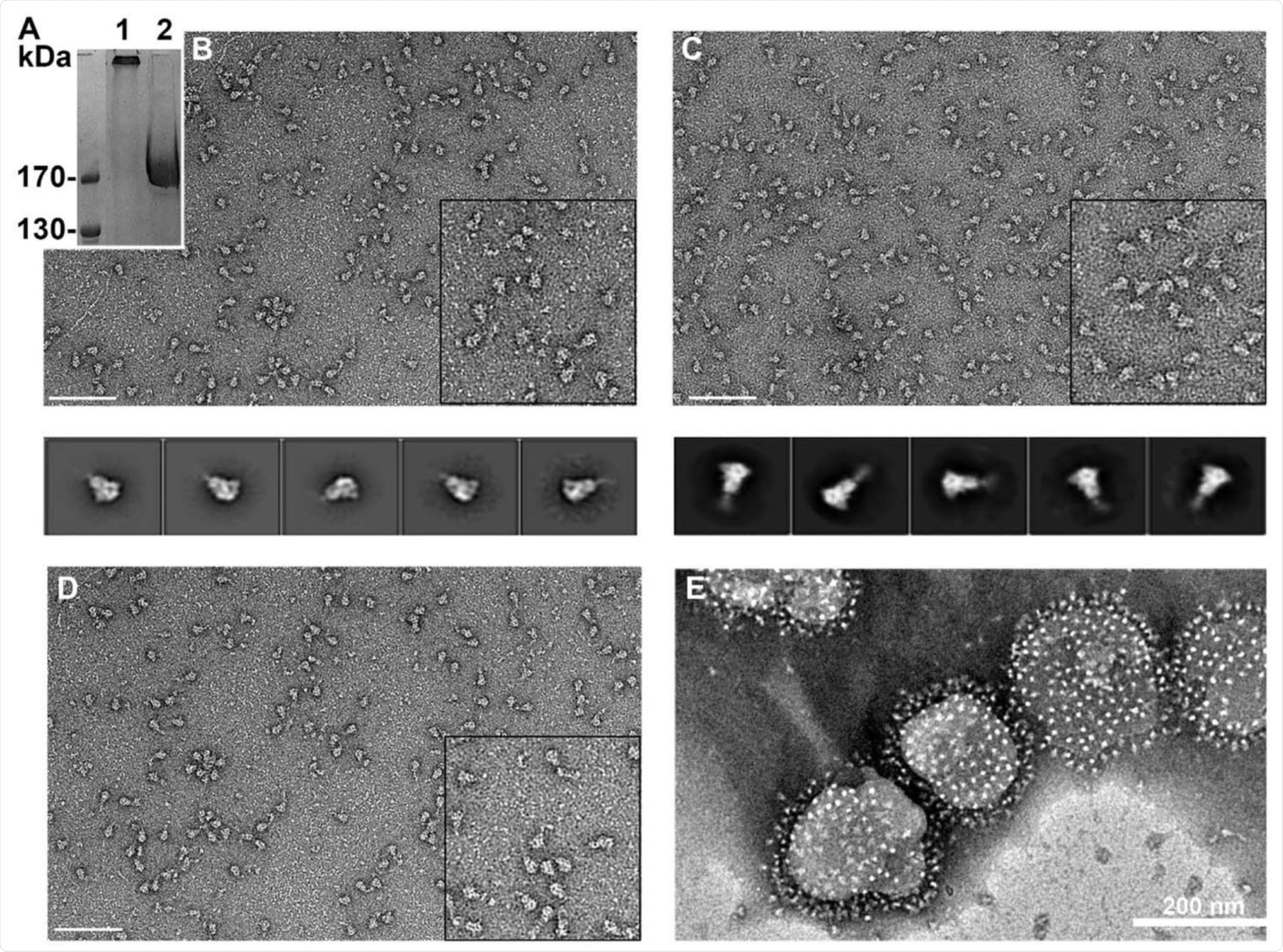 SARS-CoV-2 is an enveloped ribonucleic acid (RNA) virus containing S. Glycoprotein On its surface to help invade the host cell. Since the S protein is the most immunogenic viral component of SARS-CoV-2, it is also a major target for most therapeutic monoclonal antibody therapies and vaccines. Importantly, enrichment of S-target antibodies has been observed in individuals who have recovered with COVID-19.

Development of VLPs including spikes

Scientists have generated native S trimers by expressing synthetic S protein constructs in mammalian cells and then purifying them by size exclusion chromatography. Given the low thermal stability of S glycoproteins, researchers chemically crosslinked the S trimer with formaldehyde. This preserved the original structure for a long period of time. The crosslinked S trimer was coated on liposomes to produce synthetic S-containing VLPs.

For safety and immunogenicity profiling studies, scientists intramuscularly administered VLPs containing monophospholipid A adjuvant S to cynomolgus monkeys at weeks 0, 4, 8, and 19. Serum samples were then collected from immune animals to measure immunogenicity responses. 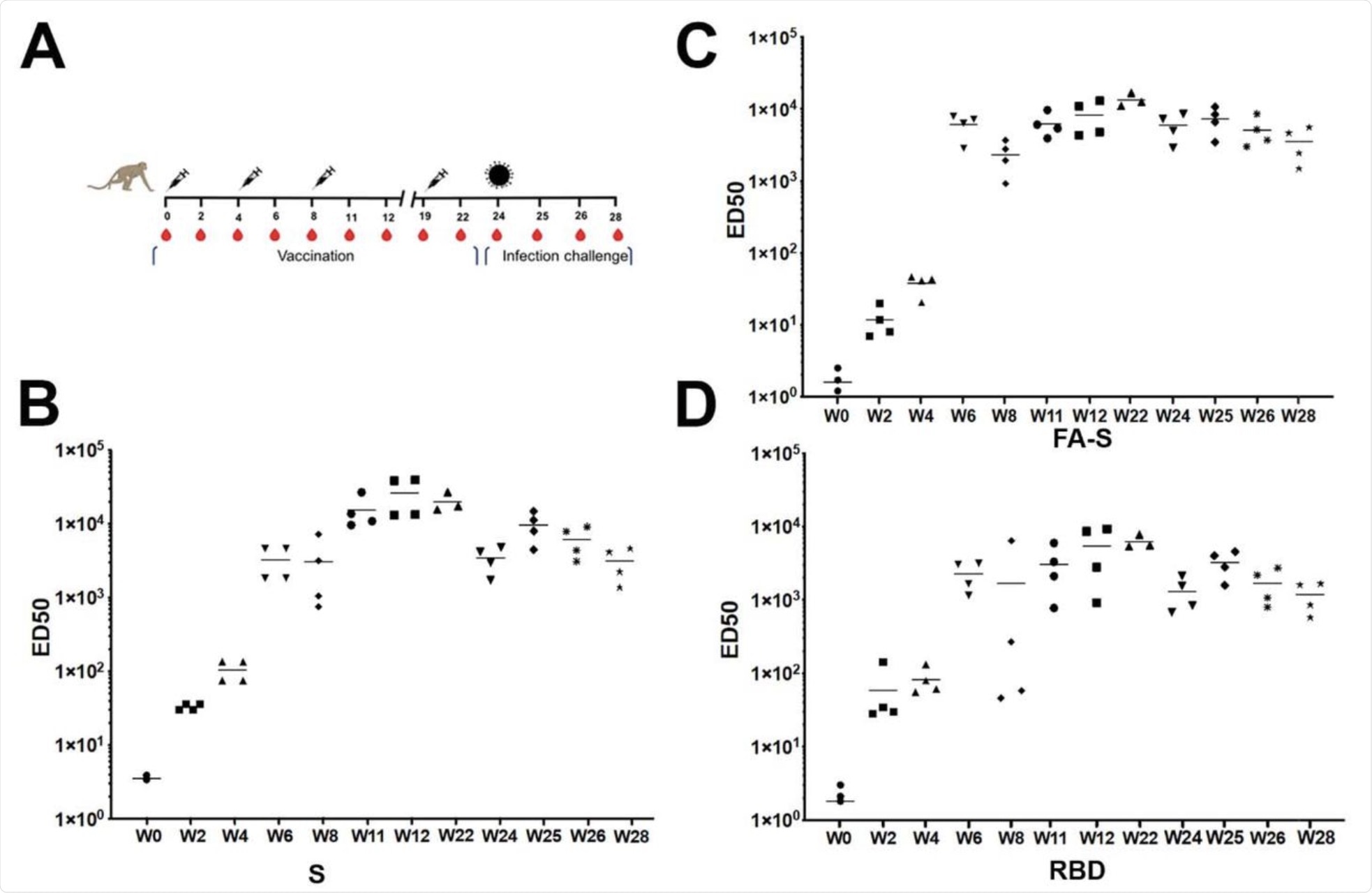 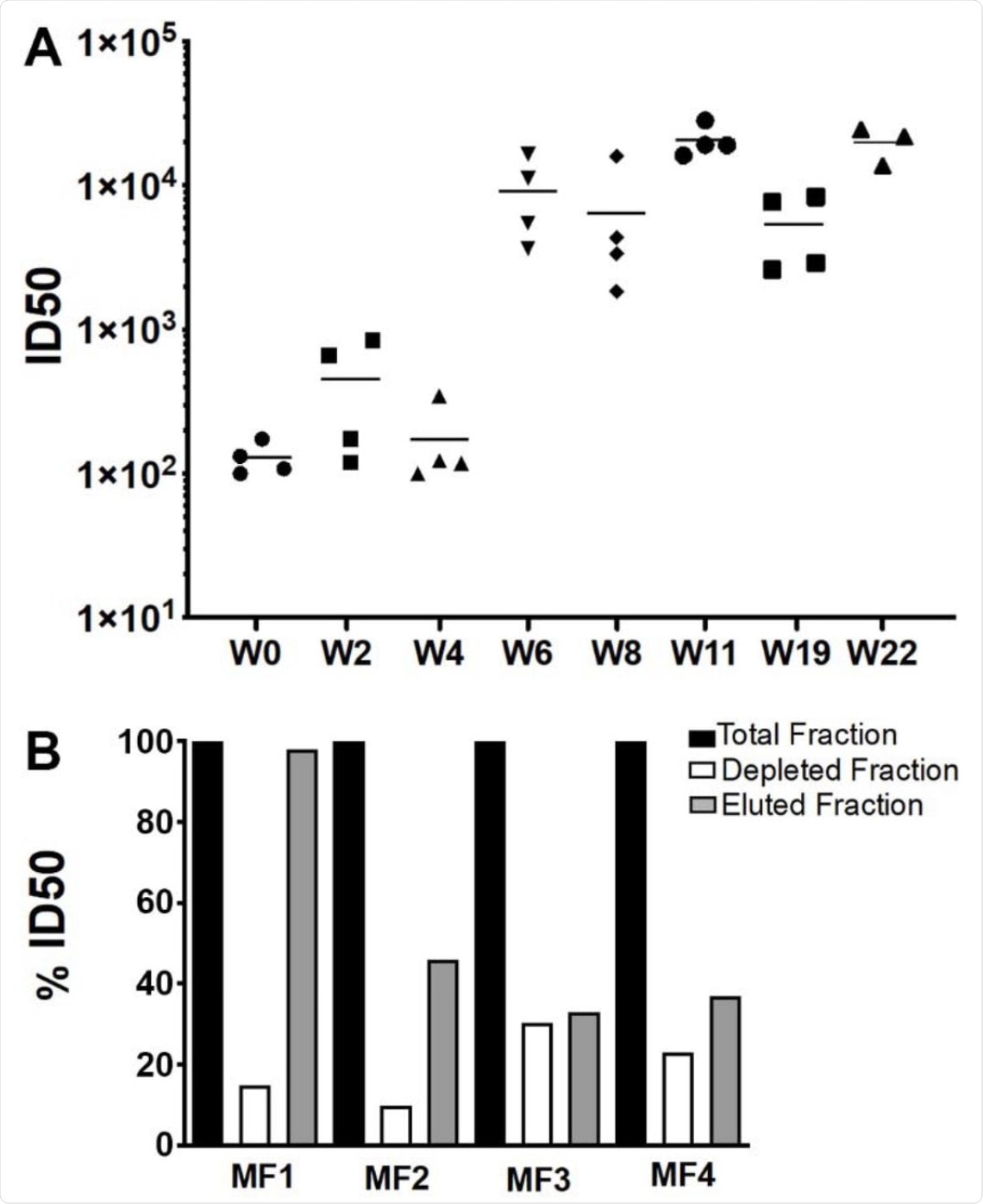 (A) Changes in SARS-CoV-2 neutralizing antibody titers have been shown for sera collected at weeks 0, 2, 4, 6, 8, 11, 12, and 19. The bar shows the median titer of the four animals. B) Serum from week 11 was depleted of RBD-specific antibodies by affinity chromatography, and the neutralization activity of complete sera of each animal was set to 100% and compared with RBD-depleted sera and RBD-specific sera. ..

Therapeutic effect of VLPs including spikes

For further validation, scientists challenged animals intranasally and intratracheally with SARS-CoV-2 5 weeks after the last immunization with S-containing VLPs. As an control, non-immunized animals were also infected with SARS-CoV-2.

In terms of clinical symptoms, none of the immunized animals showed abnormal lung pathology. In addition, these animals maintained stable levels of monocytes after SARS-CoV-2 infection. Similarly, all control animals showed mild lung lesions and elevated monocyte levels after the challenge.

Current research describes the development of S-containing VLPs that have a significant effect on the induction of sterile immunity against SARS-CoV-2.Importantly, these findings indicate induction of non-RBD antibody after 3rd Immunization. This may be beneficial in increasing the overall neutralizing effect of the vaccine against mutated viral variants. As scientists have stated, non-RBD antibodies are especially needed to compensate for the loss of RBD-specific neutralization over time.

Oregon hospitals are preparing for a new surge in COVID-19 patients.Some delayed surgery