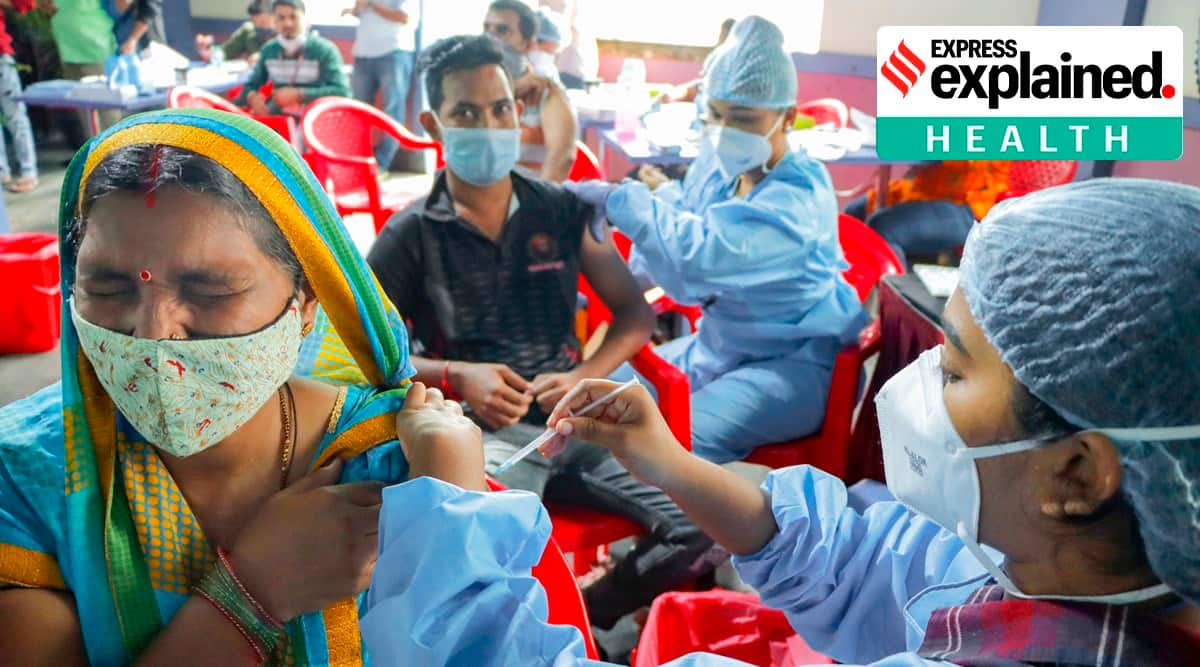 In a possible explanation of the rapid spread of Delta variant SARS-CoV2 virus Studies published in Nature This particular variant has been shown to be much more capable of infecting and avoiding the immune response obtained by previous infections and vaccines.

The first delta variant discovered in Maharashtra, or the B.1.617.2 strain, is not only in India, but Several other countries.. According to the World Health Organization, delta variants currently exist in at least 170 countries.

The Nature Study, conducted by an international team of researchers, including several institutions in India, is based on data collected from India by the end of May. The results were first reported in June, when the preprint version became available, prior to peer review.

What are the main findings?

In other words, compared to the original virus, the delta variant is eight times more likely to cause a breakthrough infection among vaccinated people and six times more likely to reinfect those who have recovered from a previous infection. it was high. The vaccines considered in this study were developed by AstraZeneca and the University of Oxford, and Pfizer and BioNTech.

In addition, the study reported a high “replication and spike-mediated invasion” of delta variants. This means that it has a higher ability to infect and multiply in the human body than the B.1.617.1 strain.

The study also examined 130 breakthrough infections in fully vaccinated health workers at three hospitals in Delhi and found that the vaccine was less effective against delta variants.

Anurag Agrawal, director of the Delhi-based CSIR-Institute of Genomics and Integrative Biology and co-author of the study, said: ..

“But the good news is that vaccination leads to a reduction in the severity of the disease, as well as previous infections,” he said.

What other evidence is there about the effectiveness of the vaccine against Delta?

Recently, the World Health Organization cited four studies (two in the United States, one in the United Kingdom, and one in Qatar) that provided similar evidence for reduced vaccine efficacy against delta mutants.

So how important is the vaccine?

Vineeta Bal, an immunologist at the Indian Institute of Science Education and Research (IISER) in Pune, pointed out that the study should not convince people that the vaccine did not help. She pointed out that the Nature study was conducted on in vitro samples in a laboratory environment.

“All the data obtained from in vitro studies is a surrogate assessment instead of what is actually happening in the body. The limitation is that neutralizing antibodies (tested in the study) do not provide a complete answer. Immunoprotection is provided by neutralizing antibody and T cell responses. In vaccinated or previously infected individuals, both antibody and T cells contribute to protection. In this study The key components of the immune response are not considered because no data on T cells are presented, “she said.

But Baru said the results of this study were not surprising.

“Currently, the majority of infections are caused by delta mutants, and it is not surprising that it is the most common virus found in cases of reinfection or post-vaccination,” she said. Told.

“Vaccination does not provide 100% protection. Breakthrough infectious disease It’s neither unusual nor unheard of. However, the incidence and hospitalization of serious illnesses will be significantly lower than in the vaccinated group compared to the unvaccinated or uninfected group, “she said. rice field.

Anu Lagunasan, a scientist at Pune’s National Institute of Chemistry, said the study simply meant that large amounts of antibodies were needed to block the delta mutants.

“The vaccine is still effective. The delta mutant is slightly less sensitive to neutralizing antibodies. It is against the original virus during the first wave to block the delta mutant. This means that 5 to 8 times more antibodies are needed to elicit the same type of immune response, “she said.

What are the ways to move forward in dealing with new variants?

The original Wuhan virus mutated into dangerous alpha, beta, kappa, and delta variants one after another. The virus will probably continue to mutate into new forms. However, not all mutations need to mean that they are more harmful.

Experts say that the only effective way to delay the emergence of new variants is to reduce the spread of the infection through measures such as vaccination and adherence to proper behavior for Covid.

“Like this study, we will continue to monitor the effectiveness of antibody responses to new mutants and continue to assess whether a booster vaccine dose is needed or whether the vaccine itself needs to be renewed. At the same time, we need to continue genomic surveillance of new mutants, “says Lagunasan.

Over 77% of new unvaccinated COVID-19 infections, as BC records 814 new cases