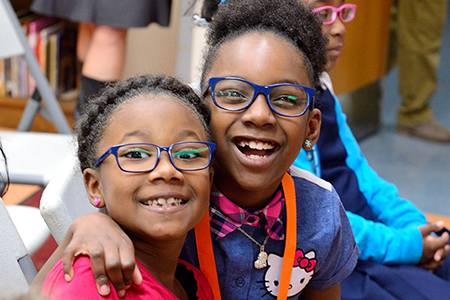 Students who received eyeglasses based in the school Baltimore Program Vision Researchers at the Wilmer Eye Institute and Johns Hopkins in the Faculty of Education, who scored higher on reading and math tests, found in the largest clinical study of the effects of glass on education to date in the United States. The researchers found that the students who struggled most academically before receiving the glasses showed the greatest improvement.

The results of this study affect millions of children who suffer from vision impairment but lack access to pediatric ophthalmic care. Released today JAMA Ophthalmology..

“We have shown exactly that giving children the glasses they need can help them succeed in school,” said the senior author. Megan Collins, Pediatric ophthalmologist Wilmer Eye Institute,Associate Professor Johns Hopkins Berman Institute for Bioethics, And co-director Johns Hopkins Consortium for School-Based Health Solutions.. “The success of the Vision for Baltimore program model and findings has the potential to improve student health and educational equity across the country.”

The team received eye examinations and eyeglasses through the Vision for Baltimore program, an initiative launched in 2016 after John’s Hopkins researchers identified an urgent need for vision care among students in the city’s public schools. I surveyed the students. Students from K to 8th grade probably needed eyeglasses, but many didn’t know it or had no way to get them.

In its sixth year, Vision for Baltimore is operated and funded in collaboration with Johns Hopkins School of Education and Medicine, Baltimore City Public School, Baltimore City Health Department, and eyewear retailers. Warby Parker, And a national non-profit organization Vision to learn.. The Baltimore City Department of Health will perform the screening, Vision To Learn will perform the eye examination, and Warby Parker will donate the eyeglasses. In addition to providing over $ 1 million in support, Johns Hopkins works closely with the program team to provide technical assistance.

In the first five years, Vision for Baltimore tested the eyesight of more than 64,000 students and distributed more than 8,000 pairs of eyeglasses. The Johns Hopkins study is the most powerful study to date in assessing whether receiving eyeglasses through a school-based vision program affects a child’s school performance.

A three-year randomized clinical trial from 2016 to 2019 analyzed the performance of 2,304 students in grades 3-7 who received screening, vision tests, and eyeglasses from Vision for Baltimore. The team examined the scores on standardized reading and math tests to measure the impact of both one and two years.

“Glasses have brought the greatest benefit to the children who need them most, the ones who are really struggling at school,” Collins said. 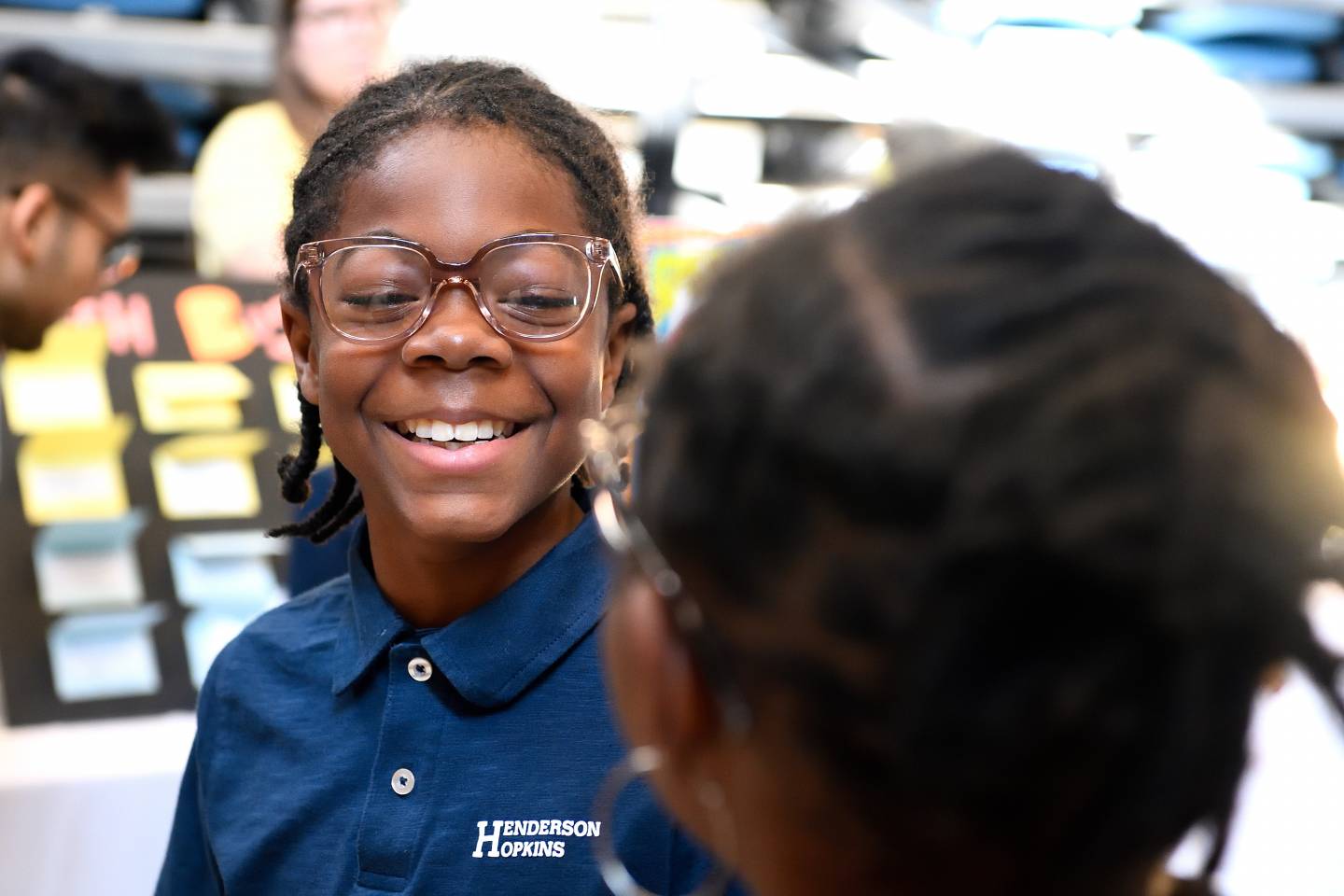 Amanda J. Naitzel, the lead author and deputy director of evidence research at the Johns Hopkins Center for Education and Research Reform, said that the overall benefit of students with glasses is basically 2 ~ compared to students without glasses. It was equivalent to 4 months of additional education. For students who perform well in the lowest quartile or who participate in special education, wearing glasses is equivalent to 4-6 months of additional learning. This is almost half a grade.

“This is how you fill the gap,” Neitzel said.

The academic improvement seen a year later did not last for more than two years. Researchers believe that this may be the result of students not wearing glasses over time, probably because they lost or broke their glasses.

To maintain academic performance, in addition to providing initial exams and eyeglasses, school-based vision programs ensure that children are wearing eyeglasses and wear eyeglasses as needed. He says he needs to develop a stronger effort to replace it.

“Based on a thorough and rigorous study, this study proved the most basic assumptions in launching Baltimore’s vision six years ago. Providing children’s eyeglasses at school helped to succeed in school. It ’s going to be a big improvement, ”said Johns Hopkins University President. Ron Daniels Said. “These results support the dedication of all of our dedicated partners in the program, from principals, staff and teachers throughout the Baltimore City School to Vision to Learn Optometrists and Johns Hopkins School Vision Advocates. State and city leaders to enable this influential program to secure sustainable funding for years to come. “

“Based on a thorough and rigorous study, this study proved the most basic assumptions about launching Baltimore’s vision six years ago. Providing children’s eyeglasses at school helped to succeed in school. It means that it will be greatly improved. ”

Added Sonja Brookins Santelises, Baltimore Municipal Public School CEO: “The Baltimore vision is not just about modifying the vision of the students in the city school. It not only supports the ability to see and interact with the lessons clearly, but also. A self-supporting gift. Respect. We are grateful that this program removes barriers to the success of students, especially those who struggle with access to medical care. “

Warby Parker co-founder and co-CEO Neil Blumenthal agreed that the findings confirm what his team saw.

“The results of a three-year clinical study facilitated by Johns Hopkins and Baltimore’s vision prove that we saw it directly in the Student Project Program: a pair of glasses for a child’s learning ability. It can greatly improve your ability to succeed. School. ” “With these results, our goal is to continue expanding our student project program as we work towards the vision of everyone.”

To maintain and expand Baltimore’s vision, partners continue to seek state support through public insurance programs, support local, regional, and national philanthropy, and other parts of the country have their own version of the program. I hope you can adopt.

“VisionToLearn was founded with the mission of ensuring that no children lack the glasses needed to succeed in school and life,” said founder Austin Boytner, who has 250,000 people. He added that he is providing eyeglasses to nearby children. Over 500 poorly serviced communities nationwide. “Our efforts depend on the care of our local partners. We appreciate the leadership of Johns Hopkins and the commitment of all our partners in Baltimore.”

Added Baltimore City Health Commissioner Letitia Dzirasa: “Children in Baltimore are successful in their studies when sent to classes ready to learn. In 2016, the Vision for Baltimore Partnership removes barriers to care and is high for all students from pre-kindergarten. We promised to provide quality vision services. Second grade in middle school. Baltimore’s vision is to provide every child with a clearly visible opportunity, regardless of their ability to pay. Today we are committed to that effort. We proudly celebrate the results. “

This work was funded by the Abel Foundation, the Laura and John Arnold Foundation, and the Hackerman Foundation.