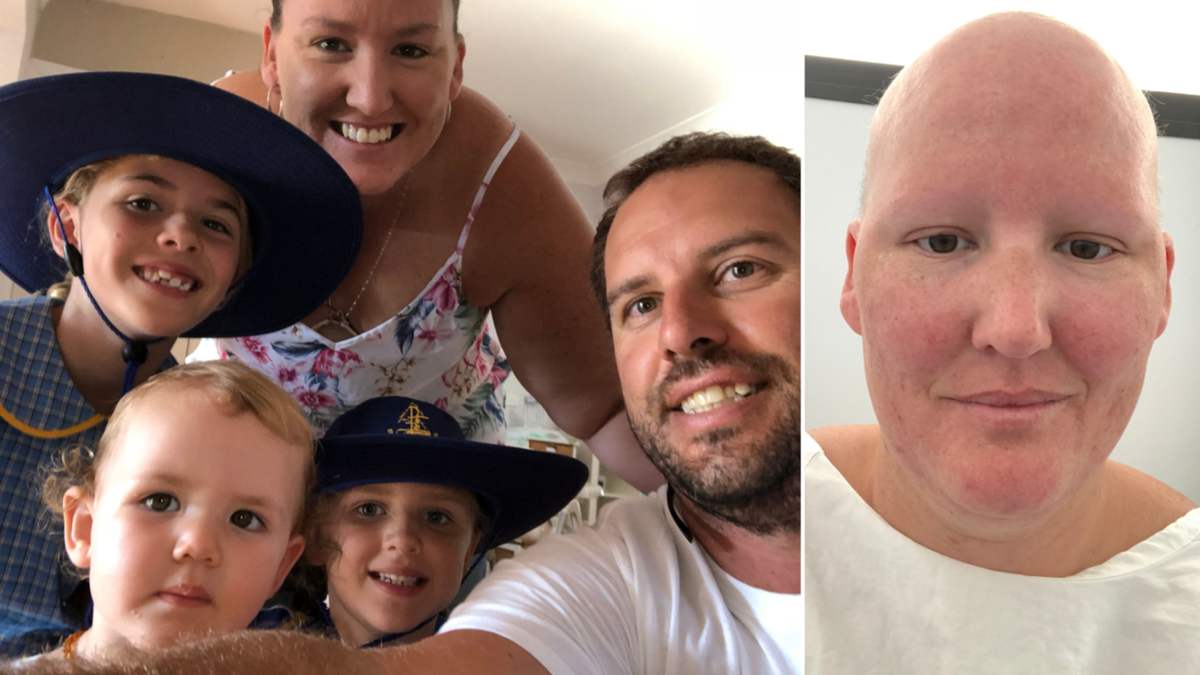 Erin Sims had little opportunity to sit down when her GP told her, “I’m sorry, it’s cancer.”

Three mothers in Sydney were taking a shower a week before Christmas 2018 when they found a lump in their left breast.

“I’m 34 years old, my father has five sisters, my mother is one of five girls, and I have no family history of breast cancer,” she said. 7NEWS.com.au..

A few weeks later, in mid-January, Erin decided to check in with the doctor who sent her for mammograms and ultrasound.

“I went straight from the general practitioner’s surgery. Usually I was procrastinating and would have left it. I had the script in my bag since last October. What gave me that I don’t know if I let him do it, but I ran straight there, “she said.

“They said,’I’ll try to squeeze you this afternoon, but otherwise I won’t be able to meet you until February 5th’-another three weeks away. “

Thankfully, they managed to fit her and within a few days she was sent to a biopsy.

“On Friday, (my doctor) called and said,’What time can you be here?'” She said.

“When I was sitting in a chair, and before he closed the door, he said-“I’m sorry, it’s cancer. “

Erin was diagnosed with triple-negative breast cancer and grew more than 1 cm between the January 18 scan and the February 14 mastectomy.

“It’s very scary to think about what would have happened if I left it,” she added.

That night, a daughter’s 8th birthday party was planned, so Erin said:

The next hurdle was to explain what was happening to her three young girls (8, 5, 18 months).

When the child in her middle asked her if she would die, Erin could only say “I don’t know, my loved one.”

“We were very honest with them about everything that I think helped.”

Eventually, she was released from cancer, and now two years later, she is tested every four months and every year for the next 10 years of mammograms and ultrasonography.

She is currently working to raise awareness of the condition in which about 55 Australians are diagnosed daily.

“If you notice something has changed, check it out as soon as possible. Your age doesn’t matter. Breast cancer can happen to anyone,” she said.

In the COVID-19 pandemic, breast screening, breast care appointments, and surgery were reduced, and about 98% of breast screenings were canceled or delayed in 2020 due to appointment changes and the closure of the BreastScreen facility.

Diagnostic and clinical trial surgery was also reduced by up to a third in the first wave of COVID-19 alone.

Samantha Oakes, associate professor of research and investment at the National Breast Cancer Foundation (NBCF), told 7NEWS.com.au that more investment in more advanced and difficult-to-treat breast cancer would be needed to address the potential impact. Said there was.

“During the pandemic, breast screening appointments were reduced, and even more worrisome, in 2020 alone, we saw 1000 fewer breast cancer-related surgeries, including biopsies and mastectomy. The number of breast cancers could increase in the next few years, “she said.

“Obviously, NBCF is concerned about this statistic.”

“The earlier breast cancer is detected, the better it can be treated.”

According to Oaks, 100% of men and women diagnosed with stage 1 breast cancer survive up to the five-year milestone, but survival rates decline dramatically as the cancer progresses.

“Unfortunately, if you are diagnosed with stage 4 or metastatic breast cancer, this survival rate drops to 32% in 5 years.

“We know that the earlier breast cancer is detected, the better it can be treated.

“Also, there is still no very effective treatment for metastatic breast cancer to actually achieve our mission to end breast cancer death.”

Resurrection of influenza?Experts warn that they may be back this winter

Outbreak of Covid 19 Delta: Why You Shouldn’t Allow the Virus Outbreak in New Zealand-Experts