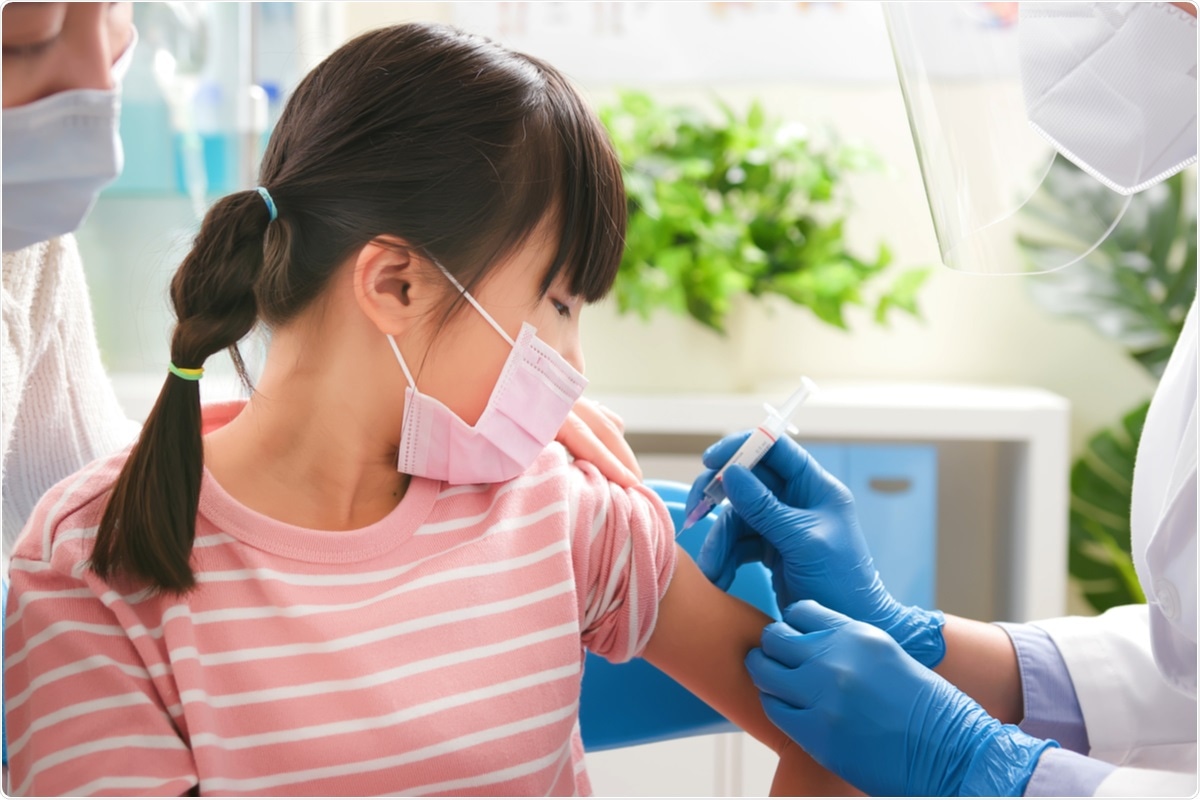 As SARS-CoV-2 spreads rapidly around the world, scientists have responded with unprecedented efforts to develop effective vaccines.

Due to the high morbidity and mortality between the elderly and those with potential comorbidities, vaccine deployment was initially prioritized over these groups, with front-line key workers prioritized.

However, many groups were at risk of infection and were able to promote infection in the community. This includes children who do not have a high incidence of symptomatic coronavirus disease (COVID-19) in 2019, but who carry the virus at high load and can help spread the virus.

As school resumes, children develop a higher rate of COVID-19. This has led to an increase in severe cases in this age group, with a minority developing the following complications: Pediatric multisystem inflammatory syndrome (MIS-C).

This has raised awareness that children should also be vaccinated. One area of ​​uncertainty was how this group responded to these vaccines with a relatively naive immune system.

The current study investigated the immune response of children who received two doses of 100 μg of mRNA-1273 (Moderna) vaccine. The median age of the group was 9 years.

The three time points selected for the study of antibody response were pre-vaccination and 4 weeks after the first and second doses, respectively. These are represented as V0, V1, and V2.

Researchers have found that vaccination produces immunoglobulin (Ig) antibodies that target viral spikes, namely IgM, IgA, and IgG1-binding antibodies, in V1. IgA1 and IgG1 antibody titers increased significantly at V2, but anti-spiking IgM decreased, albeit slightly. This indicates that the class switch has progressed as needed.

Neutralizing antibody Detected after priming administration. They rose further to levels equal to or better than adults and higher than naturally infected children after booster immunization in all vaccinated children.

This is consistent with studies showing that antibody isotypes change with age, with IgG responses being more pronounced in children but broader in adults. This may mean that children are more susceptible to mucosal infections such as influenza and respiratory syncytial virus.

To counter this, children’s vaccines may need to be modified to enhance mucosal immunity via IgA antibodies.

In adults, protection against severe COVID-19 relies on antibody effector functions such as cytotoxicity and opsonin-mediated phagocytosis. This aspect was investigated in this study.

The results show that the pediatric vaccine also resulted in an anti-spiked IgG antibody that binds strongly to all Fcγ receptors after priming compared to the response after spontaneous infection. This binding response was enhanced after the second dose.

IgA-FcαR-binding antibodies were reduced in vaccinated children compared to adults, as expected from lower IgA levels in children.

We also investigated vaccine-induced effector function in children. These fluctuated and ADCD and ANDP occurred at levels comparable to adults after booster immunization, but the priming dose response was low.

ADCP was high after priming and even higher after booster, above adult levels. Natural killer (NK) lymphocyte activation seen in the adult subgroup was seen at slightly lower levels in post-vaccinated children.

Binding of antibodies to different domains of spike antigens followed a similar response pattern regardless of age. This suggests that other factors, such as the glycosylation pattern of antibody Fc, may promote a higher antibody response in children rather than differences in binding profiles.

Further analysis using a machine learning approach shows that many features of vaccine-induced functional immunity were higher in children. The strong FcγR binding capacity promoted this, resulting in Fc-mediated phagocytosis in children.

Children now have a naive immune repertoire and are thought to respond more flexibly and broadly to new pathogens through the production of naive immune cells by the thymus and bone marrow. In this case, the binding titers of all SARS-CoV-2 mutants of concern were lower in children than in wild-type spikes, and FcγR binding was also lower, reflecting adult binding titers.

Neutralization responses to wild-type mutants were identical in children and adults, but significantly lower in children compared to adults for delta mutants.

Nonetheless, sera from vaccinated children strongly neutralized the viral ancestors and delta strains, and there was a preferred spread of ADNP and ADCP in children for both mutants. Notable.

The results show that inoculating children with the mRNA vaccine induces higher antibody titers and effector functions than those seen after spontaneous infection. Protection has extended to all variants of SARS-CoV-2 concern.

Children appeared to respond to the vaccine with higher Fcγ receptor binding and phagocytic antibodies than adults. Poor response to deltas may indicate the need to incorporate pooled antigens or use heterologous vaccine therapy. This may guarantee a broad response that covers not only SARS-CoV-2 variants, but also other new coronavirus pathogens.

Vaccine-induced immunity to the variant of concern outweighed the immunity elicited by natural infection. In addition, children can protect themselves from viruses by using antibody effector functions, rather than relying solely on neutralizing antibodies.

Why exercise is more important than weight loss for longevity