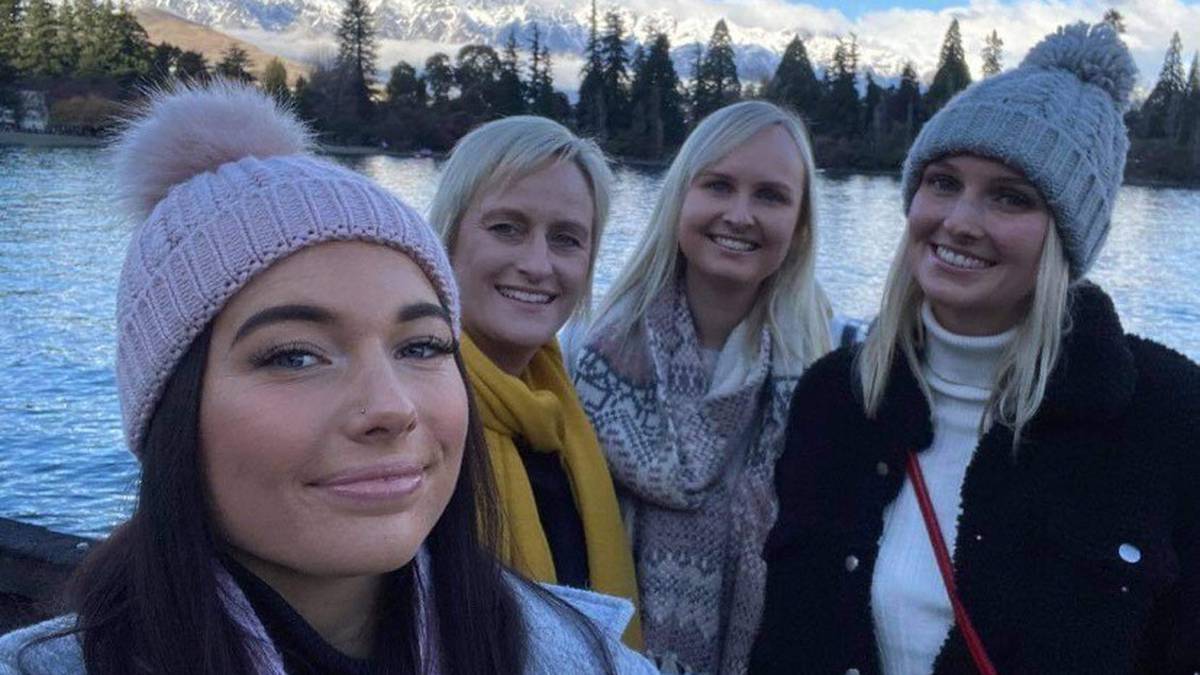 Unless the government takes urgent action, more than 133 women can die of breast cancer that they do not yet know they have.

It’s a disastrous warning from the Breast Cancer Foundation, which is running a national campaign today to combat the months’ untreated portion that is putting a deadly burden on screening programs.

“Literally, Covid brought us back ten years ago, which is tragic and absolutely tragic,” Ah-Leen Rayner, CEO of the Breast Cancer Foundation, told Herald.

According to Reiner, people are calling to book on the mammogram after being told to wait until next year after the unusual results of the smear test.

Comparing the country’s breast cancer diagnosis rate to the previous year, the Foundation calculated that 133 women were unaware that they had a potentially fatal illness-and that might just be the tip of the iceberg. ..

This is due to a snowballing backlog associated with the national breast screening program being put on hold and capacity reduced from level 3 when the country entered alert level 4 on August 18.

They are calling on New Zealanders to sign Petition Call on the government for the next urgent action:

• Adding Participation in Breast Screening to New Health System Indicators Health Minister Andrew Little has announced that he will measure how well our public health system is working.

• Invest in restoring the BreastScreenAotearoa program, expanding to the agreed goal of covering 70% of women aged 45-69, and expanding to 70-74 as in other countries.

Prior to Covid’s attack on New Zealand, the screening program exceeded its target with a national coverage of 71%, Reiner said.

“That coverage dropped significantly (66%), even worse for the minority group, 58% for Maori and 62% for Pacifica,” she said.

She said the zip code lottery for cancer treatment was also deteriorating as various areas entered and exited the blockade.

“As women, we tend to talk about these things only when something goes wrong … we change that paradigm and actively ask each other,” Have you been screened? “,” Do you know the signs and symptoms? “Tends to have a reactive conversation about health rather than a positive conversation.”

In 2019, the government introduced a cancer control agency to retain the authority to explain and end inequality in cancer treatment.

Herald asked Professor Diana Sulfati, CEO of the cancer control agency Te Aho o Te Cuff, if she and the agency would support the campaign. She couldn’t answer directly.

Instead, Mr. Sulfati said people could still be screened at alert levels 1, 2, and 3 and urged people to attend the appointment if it was reserved.

“If you feel or have concerns about breast lumps, don’t wait for a screening appointment. See your doctor. Your doctor works at all alert levels and helps with any symptoms of concern. You can, “says Sarfati.

“Last year’s monitoring showed that after the lockdown in March 2020, cancer diagnoses declined and then increased months. I know it took months for breast cancer diagnoses to catch up. This is what Te Aho o Te Kahu will continue to do. Monitor. “

Health Minister Aisha Veral, who is in charge of breast screening, has promised to give New Zealand women access to the medical care they need, but cannot give a direct answer as to whether the campaign’s petition will be considered. Said he didn’t.

Instead, Veral said screening providers are working hard to provide women’s appointments as a result of missing screens during the Level 4 blockade.

“At alert levels 2 and 3, it is safe for women to return to screening. I encourage women to attend appointments.”

She said the budget 2021 has invested up to $ 55.6 million to upgrade the breast cancer screening system to reduce the number of people dying from the disease.

An additional $ 10 million was allocated in budget 2021 to keep up with the growing population and catch up with the breast screens that were overlooked due to the blockade, Verarll said.

She said the National Screening Unit is working on a number of initiatives to increase participation by significantly reducing barriers to screening, especially for Maori and Pacific women with low screening rates.

This includes a variety of funding models, collaborative design work between Maori and Pacific women, and the use of mobile screening units that can be moved to remote communities, Verarll said.

She said the Ministry of Health continued to review international evidence for expanding the age range of breast cancer screening.

When Sarah Kane learned that she had breast cancer after waiting four months for her test, her first thought was that her mother died of cancer.

Two 48-year-old Auckland mothers wanted to share her story to encourage the government to take the campaign seriously.

“I was lucky, but I was able to beat the cancer late, but others wouldn’t be so lucky,” she said.

She had an abnormal breast screen and was originally reserved for the mammogram at the end of May last year, but was pushed out until August and again until September due to Covid’s backlog.

Her mammogram test showed that more tests were needed, so she had a biopsy on October 7. At that time, she learned that she had grade 2 invasive cancer.

“My first idea was that I lost my mother to lung cancer,” Kane said.

She also lost her job because of Covid and was offered a new cancer a few days before she realized she had cancer, but she had to turn down the cancer to focus on her health.

“It was a lot of stress … I couldn’t work, so I had no income during that time.”

She took a week to consider her options and decided to choose partial removal and radiation therapy.

“It was really hard for the whole family. My daughters were very hard. It was hard to see me experience it because I was feeling sick for months and had a lot of promises and a lot of worries. . “

Almost a year later, she counts her blessings for the absence of cancer, but said it was a really difficult battle and not everyone was so lucky.

An Oldham girl, 12 years old, died of Covid a few days after developing a cough.

The Cleveland Clinic refused a woman’s liver transplant because of the refusal of the COVID vaccine: “It was painful”