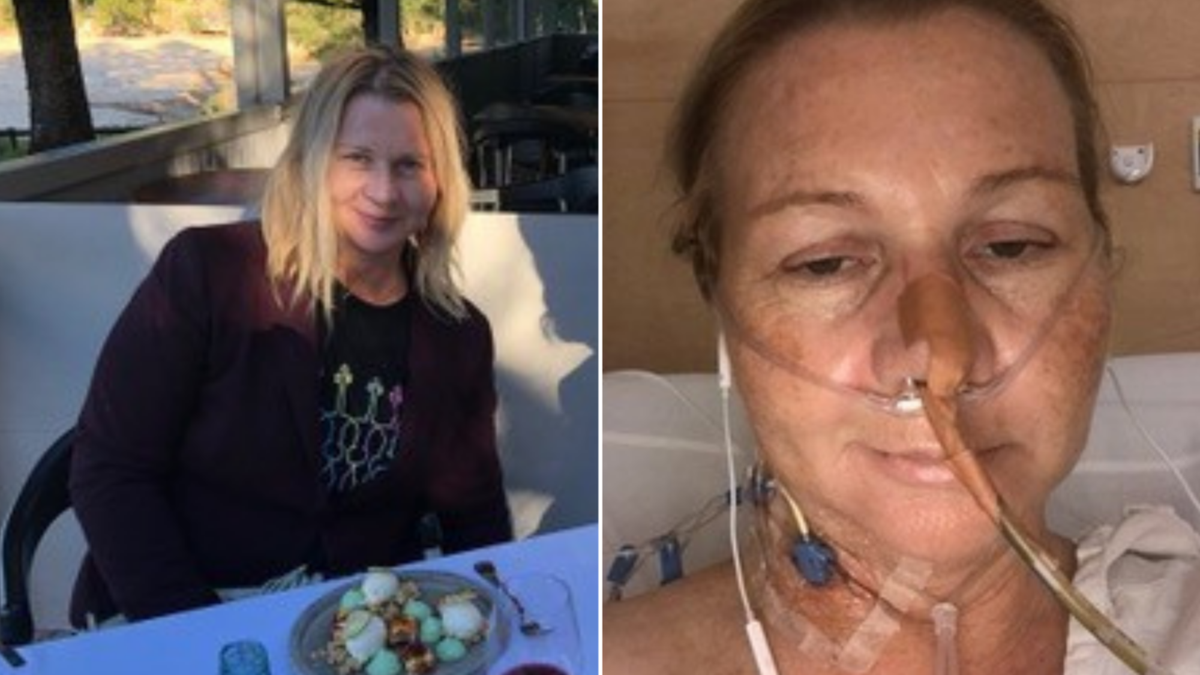 One night, a disabled support worker in Sydney was told by a doctor that she was experiencing signs of menopause with “pain” pain to find out she had stage 3 ovarian cancer.

“I bleed for a month at a time, but it was a nightmare because I love swimming,” she said.

“I was referred to an obstetrician and gynecologist who tried the IUD, but unfortunately my body immediately rejected it and became septic. It was pretty scary.”

After being released from the hospital, Jane’s cycle “continued to regenerate.”

“I just thought I had to deal with it because there was no other solution. So I wanted to experience menopause and lived with that discomfort for another year, and I Will be fine again, “she said.

Jane had been attending a “great” doctor for years, but she decided to try another doctor near her house.

“They were at a loss to explain my symptoms as well. They tried a few other things and many blood tests, but there were no signs of cancer, the point is that they I think I wasn’t looking for cancer, “she said.

Jane experienced months of abdominal pain and, despite having a very healthy and active lifestyle, gained considerable weight. Symptoms were dismissed as “typical perimenopausal”.

“I was exercising and observing calories, but the tumor was unknown, which I think is why they call it a silent killer,” she said.

“It was pretty annoying, but it wasn’t the fault of anyone. It’s not a game of blame, it’s just how cunning the tumor is.”

“I think that’s why they call it a silent killer.”

In February 2021, Jane rang Triple 0 after many sleepless nights and constant “pain” in the abdomen.

“My family has a history of intestinal cancer and I just thought-now it’s my turn,” she said.

“I was ready to hear something pretty dark to tell you the truth.”

A CT scan revealed a 4 kg tumor in the left ovary, which was large enough to compress other organs.

“They knew it was cancerous just by looking at it, so they didn’t even have to do a biopsy.”

Other scans revealed that it had also spread to the lymph nodes around her stomach, kidneys, and pancreas.

After her surgery, Jane switched to 6 months of chemotherapy each week and thankfully went into remission in November. She gets a scan every three months to monitor her condition.

Jane said no one blamed her for the delay in her diagnosis, but she said she was urging other women to “be proactive and trust your gut.”

“The doctor doesn’t have a crystal ball, but you can arrange a CT or PET scan. That’s something I definitely ask,” she said.

She celebrates the health of doctors, oncologists, and dedicated nurses and staff at Royal North Shore Public, adding: I know they are all grateful to be here. “

Jane encouraged other women to rely on their support network, but emphasized that the treatment was “not as scary as it was years ago.”

“I can honestly say that I didn’t feel any pain during this trip,” she said.

Jane’s story is not an isolated story.

Ovarian cancer affects about 1,500 Australian women each year. Only one in four will survive.

Due to non-specific symptoms and lack of accurate testing, women are often diagnosed as the cancer progresses, are difficult to treat, and have limited options.

On Tuesday, the Therapeutic Goods Department approved the use of Zedura, a maintenance therapy for patients with advanced ovarian cancer, for anyone responding to first-line treatments such as chemotherapy.

Medical oncologist Professor Sally Baron-Hay states that the announcement is “really important” given that the new treatment options were in the area of ​​”unmet needs”.

“It provides more women with the opportunity to live longer.”-Professor Baron Hay

Oral contraceptives given for 3 years were previously available only to women with advanced ovarian cancer (about 25% of patients) with known BRCA mutations.

“But the remaining 75% participated in the surveillance program knowing that no further treatment options were previously available and 80% could have a recurrence.”

Studies show that this treatment can improve survival by at least 30%.

“It provides more women with the opportunity to live a longer life without the recurrence of their illness,” said Professor Baron-Hay.

Zedura will be a new treatment option for women like Jane if her cancer recurs.

Treatment is approved by the TGA, but at the cost of out-of-pocket costs, experts “want” to be added to the benefit scheme by the end of the year.

COVID-19: Two new deaths have been reported in the Waterloo region due to the current 136 patients in the regional hospital.