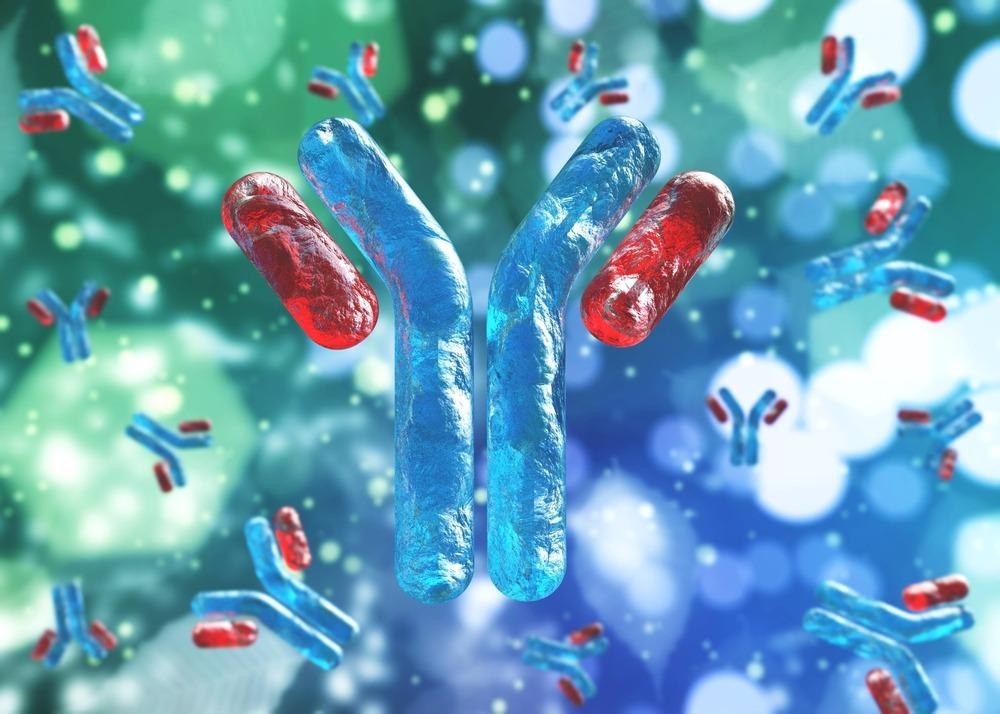 Vaccines have been deployed on a large scale since the second year of the ongoing coronavirus disease (COVID-19) pandemic in 2019.However, the appearance of numerous SARS-CoV-2 mutants with improved antigenic escape was reduced. Effectiveness of Most vaccines.

Therefore, effective treatments and preventatives are still in urgent need. In addition, the constant threat of new zoonotic diseases is not unique to a single threat, but emphasizes the need to develop drugs that provide widespread protection.

The administration of antibodies is called passive immunity. For example, monoclonal antibodies are particularly useful in preventing the development of severe COVID-19, especially in at-risk patient populations such as immunocompromised patients with poor vaccine response, the elderly, and patients with the underlying disorder. However, the cost, the required high doses, and the difficulty of storing and transporting these antibodies at very low temperatures limits their universal use.

Another option is the use of Nanobodies, which are single domain antibodies consisting of variable domains of the heavy chain of camel antibodies. In particular, Nanobodies have a molecular weight of 15 kilodaltons (kD), which is one-tenth that of human antibodies, compared to 150 kD. Currently, Nanobodies are being investigated for their usefulness in the treatment of cancer, infectious diseases, autoimmune diseases, and inflammatory conditions and were first approved in 2018.

A related class of single domain antibodies is the variable new antigen receptor (VNAR) found in cartilaginous fish such as sharks and skates. They are “vnarbodiesIs slightly smaller than a 13kD Nanobody.

Both of these types of single domain antibodies are superior to other types of antibodies. These include high target affinity, increased storage temperature, small size that allows binding to previously inaccessible epitopes, and non-mammalian cells.

Researchers in the current study focused on vnarbodies in the hope that they would be more stable than human antibodies because they are derived from animals with high urea levels in the body.For this purpose, the anti-SARS-CoV-2 virus was isolated from the virus-inoculated carpet shark. Spike protein Then, the SARS-CoV-2 spike protein was screened for its picomolar binding affinity for the receptor binding domain (RBD).

The Neutralizing antibody20G6 and 17F6 were selected as a result of their high neutralizing ability against multiple SARS-CoV-2 mutants and their ability to prevent infection and serious disease in virus-exposed mice. 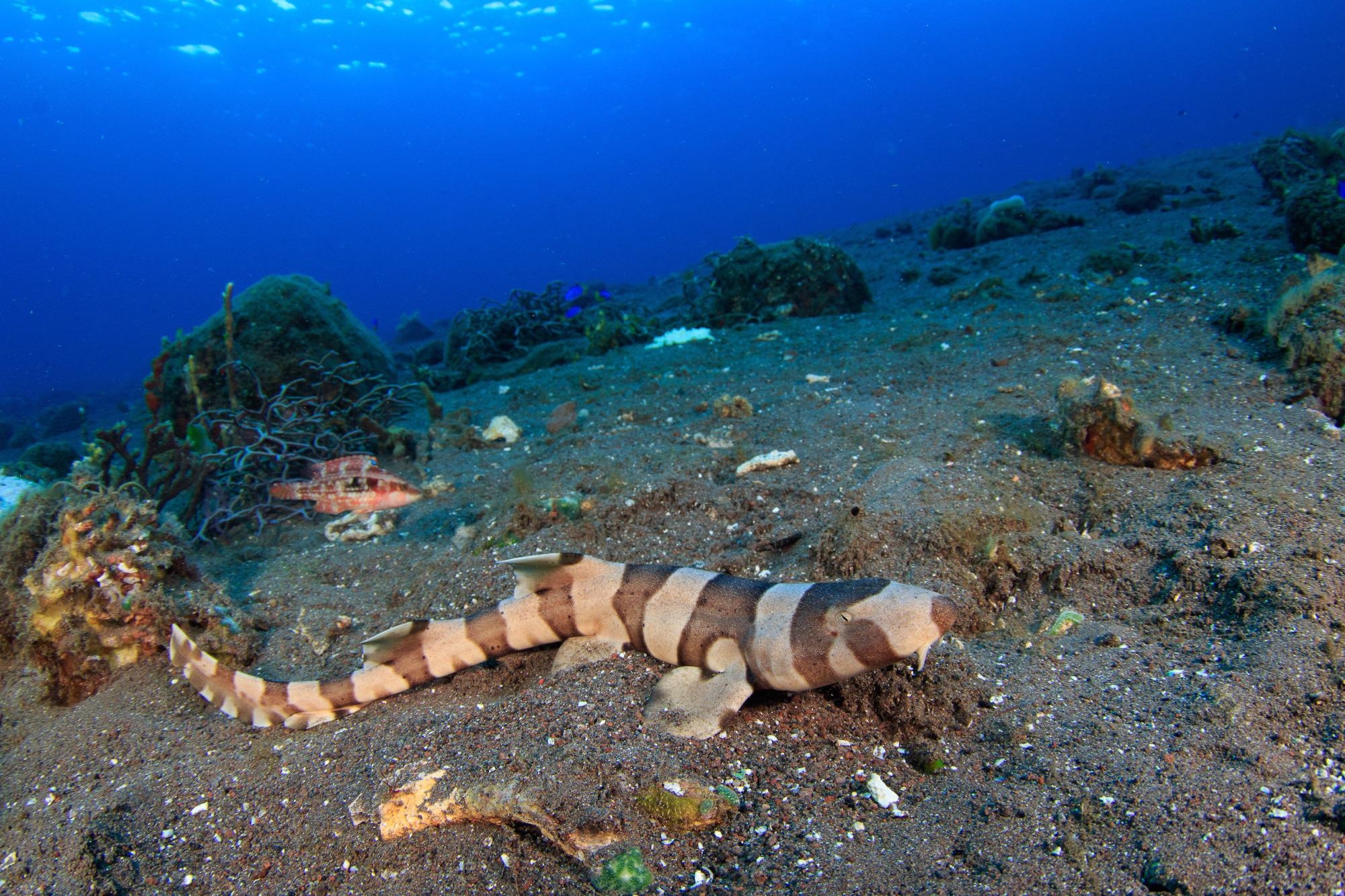 Researchers dimerized the isolated vnarbody by binding it to the human immunoglobulin (Ig) G1 Fc domain. These dimers bind to SARS-CoV-2 alpha, beta, kappa, delta, delta plus, and lambda variants, exhibit similar binding affinities to their ancestral RBD variants, and respond broadly to a variety of SARS-CoV-2 RBDs. Shows sex.

vnarbodies competitively inhibited the binding of peplomers to the host cell angiotensin converting enzyme 2 (ACE2) receptor in RBD for all variants tested. Further studies have shown that pretreatment with vnarbody 20G6 results in tight RBD binding that interferes with human ACE2 (hACE2) binding. This was slightly lower at 17F6.

A pseudoviral neutralization assay expressing all of the SARS-CoV-2 mutants described above showed the maximum inhibitory concentration of nanomoles (IC50). This was confirmed using the original SARS-CoV-2 strain. It showed dose-dependent neutralization of all mutants by vnarbodies in both monomeric and dimeric forms, but up to 10-fold more potent in the latter.

continue, In vivo Studies in mice showed that prophylactic intranasal administration of 20G6-Fc 3 hours prior to intranasal inoculation of Wuhan and beta strains reduced viral load by 1.5 logs in ancestral variants. A reduction in viral load of approximately 4.5 logs was observed in beta mutants, which showed a 7-fold increase in neutralizing titer with most human antibodies.

Treatment of infected mice with these antibodies reduced viral load by 2-3 logs. In addition, no significant weight loss was seen in the treated group, but untreated mice showed 10-20% weight loss by day 3. Pulmonary pathology was also reduced, as indicated by severe bronchopneumonia and lack of lymphocyte infiltration.

These vnarbodies bind to conserved RBD epitopes that are exposed in the “up” conformation of RBD. Therefore, these antibodies may compete with the ACE2 receptor for RBD binding. The 20G6-RBD complex interacts to form a continuous β-sheet, thereby explaining its high stability and binding affinity.

Both 17F6 and 20G6 contain a “WXGY motif” in the CDR3 sequence and RBD-vnarbodies interact by forming β-strands that interfere with RBD-ACE2 binding. This is a protective binding mechanism that appears to be common to shark vnarbodies.

The SARS-CoV-2 omicron variant is not neutralized by 20G6 and associated antibodies, despite the presence of highly conserved 365-380 regions of RBD that serve as binding epitopes for both vnarbodies. This explains the binding and neutralization of SARS-CoV-2 and its variants (except Omicron), as well as other salvecoviruses, including pangoline and bat coronavirus (CoV), but Middle East Respiration. Vessel Syndrome (MERS) -CoV or SARS-CoV is not described. ..

This may be due to the S375F mutation in Omicron RBD. This mutation alters the conformation of RBD, impairs the formation of the β-strand structure of RBD and prevents 20G6 binding.

The findings of this report show the discovery of SARS-related antibodies with extensive neutralization and new binding mechanisms. In addition, both 20G6 and 17F6 antibodies can neutralize most SARS-CoV-2 mutants except Omicron and prevent and treat intranasal SARS-CoV-2 infections. In vivo.

By combating the virus on first invasion, vnarbodies promises potential development into nasal drops that can be used to protect frontline workers and travelers in high-risk areas. In addition to their low manufacturing cost and thermal stability, these antibodies may be potentially useful in current pandemics and other future developments.

In addition, these vnarbodies appear to be widely neutralized against various salvecoviruses. Except for the’up’conformation, the epitope is masked and does not overlap with the ACE2-RBD binding. Unlike other class 4 epitopes such as CR3022, the vnarbodies discussed in this study have a strong neutralizing capacity due to steric hindrance by the sugar moiety of ACE2 and interfere with binding.

The unprecedented antigenicity properties of the SARS-CoV-2 Omicron variant counteract these vnarbodies, as well as almost all human neutralizing antibodies reported so far. This is due to the presence of the RBDS375F mutation, which disrupts the β-sheet structure of RBD.

Researchers are currently working to expand the effects of this class of molecules through affinity maturation techniques. It is unlikely to be immunogenic because both the variable heavy chain and the light chain of human antibodies are immunogenic structures shared with vnarbodies. Future humanized intranasal or local varicose veins may avoid this risk.

The first country to mandate monkeypox quarantine in Belgium: Report