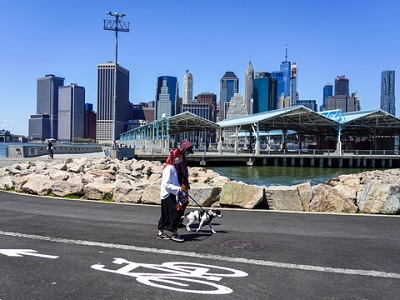 A contingent of epidemiologists is calling on the Proceedings of the National Academy of Sciences (PNAS) to retract a COVID-19 paper regarding airborne transmission and face mask-wearing, citing series methodological flaws and false statements that may already be negatively affecting public health measures.

The journal article, “Identifying airborne transmission as the dominant route for the spread of COVID-19”, was published in PNAS on June 11. One of the authors is UC San Diego professor Mario Molina, who was awarded the 1995 Nobel Prize in Chemistry for illustrating the harmful effects of CFCs on the ozone layer. Molina was a professor at MIT at the time of the award.

The letter, signed by 45 epidemiologists from a myriad of universities, is firm in its calling for a full retraction, rather than an update, due to the impact it can have on outstanding and upcoming public health decisions.

“The scale, scope, and intensity of the issues in this paper and the immediacy of the decisions being made based on its claimed conclusions do not make it amenable to either correction or ​extended debate within the academic literature​. Accordingly, we ask that the editorial board of PNAS retract this paper immediately,” the letter reads.

The paper by Molina et. al used regional mask mandates to compare linear case count slopes between and within locations. According to the epidemiologists, this is where the problems start, as they say Molina and his team ignored locational variances in face mask policies as well as vast differences in disease control policies beyond face mask-wearing. The PNAS paper claims that after April 3, the only difference in regulatory measures between New York City and the rest of United States lies in face coverings. However, the epidemiologists say that is untrue, as there were numerous other regulatory differences between NYC—the epicenter of the virus in the U.S.—and other states. Additionally, NYC was not the only region mandating the use of face masks in April.

Additionally, the paper published in PNAS concludes that, since social distancing, quarantine and shelter-in-place were implemented worldwide in April, airborne transmission is the dominant way COVID-19 spreads. However, again, that is not true, as many regions both domestically and internationally were not in lockdown—or in lockstep as the world dealt with the repercussions of the first pandemic since 1918.

“If similarly false statements about exposure were made widely in a cohort study or a randomized control trial, a rapid and complete retraction of the study would quickly follow. Hence, it is our view that PNAS is obligated to issue retraction of this work on these grounds alone,” the epidemiologists’ letter to the PNAS editors reads.

The signatories of the letter also cite a series of methodological errors in the analysis, including:

When contacted by Buzzfeed News, Molina rejected criticisms of his paper, saying, “We just looked at the data that is published and it’s surprisingly linear until something happens.” He also told the media outlet that, while experts in air pollution are well-versed in the study of tiny particles, epidemiologists have overlooked the importance of microscopic droplets containing the virus.

At both the beginning and end of the letter, the epidemiologists raise a concern indirectly related to the published article—the “Contributed Track” submission process PNAS affords to members of the National Academy of Science (NAS), such as Molina.

When authors who are not NAS members submit a paper to the journal, they must recommend three Editorial Board members who are experts in the field to review said paper. They are also required to provide justification as to why these Board members are appropriate reviewers, although in the end, the Board can choose someone who is not on the list, or decide not to review the paper any further. This process changes rather significantly for NAS members, though, as it then becomes a Contributed Submission, rather than a Direct Submission.

A NAS member can contribute up to two of his or her own manuscripts for publication in PNAS each year, as long as the subject matter is within the member’s area of expertise. The member is then allowed to choose at least two reviewers—who do not need to be experts in the paper’s subject matter, as is required with Direct Submissions.

In Molina’s case, the authors nor reviewers are experts in infectious disease epidemiology, but are deeply intrenched in atmospheric chemistry.

“The scale of the methodological flaws raise concerns about the publication process. For this reason, we would argue that it may be time for PNAS to reconsider its policies on the Contributed Submissions track under which this paper was published, as this mechanism effectively bypasses editorial decisions and undermines peer review,” the epidemiologists conclude in their letter.

Babies with COVID-19 tend to have mild illness, study finds