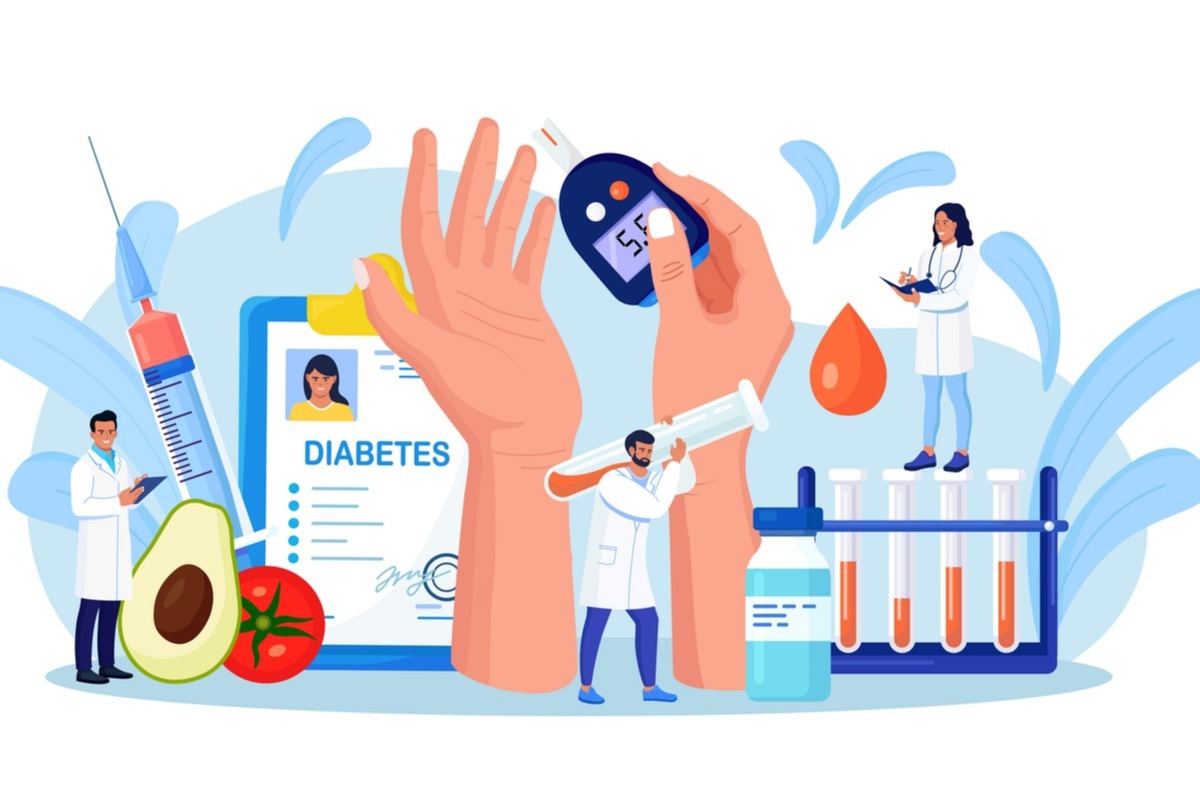 Diabetes is a metabolic disorder characterized by a deficiency of the hormones insulin, insulin resistance, or both.

In general, there are several subtypes of diabetes. However, the two most common are type 1 and type 2. Type 1 diabetes is an autoimmune disease caused by the autoimmune destruction of insulin-producing pancreatic beta cells. In patients with type 2 diabetes, the cells are resistant to the effects of insulin. This is a phenomenon caused as a result of obesity and lack of secretions.

Insulin is essential for metabolism and prevents hyperglycemic emergencies (dangerous rises in blood glucose levels that are considered metabolic emergencies), but quickly corrects both fasting and postprandial (post-consumption) hyperglycemia. It is also necessary to prevent long-term complications of diabetes by doing so. Ultimately, glucose control is important for achieving positive long-term outcomes, as the complications of both ongoing and persistent hyperglycemia cause some comorbidities. These include retinopathy, neuropathy, nephropathy, and cardiomyopathy.

Diabetes is a complex illness that requires a multifaceted approach to treatment. Evidence suggests that lifestyle interventions specifically affect the onset and additional complications associated with type 2 diabetes in sensitive populations. However, diabetes often requires treatment with several types of medications, along with permanent changes in life, to prevent an increased risk of subsequent complications.

Current standard of care for diabetes

Despite successful development of several new therapies for the treatment of type 2 diabetes, including glucagon-like peptide-1 (GLP-1) receptor agonists and sodium-glucose cotransporter-2 inhibitors There is an ongoing effort to discover new treatment options that can reduce the risk of complications, improve safety and provide more effective glycemic control.

Insulin is considered the most innovative discovery in medicine. It was first isolated in 1921, allowing type 1 diabetes to become treatable rather than end-stage disease. But 100 years after its discovery, insulin is becoming more and more obsolete. Despite advances in automated incident delivery systems, individuals must make sincere efforts to manage their physiology. Despite the treatable nature of diabetes, life expectancy for people with type 1 diabetes is 12 years shorter than average.

As a result, the current paradigm for the prevention and treatment of type 2 diabetes is changing, and many therapies have emerged that address different aspects of the pathology of the disease, many of which are curative.

Identifying the cause: Treatment aimed at regenerating pancreatic cells

More and more attention has been paid to treatments for type 1 diabetes. The prospects for this treatment focus on replacing beta cells rather than supplying the body with insulin.

First reported evidence of dietary regulatory insulin secretion by differentiated stem cells in early 2021 and interim results during a multicenter clinical trial period 20 patient transplants were pancreatic endoderm cells derived from human pluripotent stem cells It has been constructed. Implant safety, tolerability, and efficacy were tested in 26 patients in a phase I / II study.

Despite the lack of associated clinical outcomes, this study presents an important milestone, demonstrating the ability of pancreatic endoderm cells (PECs) to mature into glucose-responsive insulin-producing mature beta cells in vivo. .. Patients with type 1 diabetes..

Immunotherapy at work for diabetes

Another therapeutic approach to type 1 diabetes is a strategy to suppress or avoid the immune system. This is because type 1 diabetes is caused by an imbalanced autoreactive response of the immune system and can no longer tolerate itself. The ability of an organism to tolerate itself depends on the balance between central, peripheral, and organ-specific immune regulation. This disruption of homeostasis results in self-reactivity.

Antigen-specific immunotherapy is the administration of self-antigens and is associated with pancreatic islet antigen-specific toleration of CD4 + and CD8 + T cells in the context of type 1 diabetes. This can be achieved by several tolerant mechanisms, the most common of which are the recovery of regulatory T cells, effector T cells, etc.

Toleration refers to the tolerance of the immune system to specific antigens. In the context of diabetes, the antigen is on the surface of beta cells. There are many ways to achieve this, and immunotherapy works differently.

While some immunotherapies focus on targeting B cells, others improve the activity of both B cells and killer T cells, thus eliciting their destructive effects. You can not. Some therapies may also enhance the effects of regulatory T cells to prevent pancreatic autoreactivity.

What is the ultimate cure for diabetes?

Dietary supplements for the treatment of diabetes

Valbiotis, a French biotechnology company, has developed a dietary supplement consisting of a combination of extracts from five plants. In July 2019, they published positive results from a phase IIA trial of a compound that sought to assess its efficacy in the pre-diabetic population compared to placebo.

Microbiota-based treatment of diabetes in the pipeline

In 2019, positive results from Phase 2 trials of microbiota-based dietary supplements were announced. Eubacterium hariiIs considered a next-generation probiotic and is being studied in a double-blind, placebo-controlled study to assess its safety and efficacy with a 12-week supplement. This happens after increasing evidence of the role of bacteria that make up the majority of the gut flora in human health and illness. Previous studies have highlighted the potential for treatment of these particular bacteria in the prevention and treatment of gastrointestinal, metabolic, and other diseases.

Apabetaron (RVX-208) is a small molecule inhibitor of bromodomain and extraterminal (BET) proteins. It is a histone acetylation leader responsible for causing gene transcription in pro-inflammatory and atherosclerosis.

When they bind to chromatin, BET can recruit chromatin remodeling and transcription elongation factors that allow transcription via RNA polymerase. Since they play important roles in the transcription of cytokine response genes involved in inflammation, vascular function, and lipid metabolism, inhibiting their activity is useful in the treatment of chronic inflammatory and metabolic diseases such as diabetes. There is a possibility. This treatment has completed a phase II clinical trial in a prediabetes model.

To the present Diagnosed with type 2 diabetes, There are medicines in the pipeline that can activate the production of hepatic insulin sensitizer (HISS). This hormone is known as hepatalin. In the absence of adequate insulin, hepatalin stimulates the body’s ability to distribute glucose to the muscles.

The future of diabetes treatment is evolving and there are new therapeutic paradigms that address different aspects of the pathological causes of both type 1 and type 2 diabetes. Currently considered an epidemic by the World Health Organization, an estimated 700 million people are projected to be affected by 2045, and currently unmet needs remain. As a result, the global diabetes drug market is projected to reach 68 billion by 2026, driving the emergence of innovative technologies and medicines to treat or significantly improve. Effectiveness of Currently available standard of care, traditional insulin-based therapies.

Norovirus from the mouth of a babe