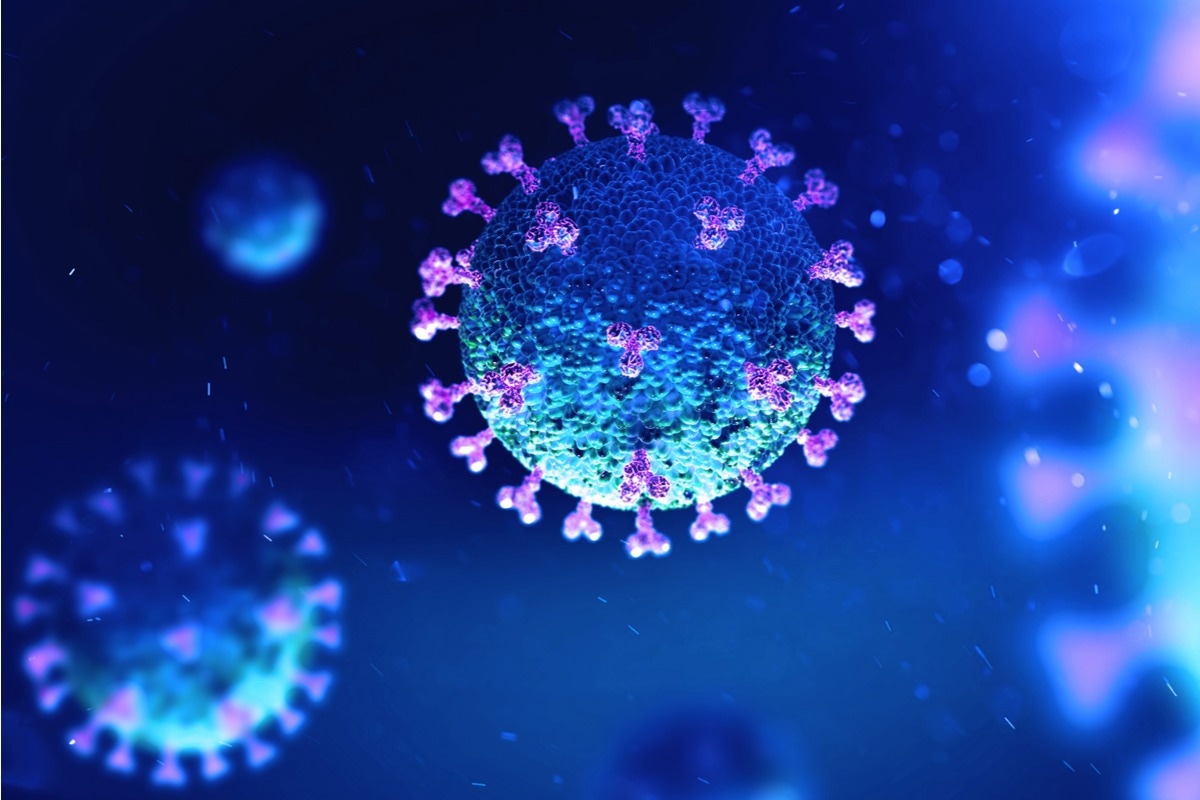 Coronavirus disease 2019 (COVID-19) caused by SARS-CoV-2 is a multidimensional disease characterized by the progression of pneumonia to respiratory failure and death. The viral spike (S) protein invades the host cell by binding to the human cell receptor angiotensin converting enzyme 2 (ACE2).

Natural thiol / disulfide dislocations can result in conformational changes that promote viral entry. However, removing the disulfide crosslinks by mutating cysteine ​​breaks the virus’s binding to host receptors and can prevent infection. Evidence shows that disulfide bonds are structurally and functionally important for the SARS-CoV-2S protein.

Previously, researchers in current studies have shown that drugs containing functional thiol groups can be used to target mucin disulfide crosslinks. This led to the speculation that thiol drugs could cleave cystine in the receptor binding domain (RBD) of the S protein and disrupt ACE2 binding.

In this study, researchers used the ACE2 binding and cell invasion assay to evaluate the antiviral effect of thiol drugs on SARS-CoV-2. The RBD of the ancestral SARS-CoV-2 isolate (Wuhan-1) was exposed to eight thiol drugs in a plate-based binding assay to test cystine cleavage of the S protein.

A commercially available binding assay in which the ancestral RBD was bound to a plate functionalized with amine-reactive maleic anhydride was optimized. Binding was measured after 1 hour incubation with recombinant ACE2. They noted that all tested drugs dose-dependently inhibited RBD-ACE2 binding.

Next, we tested the suppression of SARS-CoV-2 infection in HEK293T cells using a pseudovirus (PV) derived from vesicular stomatitis virus (VSV) coated with the SARS-CoV-2 S protein. PV was pretreated with a thiol drug for 2 hours and the cells were infected with a diluted mixture. As a control, cells were treated with the drug for 2 hours, then the drug was removed and infected with untreated PV.

Pretreatment of PV with thiol drugs showed significant dose-dependent inhibition of viral entry. Strong inhibitory effects were observed with 2-mercaptoetane sulfonic acid sodium salt (mesna), cysteamine, bushiramine, and WR-1065 (active metabolite of amistin prodrug). The efficacy of WR-1065 and cysteamine was higher than that of tiopronin and N-acetylcysteine ​​(NAC).

In controlled experiments, pretreatment of cells with drugs had a slightly inconsistent effect on the infectivity of untreated PV. This confirms that thiol drugs mainly act on viral S proteins and not off-targets (host cell proteins). In further experiments, Vero E6 cells were infected with the real Wuhan-1 strain and the most potent drug. They found that WR-1065 and cysteamine were very effective in reducing the cytopathic effect (CPE). Infection inhibition was minimal, especially when cells were treated with diluted agents and infected with the virus.

Subsequently, the VSV-PV infection assay was repeated with PV separately coated with the S protein of the SARS-CoV-2 mutant (Delta, Kappa, and Omicron) using the most potent thiol drug. .. In addition, methyl 6-thio-6-deoxy-α-D-galactopyranoside (TDG), a novel thiol sugar molecule, was tested. Consistently, they observed that WR-1065 and cysteamine strongly block the invasion of PV. Pretreatment of the cells with the drug had no significant effect.

Half of the maximum inhibition concentration (IC50) The proportion of thiol drugs was higher in delta mutant inhibition than in omicron or kappa mutants. I C50 The mesna and bucillamine levels of the omicron mutants were low, but cysteamine, TDG, and WR-065 showed similar inhibition of kappa and omicron PV.Again, WR-1065 and cysteamine were the most powerful drugs in IC.50 Values ​​in the low millimolar range.

Additional tests showed low IC when infected with Vero E6 cells using a genuine delta variant.50 The value of a real Delta virus drug than Delta-PV. Interestingly, the team observed an inversely proportional relationship between efficacy and acid dissociation constant (pK).a).That way, they compared Effectiveness of Cysteine ​​derivatives such as NAC (pK)a = 9.5) and cysteine ​​methyl ester [CME] (PKa = 7) Kappa-PV assay.They found that IC50 That of CME was 25 times lower than that of NAC.

Finally, the research team evaluated the effect of cysteamine on SARS-CoV-2 infection in Syrian hamsters. The drug was administered intraperitoneally (ip) at a dose of 100 mg / kg. The first dose was given 2 hours before Wuhan-1 strain infection, and then twice daily for 5 days. They noted that cysteamine-treated hamsters had lower various measurements of lung inflammation. In contrast, Viral load It was not significantly lower in drug-treated animals compared to controls.

This study showed that thiol drugs, especially cysteamine, can reduce lung inflammation and damage caused by SARS-CoV-2 infection.Future studies need to investigate whether aerosol delivery of these drugs to the airways can be achieved. In vivo Antiviral activity.

The next Covid-19 booster is a little different