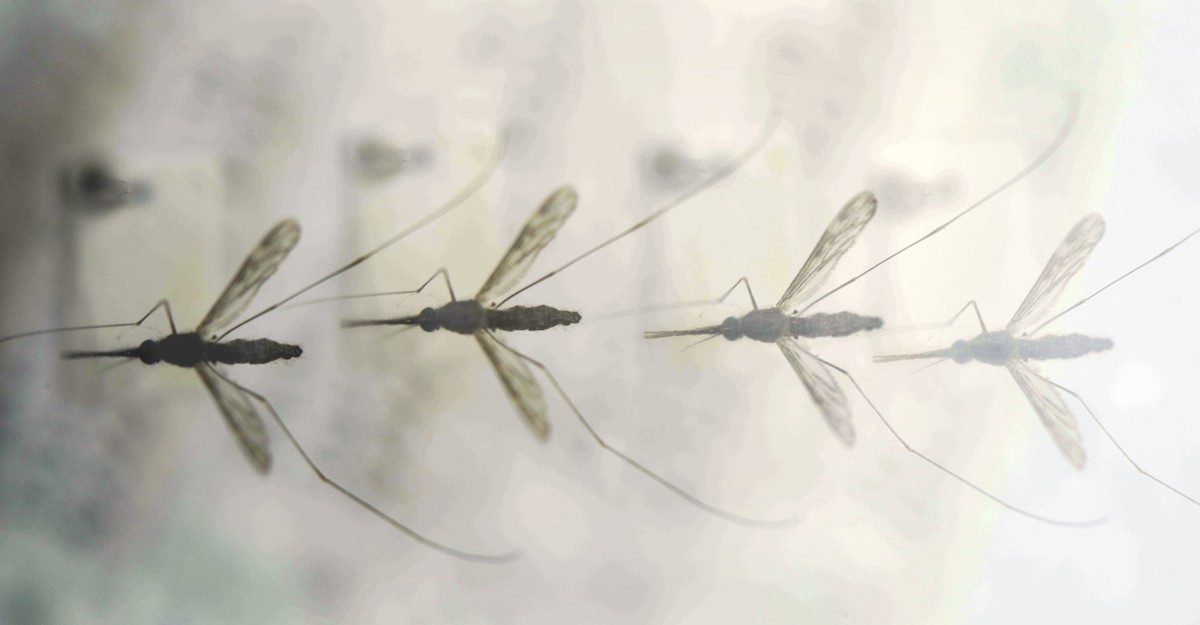 This article was originally published conversation..

The way mosquitoes seek out and feed their hosts is an important element of how the virus circulates in nature. Mosquitoes spread the disease by acting as carriers of viruses and other pathogens. A mosquito that bites a person infected with the virus can acquire the virus and infect the next person.

For immunologists and infectious disease researchers like meA better understanding of how the virus interacts with the host may offer new strategies for the prevention and treatment of mosquito-borne diseases.In us Recently published researchMy colleagues and I, some viruses can change the body odor of mice, and perhaps humans, to make them more attractive to mosquitoes, leading to more bites that allow the virus to spread. I found that there is.

Mosquitoes find potential hosts through Different senses of clues, Body temperature And that carbon dioxide It will be released from your breath. Smell also plays a role.In a previous lab study, mice Infected with malaria There is a change in the scent that is more attractive to mosquitoes. With this in mind, my colleagues and I asked if other mosquito-borne viruses such as dengue and Zika could also change a person’s scent and make them more attractive to mosquitoes. And I wondered if there was a way to prevent these changes.

To identify the odor, 20 gaseous compounds were isolated from the scent emitted by infected mice. Of these, three were found that stimulated a significant response to the antennae of mosquitoes.When these three compounds are applied to healthy mouse skin and the hands of human volunteers, only one Acetophenone, Attracted more mosquitoes compared to controls. Infected mice were found to produce 10 times more acetophenone than uninfected mice.

These findings mean that dengue and Zika virus can increase the amount of acetophenone produced and released by the host, making it even more attractive to mosquitoes. When uninfected mosquitoes bite these attractive hosts, they can bite others and spread the virus further.

Next, I wanted to find out how the virus increases the amount of acetophenone that attracts mosquitoes produced by the host. AcetophenoneAlong with being a commonly used chemical scent Perfumes are also metabolic by-products commonly produced by certain bacteria that live on the skin and intestines of both humans and mice. So I wondered if it had something to do with the changing types of bacteria on the skin.

A comparison of the skin bacterial composition of infected and uninfected mice revealed a common type of rod-shaped bacterium. BacillusIs a major acetophenone producer and the number of infected mice has increased significantly. This meant that dengue fever and Zika virus could alter the host’s odor by altering the microbial flora of the skin.

Finally, I wondered if there was a way to prevent this change in odor.

One potential option was found when observing reduced levels of molecules that fight key microorganisms produced by infected mouse skin cells. This is called RELMα. This suggests that dengue and Zika virus suppress the production of this molecule, making mice more vulnerable to infection.

Vitamin A And related compounds are known to strongly promote the production of RELMα. Therefore, we gave vitamin A derivatives to infected mice for several days and measured the amount of RELMα. Bacillus Bacteria are present on the skin and are exposed to mosquitoes.

Our next step is to reproduce these results for people and ultimately apply what we have learned to patients. Vitamin A deficiency It is common in developing countries. This is especially true in sub-Saharan Africa and Southeast Asia, where mosquito-borne viral diseases are widespread. Investigate whether dietary vitamin A or its derivatives can reduce the attraction of mosquitoes to people infected with Zika and dengue, and then reduce mosquito-borne diseases in the long run.

Who is still at risk of severe Covid infection and death despite the vaccine?Research is clear

The best signal you have diabetes — don’t eat this