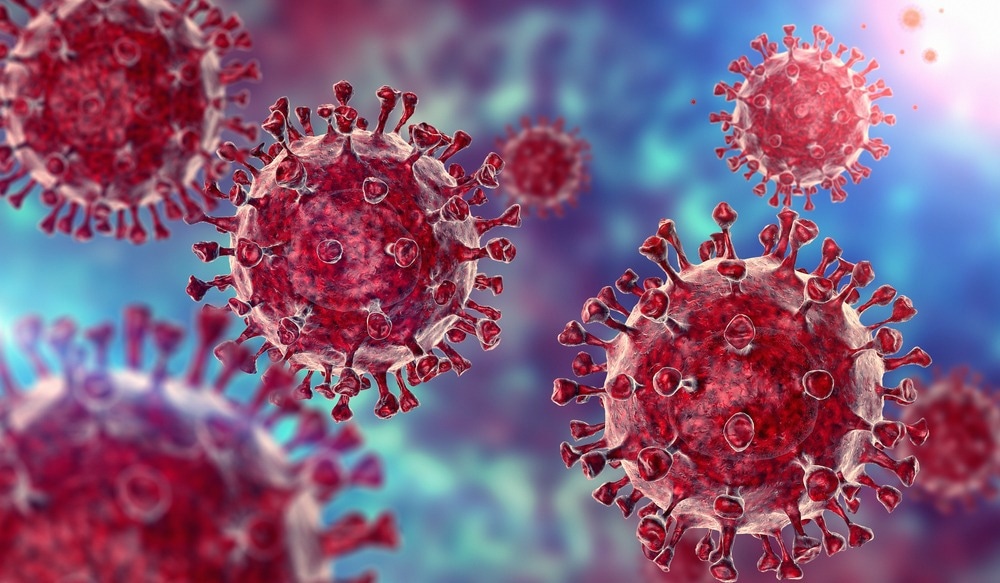 The ongoing coronavirus disease 2019 (COVID-19) pandemic is having a major impact on global healthcare systems and economies. Since the beginning of the pandemic caused by the emergence of severe acute respiratory syndrome coronavirus 2 (SARS-CoV-2), researchers have continuously investigated the replication mechanisms of this virus.

The main function of the airway epithelium is to remove and neutralize harmful substances and pathogens present in inhaled air. For example, club cells produce immunomodulatory club cell secreted proteins.

By comparison, goblet cells secrete mucin and form mucus on the airway lining that protects the underlying epithelium. Ciliated cells facilitate the movement of mucus through the airways.

A three-dimensional (3D) organoid model was developed to mimic the complex cellularity of human airway epithelia. These organoids consist of different types of cells grown in his 3D structures that mimic human organs.

Since the original strain of SARS-CoV-2 was detected in 2019, it has undergone genomic mutations that have led to the emergence of several SARS-CoV-2 variants. These variants are classified by the World Health Organization (WHO) as variants of concern (VOC) and variants of interest (VOI).

In the current study, scientists applied single-cell ribonucleic acid (RNA) sequencing to decipher cell-specific responses to SARS-CoV-2. To this end, they predicted that increased infection rates of SARS-CoV-2 variants could also be observed with other ACE2-utilizing viruses. coronavirus Such as hCOV-NL63 and SARS-CoV.

Cells infected with SARS-CoV-2 express high levels of IκBα protein. The presence of NF-κB in the nucleus of infected but not healthy cells despite the upregulation of IκBα indicates a continuous triggering of NF-κB signaling. This finding is consistent with previous studies observing a defective feedback loop in NF-κB regulation during respiratory syncytial virus (RSV) infection.

This defective feedback loop in NF-κB may represent an ongoing competition between SARS-CoV-2 and the host. Although a high proportion of her NFKBIA transcripts are present, the continued upregulation of antiviral NF-κB signaling within the host due to the persistent presence of virus affects a feedback loop. Furthermore, continuous synthesis of IκBα protein due to constant degradation of IκBα inhibitors affects viral replication.

Organoid models support the phenomenon that overexpression of mutant non-phosphorylated IκBα proteins is readily degraded. This study reported that IκBα is a proviral factor that supports viral replication in the host.

The present study supports previous observations that IκBα promotes viral infection by partially limiting the antiviral activity of NF-κB. In contrast to this observation, knockdown of p65 shows a positive effect of NF-κB signaling in SARS-CoV-2 infection.

The organoid model described in the current study could be a powerful tool for studying SARS-CoV-2 infection in primary airway cells. This model reduces donor-dependent variable infection rates and provides a fully differentiated primary cell model. Importantly, it also helps us understand the transcriptional reprogramming that occurs in airway progenitor cells in response to COVID-19 infection.

Bio Rxiv We publish a non-peer-reviewed, preliminary scientific report and should not be taken as conclusive, to guide clinical practice/health-related actions, or to be treated as established information.

New York polio cases are ‘tip of iceberg’, hundreds could be infected

Monkeypox vaccine available this weekend at Pride Fest in Windsor