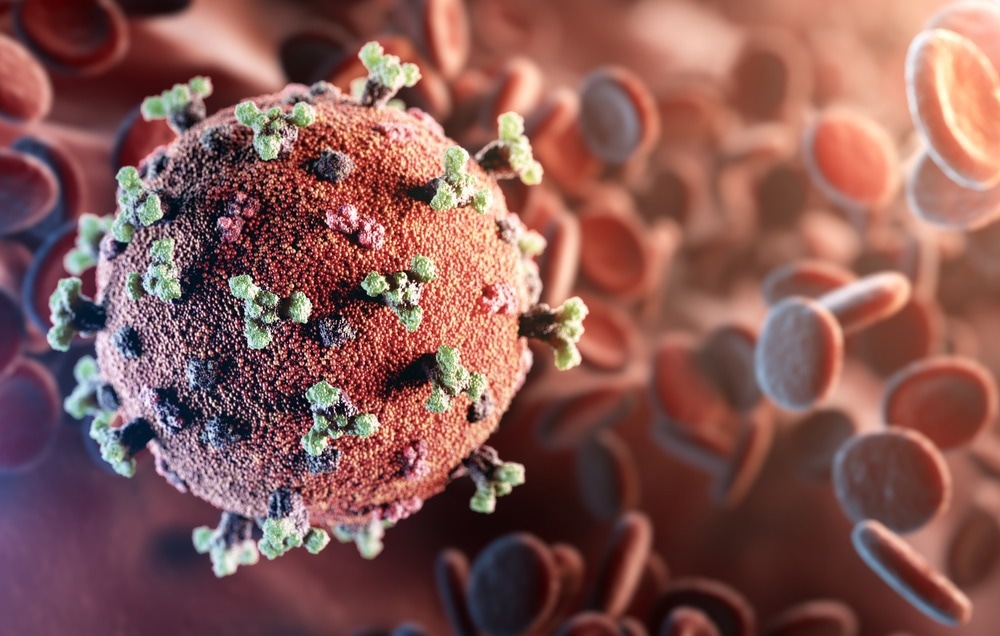 In a recent study published in PLOS pathogenResearchers screened a library of phage that encode a biosynthetic protein called αReps. They investigated the interaction between the receptor-binding domain (RBD) of the severe acute respiratory syndrome coronavirus 2 (SARS-CoV-2) spike (S) protein and the host angiotensin-converting enzyme 2 (ACE2) receptor. Pursued αReps that can be blocked.

Developing efficient antiviral strategies against SARS-CoV-2 is critical to mitigate and control the coronavirus disease 2019 (COVID-19) crisis that has already killed more than 6 million people worldwide is. Strategies to combat the spread of all respiratory viruses are also needed to combat future pandemics.

Some human neutralizing monoclonal immunoglobulin G (IgG) antibodies inhibit SARS-CoV-2 infection in the nose and URT. However, its use is limited. Moreover, their hardness during nebulization and aerosolization is poor. They require an injection and cannot be taken orally or by spray.

αReps is a 31 amino acid (AA) long thermostable protein commonly found in eukaryotes and prokaryotes, including thermophiles. Sequences of homologous αReps form a symmetrical sequence profile, with most positions occupied by conserved AAs and the remaining positions producing flexible binding surfaces. Scientists are particularly interested in large-scale studies, including a vast collection of diverse protein targets, to interact with and cause deleterious interference with viral maturation (e.g., against the nucleocapsid protein of the human immunodeficiency virus). We have built a simple αRep library.

The SARS-CoV-2 spike (S) protein, like all S proteins, coronavirus, holds RBD. RBDs are targets for identifying ligands that block their interaction with host cell receptors. However, the evolution of SARS-CoV-2 has led to the emergence of explicit escape mutations in the RBD, greatly reducing the variable domain efficacy of current heavy-chain antibody (VHH)-based therapies.

In this study, researchers developed an αRep series specific for the RBD of SARS-CoV-2 S. It can be easily adapted to work stably against SARS-CoV-2 variants at low cost. The researchers used previously established methods to construct αRep libraries that rely on the polymerization of synthetic microgenes corresponding to individual HEAT-like repeats. They used the surface of M13-derived filamentous phage to express αRep protein.

They cloned the αRep gene encoding the RBD binder in the bacterial expression vector pQE81 and used the resulting plasmid to transform Rosetta cells.The library was estimated to contain 1.7 x 109 independent clones.

C2 and F9 αReps exhibited SARS-CoV-2 RBD affinities in the nanomolar (nM) range. F9-C2 heterodimer and homotrimeric C2-Foldon showed higher neutralizing activity against SARS-CoV-2 than the parental αRep. They exhibited half the maximal inhibitory concentration (IC50) from 3 to 12 nM.

Furthermore, F9-C2 and C2-foldon helped efficiently neutralize various SARS-CoV-2 variants, including Omicron. This feature may be due to the inherent high affinity of αRep subunits for RBDs and their multimerization, which made them less dependent on target AA substitutions.

Competitive binding assays showed that αReps neutralized SARS-CoV-2 through different mechanisms, with C2 binding ACE2 sites distant from the receptor-binding motif and overlapping the VHH H11D4 epitope. In contrast, F9 competed with ACE2 and VHH-72 for binding of her RBD. In the hamster model, treatment with C2 and F9 αReps induced nasal reduction. viral load (major replication site of SARS-CoV-2), as well as reduction of all inflammatory markers of infection.

Through optimization of binder selection and efforts to stabilize intranasal αReps, these biosynthetic proteins and their derivatives may emerge as promising and versatile neutralizing binders targeting the SARS-CoV-2 S protein. There is a nature. It could also be a potential low-cost treatment for emerging respiratory viruses. However, future studies should address the immunogenicity issue of αReps. Notably, their relatively small size (e.g., C2 αRep is 18.5 kDa) results in low immunogenicity due to their high solubility, stability, and flexible linker-mediated association, which in turn reduces side effects. prevent induction. Delivered intranasally.

Biden’s monkeypox vaccine strategy to be tested in NIH study