Published in new research and preprint server from the Netherlands bioRxiv* In July 2020, we describe a commonly observed phenomenon of COVID-19 progression 1-2 weeks after the onset of the earliest symptoms. This is due to the overactivation of the inflammatory signaling cascade commonly triggered by the overactive adaptive immune response. Cytokine storm..

The current pandemic of COVID-19 is mainly a severe lung disease, but most patients have a mild or asymptomatic phenotype. The severe form occurs in about 1 in 5 patients. It is characterized by bilateral pneumonia, rapid progression to acute respiratory distress syndrome (ARDS), and death from respiratory failure, which is often associated with multiple organ dysfunction.

The reason for such inappropriate immune stimulation remains unclear. In this study, IgG antibodies Spike protein Severe acute respiratory syndrome coronavirus type 2 (SARS-CoV-2). The hyperactive immune system is characterized by high levels of cytokines that promote inflammation, including IL-6, IL-8, and TNF. On the other hand, early response antiviral cytokines such as type I and type III interferons (IFN) are suppressed. The combination of low antiviral response and high inflammatory cytokine levels causes a highly unfavorable immune response with severe COVID-19.

The severe lung injury first identified in SARS in 2003 is due to premature IgG production targeting spike proteins that cause macrophages to undergo intense inflammation rather than tissue regeneration and repair. Has been shown previously. In this animal model, blocking Fc receptors can suppress inflammation and collateral damage. The same picture is observed in severe COVID-19 patients.

This study aimed to investigate the potential of anti-spiking IgG antibodies behind the excessive inflammation in these patients. They used induced macrophages to display the M2 phenotype and exposed them to virus-mimicking PolyIC as well as spiked IgG.

Individually, these stimuli produce low levels of IL-1β, IL-6, and TNF, and high levels of IL-8, but little cytokine secretion. The combination of stimuli leads to a sharp increase in IL-1β secretion. , IL-6, and TNF. These are associated with severe COVID-19. Although it is an anti-inflammatory cytokine, the secretion of IL-10 also increased rapidly. The researchers then confirmed the findings using primary lung macrophages. 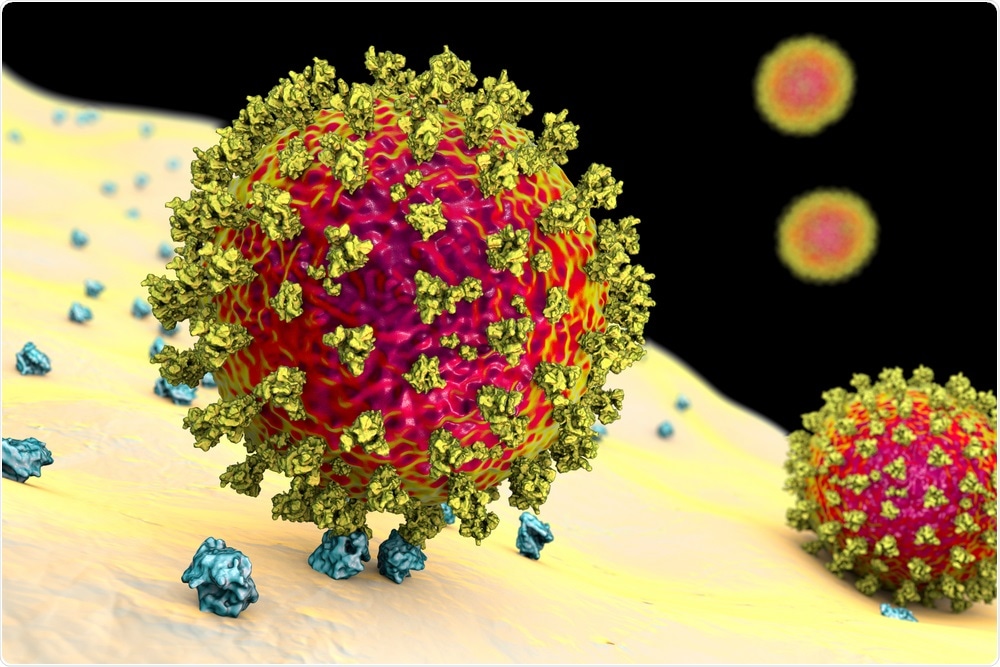 To further trace the cause of this inflammation, they examined the sera of 33 patients in the intensive care unit (ICU).

As expected, they found that the cytokines mentioned above were secreted at much higher levels in the third group. A follow-up RNA sequence in serum-stimulated macrophages from a third group of patients also showed induction of proinflammatory genes, but also IFN-β and IFN-γ. Further analysis showed that enhanced macrophage secretion of these cytokines was dose-dependently associated with anti-spike IgG.

Second, there is pulmonary edema due to the destruction of the endothelium of small blood vessels. Abnormal coagulation, including pulmonary thrombosis, is also seen. They found that the combination of spike proteins and stimulation of the endothelium by serum from severe COVID-19 patients caused a sustained destruction of the barrier, rather than exposure to PolyIC, which only caused a temporary decrease in endothelial barrier strength. We found that it increased platelet adhesion to the vascular endothelium.

In addition to this, the endothelium releases von Willebrand factor, which is procoagulant. Therefore, anti-spiking IgG found in the sera of patients with severe COVID-19 causes macrophage-mediated hyperinflammation as well as damage to the microvascular endothelium and clots within the smallest blood vessels.

Interestingly, we also found that the glycosylation pattern of anti-spiked IgG contributes to the strong pro-inflammatory properties of these antibodies, as recombinant IgG is unable to produce this level of stimulation. In fact, the decrease in fucose content with increasing galactose is characteristic of anti-spiked IgG1 compared to the sugar residue content of total IgG in the same patient.

The lower fucose content produced higher IL-1β, IL-6, and TNF, but not IL-8 and IL-10. Next, we simulated this low-fucose-high galactose pattern with COVAI-18 and confirmed that it was indeed responsible for the induced increase in proinflammatory cytokines.

Scientists said, “These data show that anti-spiking IgG in patients with COVID-19 have aberrant glycosylation patterns, and these antibodies are commonly identified by enhancing their ability to induce large numbers of proinflammatory cytokines.” It’s inherently more inflammatory than IgG. “

Next, they explored different ways to counter antibodies. They first discovered that these anti-SARS-CoV-2 IgG immune complexes bind to the Fc gamma receptor (FcγR), which is highly expressed on human macrophages. By selectively blocking each type of FcγR, all induced spiked IgG-mediated inflammation, but this effect was found to be most pronounced with FcγRII. The combination of low-fucose, high-galactose sugars on anti-spiking IgG specifically improves the affinity of the antibody for FcγRIII, but it is not the most prominent cause of the hyperinflammatory response in severe COVID-19.

FcγR is expressed by other cells, including human respiratory tract epithelium, which not only interact closely with activated macrophages, but are also major targets for SARS-CoV-2.

The FcγR signaling pathway is dependent on the kinase enzyme Syk, and blocking it with R406, the active form of the small molecule inhibitor fostamatinib, results in virtually complete secretion of these cytokines induced by anti-spiking IgG. It is induced only by PolyIC stimulation.

At the genetic level, they found that this small molecule suppressed more than 4,300 genes and upregulated nearly 4,000 genes. Many of the repressed genes encoded proinflammatory cytokines. Thus, “these data indicate that the anti-spiking IgG hyperinflammatory response from severe COVID-19 patients is suppressed by the Syk inhibitor fostamatinib.”

Recent studies show that fostamatinib may also inhibit mucin-1 expression in epithelial cells. This can mean that multiple pathways of inflammation are suppressed simultaneously.

Overall, therefore, this study helps explain why severe COVID-19 disease often occurs during the time when adaptive immunity is activated. Other molecules involved in FcγR signaling may also be targets for other drugs. Again, FcγR stimulation induces metabolic reprogramming in human macrophages. This could be yet another potential drug target.

Thus, these findings provide some clues to identify treatments to suppress these hyperinflammatory events and promote recovery from severe COVID-19 disease. In addition, the aberrantly glycosylated IgG found in the sera of severely convalescent COVID-19 patients may indicate that the sera need to be removed before they can be used to treat other patients. There is.

bioRxiv It publishes preliminary non-peer reviewed scientific reports and should not be considered conclusive and should not guide clinical practice/health-related behaviors or be treated as established information.