The virus that causes COVID-19 disease infects more than 13.47 million people and kills more than 588,000 people worldwide. It was first discovered in late December last year, and due to its novel nature, many are unknown about its pathology. Researchers are still in the process of elucidating the science behind the high prevalence of this virus.

Virus and its pathology

Researchers say that the COVID-19 pandemic affects almost every country in the world, with no signs of its infectivity diminishing. They called the virus and the pandemic is one of “the biggest challenges to the scientific community to date”. Experts suggest that “a complete understanding of the biology of SARS-CoV-2 is essential.”

What we now know is that coronaviruses have spike proteins on their surface. These spikes Glycoprotein Helps the virus interact with the surface of host cells via the cell’s angiotensin converting enzyme 2 (ACE2) receptor. When this interaction occurs, the viral and cell membranes fuse, allowing the virus to inject its RNA or genetic material into the host cell. 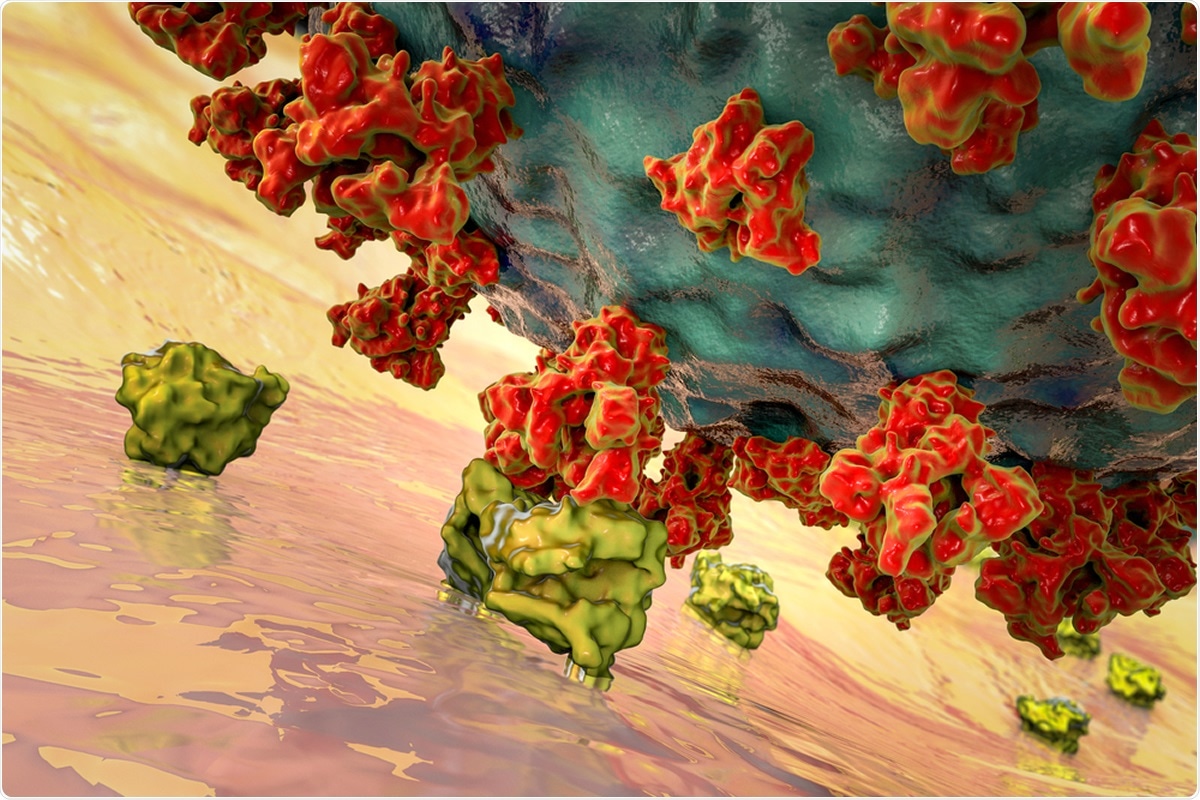 ACE2 is a protein on the surface of many cell types. It is an enzyme that produces a small protein by cleaving the larger protein angiotensinogen, which regulates intracellular function.

The SARS-CoV-2 virus uses a spiked protein on its surface to bind to ACE2 before it enters and infects cells so that a key can be inserted into the lock. Therefore, ACE2 functions as a cellular gateway (receptor) for the virus that causes COVID-19 disease.

Researchers added that this membrane system of host or eukaryotic cells is an important cellular defense against viral and microbial invasion. However, viruses tend to gain access to cells by bypassing this complex mechanism. They wrote that antiviral drugs target this level of viral entry into the cell.

The team writes that the number of confirmed CVOD-19 cases may differ from the number of people actually infected. They said that antibody tests revealed that 3-20% of certain communities were already infected with the virus, demonstrating its high infectivity. Researchers added that the prevalence of these infections in the community is much lower than that required for herd immunity.

How does the virus get into the cell? What is known?

The researchers explained that the virus has a transmembrane spike (S) glycoprotein that can form a “homotrimer.” The S protein has S1 and S2 subdomains. Here, S1 encodes a receptor-binding domain that allows the virus to bind to host cells, and the S2 subdomain has a transmembrane domain that allows the viral membrane to fuse with the host cell membrane. The receptor bound by S-glycoprotein is angiotensin converting enzyme 2 (ACE2) present in host cells. When the S protein binds to ACE2, it is cleaved into S1 and S2 by the cleavage enzyme “type II transmembrane serine protease TMPRSS2”. Another enzyme, furin, activates the S2 subdomain, which allows fusion of the viral and cell membranes and entry of viral RNA. 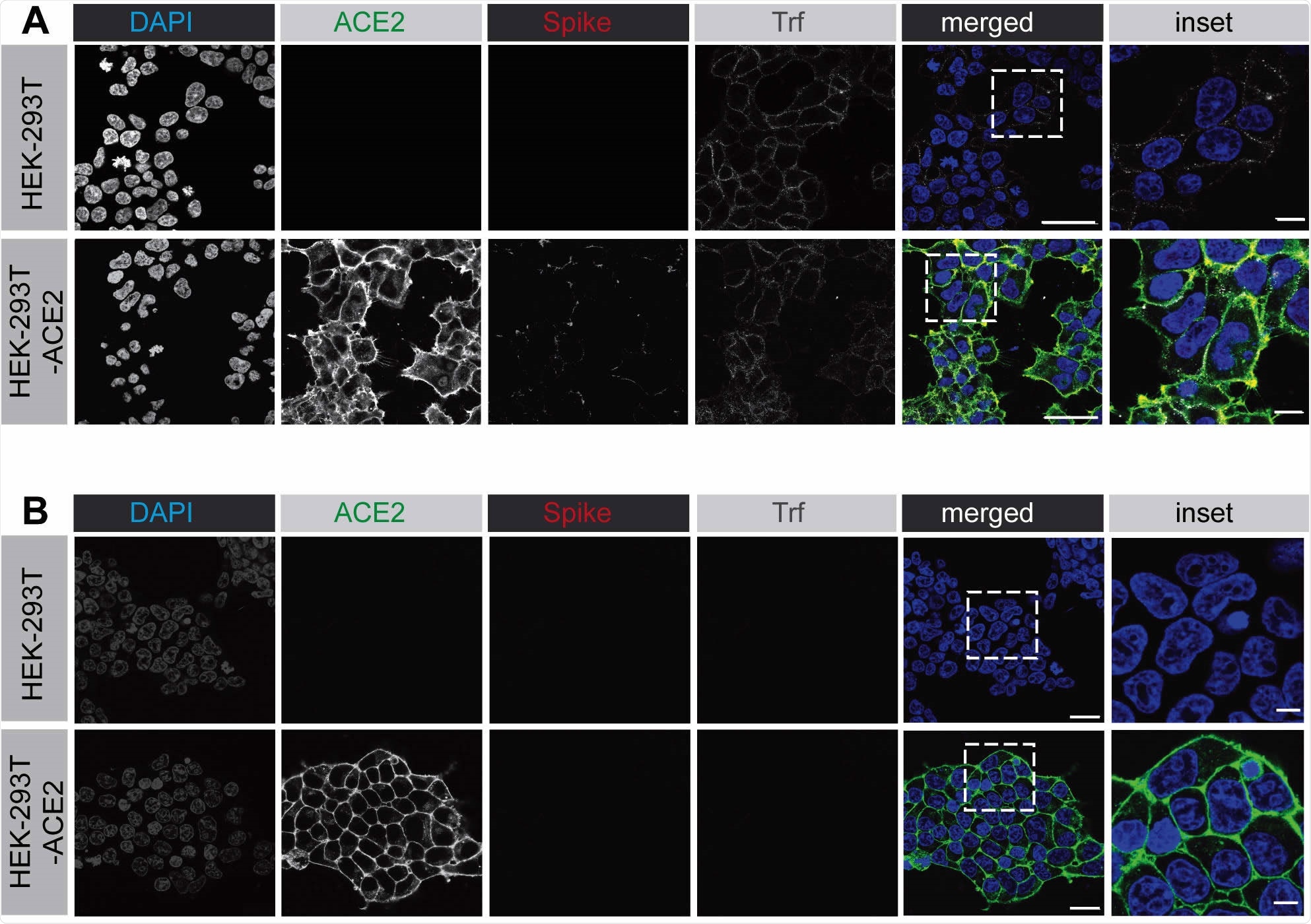 Therefore, the viral coat protein does not enter the host cell. It is viral RNA that enters. Another theory is that the ACE2/SARS-CoV-2 binding complex on the cell membrane is totally taken up by the cell membrane by the process of endocytosis. This endocytosis involves the capsid protein.

Two methods of endocytosis of the whole virus/ACE2 receptor complex have been reported in the scientific literature. They are;

What happened and what did the team find?

In this study, the team first ingested purified spiked glycoprotein. They used a lentivirus pseudotyped with spike glycoproteins. Overall simulations showed that SARS-CoV-2 may undergo rapid endocytosis at the cell membrane after binding to the receptor.

Then each step was stopped using a specific chemical inhibitor. The results revealed that this entry in the virus-receptor complex was due to clathrin-mediated endocytosis. “Therefore, SARS-CoV-2 appears to first bind to the plasma membrane and then rapidly enter the lumen of the endosomal system, suggesting that fusion of the viral and endosome lumen membranes occurs. I strongly suggest.”

bioRxiv It publishes preliminary non-peer reviewed scientific reports and should not be considered conclusive and should not guide clinical practice/health-related behaviors or be treated as established information.