When did you start working on Too Much and Never Enough: How My Family Created the World’s Most Dangerous Man?

It’s been a few years. My work with The New York Times emerged from my family’s financial inquiries, for which I provided about 40,000 pages of documents. It was working with them and filling in some details about my family history that made me realize that this could, indeed, be a story to tell.

Did you have trouble writing the book?

It was extremely difficult. I tried not to think of a lot of things in the book for decades. So revisiting it, reliving it, especially the stuff about my father (Fred Trump Jr, the second of President Trumps’ siblings, who died of alcohol at the age of 42), was very difficult. I honestly would have preferred not to.

Did it help you heal?

I don’t know if it’s possible in a certain sense, but, on the other hand, I think if the book could make a difference in the discourse in this country, then it would have been worth it. It also made sense for me to tell the real story of who my father was.

Much of your story revolves around how your grandfather (Fred Trump, real estate baron) raised his children with a severity that belittled kindness or empathy. As a psychologist, do you think early damage justifies sympathy for your uncles and aunts?

This is a great question because I know some people are worried that this is what I was trying to do and I mean definitely no! I think it’s perfectly reasonable to have sympathy for these children, because they grew up in these horrible circumstances and suffered a lot for it. However, they are now adult human beings. Speaking of Donald in particular, he’s responsible for his own actions, he knows the difference between right and wrong, he knows what the rules are, he just doesn’t think they apply to him. He must be held accountable. There must be an account. I’m not trying to get it off the hook at all.

I think they are essentially anti-American. It is a country of immigrants. At one end of the spectrum, they are short-sighted, not to understand the value immigrants have always had in building this country and making us a better people. On the other hand, some policies just seem arbitrary and corrupt.

The Spanish Flu helped make your grandfather the man he was. How do you see this pandemic affecting President Trump? You write about how that fuels your grandpa’s mark of toxic positivity in him.

My grandfather was affected by the influenza pandemic of 1918. My great grandfather died of the flu at the time. Honestly, I have never heard this story told. Obviously I knew he died when my grandfather was young enough, but I didn’t know how until I read about it in a book a few years ago. So the toxic positivity that shaped my aunts and uncles, I believe, deeply affected Donalds’ inability to deal with the current crisis, as he couldn’t admit it. In a strange way, for him, to admit that this virus was potentially so deadly and extraordinarily so would be to admit (a) weakness in one way or another. And, to admit how bad it went would also be to admit the mistakes he made in dealing with it from the start.

Donald Trump with his father, Fred Trump, on the roof of one of their Brooklyn apartment buildings in 1973 (Barton Silverman / The New York Times)

What does President Trump’s election and the values ​​he represents about the electorate say?

In 2016, a lot was happening. First of all, I think the American electorate, over the past four decades, has become increasingly less informed or misinformed about politics and government. We were also reminded in 2016 how misogynistic this country is. It was a choice made in a time of relative peace and prosperity and because people do not understand deeply enough how important government is to their lives and to the position of the Americas in the world and how the world works, they were ready to take a chance on someone who was not a woman, who they thought was expressing her wit. I would also like to think that some people just did not understand who he was and that will not be the case in the next election.

What do you expect from the November elections?

I don’t know (laughs). Honestly, we are in such a horrific situation right now between COVID-19, the potential economic collapse we are facing, and all the civil unrest that rightfully began after the death of George Floyd (a black man, Floyd was killed by police in Minneapolis in May). It’s a mess. It is impossible to make predictions. Unfortunately, this is a possibility (a second term for the incumbent president) and we in this country must do everything to avoid it.

Do you see Floyds’ death and the outpouring of protests against institutional racism making a difference to the elections?

I have always been cynical about this country’s ability to honestly fight its racism, but for the first time in my life I actually felt a change that gives me hope. It has to be seen, but the Black Lives Matter movement has been adopted in a more traditional way than before. The demonstrators were the most diverse in the history of our country and it was truly moving.

The cover of the book

Recently, Democratic Leader Alexandria Ocasio-Cortez called out Republican lawmaker Ted Yoho for verbal insults. Do you find this kind of misogyny to be a more recent phenomenon?

It’s a long-standing project. If you look at the makeup of the elected Republicans, I think at this point they’re 99.9% white and predominantly male. So there is no diversity in the party and that also means that there is no diversity of attitudes or opinions. This kind of behavior, rhetoric and misogyny doesn’t surprise me. The only thing that surprised me was that all elected Republicans lined up wholeheartedly behind Donald.

The White House press secretary said in a recent comment that President Trump has an excellent record on LGTBTQI rights. But there was the case of the transgender military ban, the proposed cut back on community health care, among others.

She’s been lying since her first day on the job and it’s impossible to reconcile her actions, starting with banning transgender people in the military, with a pro-LGBTQI stance.

Have you ever officially spoken to your family?

No, it wasn’t even discussed, because it was pointless. First of all, they were never particularly curious about my personal life, and given the racism and misogyny in the family, it wasn’t hard to imagine that they were all homophobic. So I kept it for myself.

After your uncle Robert’s lawsuit, did anyone from the Trump family contact you?

No, I understand why and I’m fine.

The Indian Express is now on Telegram. Click here to join our channel (@indianexpress) and stay up to date with the latest headlines

For all the latest news on books and literature, download the Indian Express app.

The Importance of Bangladesh (Commentary)

Two men arrested after having more than 1,000 wax bags containing drugs around three children in a vehicle in Middle Paxton Township

These useful features will soon appear on Google Meet

New Delhi: Bharatiya Janata Party (BJP) MP Varun Gandhi said on Thursday he would present the bill of a private...

ISLAMABAD: Prime Minister Imran Khan on Wednesday approved the constitution of the National Coordinating Committee for the Development of Small...

Jakarta (ANTARA) – The Ministry of Health is stepping up the campaign to wear masks to prevent the spread of...

‘It’s a different world’: working from home is changing the way we dress – news – southcoasttoday.com

They took a big hit when COVID-19 restrictions wreaked havoc with the wedding and prom seasons. Now those who make...

HOLLYWOOD, LOS ANGELES (KABC) – The Saban Community Clinic in Hollywood is looking to encourage more parents to update their... 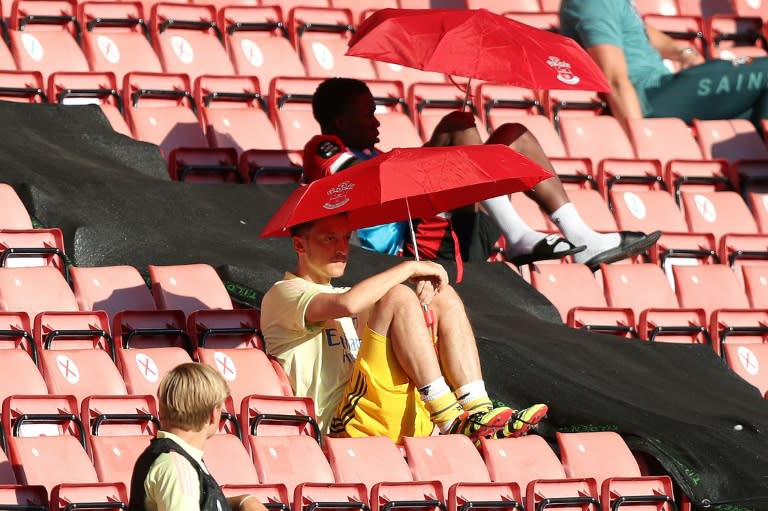 Ozil tells Arsenal ‘I will decide when I go’

The Guardian Canceling college football season is about breaking unions, not health Two of the largest college sports conferences canceled...

Bhopal: The Meteorological Department in India has issued an ‘alarm alert’ with a forecast of very heavy rainfall in eight...

LONDON–(BUSINESS WIRE) – Technavio is monitoring the adult diapers market and is expected to grow by $ 3.01 billion between...