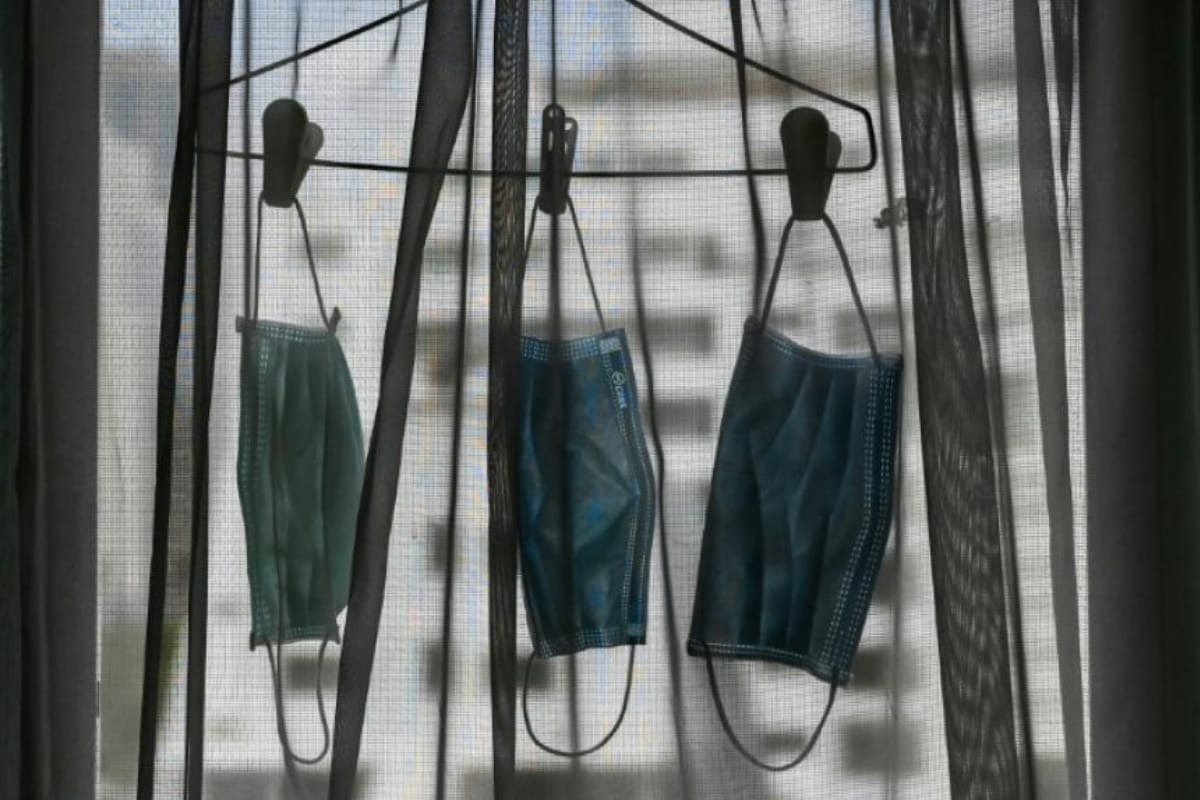 Health officials say that the most popular anti-covid weapon, the surgical mask, needs to be scrapped in a single use, but environmental issues have led some scientists to question this recommendation. I’m throwing.

As it continues to spread, masks are mandatory in public transport, stores, and workplaces in many places.

But costs are a problem, as are the fact that so many disposable plastic masks get caught in waterways and the ocean.

One alternative is a reusable cloth mask, but many people prefer disposable surgical masks because they are lightweight and inexpensive individually.

“Medical masks are a one-time use,” said the World Health Organization. “Put the mask immediately, preferably in a closed trash can.”

But faced a shortage during the first wave COVID-19

With the March and April pandemics, WHO allowed “exceptional procedures” in its June report to disinfect and reuse disposable masks.

Other methods of purifying single-use masks include exposure to high temperatures or UV light.

However, these methods are inconvenient for householders, says Dennis Corppet, a French microbiologist and member of Adios Corona.

For the general public-We recommend “put the mask in a clearly dated paper envelope and leave it for 7 days”.

“Several scientific studies have shown that the virus is almost all dead on the mask after 7 days,” Corpet said.

According to a study published in The Lancet, only 0.1% of the virus on the outer surface of the mask was detectable after a week.

However, this method is not suitable for healthcare professionals with high viral load.

Peter Tsai, the inventor of the N95 charged filter material, agrees to the 7-day method.

However, he suggests leaving the used mask open for a week before reusing it. This cycle can be repeated 5-10 times.

Disposable masks can also be placed in the oven, Tsai told AFP. Ideally at temperatures between 70 and 75 degrees Celsius (158 to 167 degrees Fahrenheit), it’s not too high to avoid burning plastic, but hot enough to kill the virus.

However, washing the mask in the washing machine is not a good idea.

“Washing without detergent may not wash away the virus,” Tsai said. “And when you wash it with detergent, the (electrostatic) charge disappears,” and its efficiency drops.

UFC-Que Choisir, a French consumer rights organization, washed surgical masks at 60 ° C, tumble-dried them and ironed them. After these 10 cycles, the mask filtered at least 90% of the 3 micron particles.

“Apart from the slightest felt, the washed surgical mask was at least as efficient as the best cloth mask,” UFC-Que Choisir reported last week.

Philippe Vroman, a researcher at the French University of Engineering Ensait, came to the same conclusion.

After five washes, “there is virtually no difference (of filtration) in 3 micron particles,” Vroman said, based on preliminary results that have not yet been published in peer-reviewed scientific journals.

“And it’s better to change and wash the mask every four hours, rather than wearing it for days in a row like some people do. It’s like underwear,” he said.

However, not all scientists agree.

Kaiming Ye, Dean of the Department of Biomedical Engineering at Binghamton University, New York, said: “Washing masks at home can cause secondary contamination and spread the virus.

Official advice from health authorities will not change until further research on this issue is published.

French health official DGS said that “after use, a disposable surgical mask needs to be bottled”, but more research is underway.

Chapare virus: a deadly virus that can spread among humans | Health News

COVID cases are on the rise in Alabama. According to doctors, the spread of the virus is “out of control.”Coronavirus COVID-19 Watch