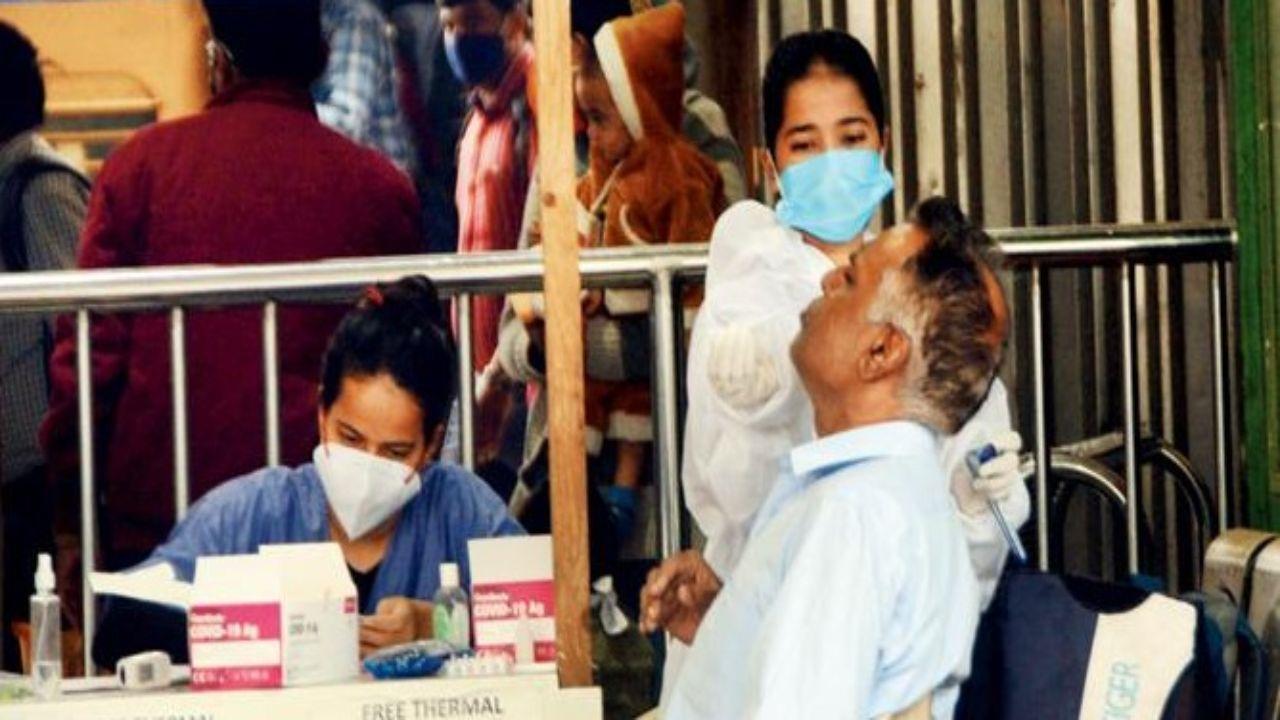 COVID-19 in the early months of the pandemic was considered a disease affecting the lungs and circulatory system. However, over time, evidence has begun to accumulate that has been found to cause rare and unsuspecting illnesses in patients. One such illness is acute hemorrhagic leukoencephalitis (AHL), which has been reported to be associated with Covid outside India, and doctors are beginning to call it Covid encephalitis.

One such case was reported at Indraprastha Apollo Hospital, where the patient contracted the disease after being infected with COVID-19.

A 55-year-old man with comorbidities was infected with COVID-19 with mild symptoms and was isolated at his home in Jammu.

“Being a diabetic and hypertensive patient, his condition began to worsen within a few days. His blood oxygen saturation plummeted and he was admitted to a local hospital where doctors discovered he was infected with pneumonia. However, the patient was placed in a ventilator. His health did not improve and he was taken to Apollo by ambulance, “said Rajesh Chaura, senior consultant for Apollo’s pneumonia and respiratory illness. The doctor told IANS.

The doctor here kept him on a ventilator. Meanwhile, they administered him sedatives and muscle relaxants for proper ventilation. According to Chaura, the patient’s lung condition improved within a few days and was subsequently removed from the anesthetic.

However, it was discovered that the patient did not respond after hours of removal from the sedative and later fell into a deep coma. Later investigations revealed that he had developed AHL in the brain, Dr. Vinit Suri, a senior consultant at Apollo’s Neurosciences, told IANS.

“In general, patients wake up within hours of removing the sedative, but when this patient did not move their limbs after hours, it surprised us. MRI of the patient’s brain. The scan has many swellings to the brain and an unusually large number of small bleeding spots called microbleeding. “

“Usually, when a patient with chest disease is removed from sedatives and muscle relaxants (after wearing a ventilator), he regains consciousness within a few hours, but this was not the case. MRI revealed multiple swellings in the brain with more than 400 microclots (hemorrhagic spots), “Suri added.

However, with immunotherapy and steroid treatment, the patient regained consciousness within 7 days. “He opened his eyes and began to move his limbs. At first he was quite capricious and confused, but over time his brain gained full consciousness. Fortunately, we were on time. I was able to diagnose this condition. He still has a slight weakness, but his limbs, MRI after his treatment shows a recovery of more than 50%, “he said.

The patient was discharged on Saturday.

Encephalitis causes inflammation of the brain and is manifested by seizures, fever, and headaches.

Sri said the association between COVID-19 and encephalitis is rare and very few cases have been reported worldwide. It is not the virus that attacks the brain, but it is the immune response to the virus that causes inflammation in the brain.

Dr. Manjari Tripasi, Dean of the Department of Neurology, All India Institute of Medical Science (AIIMS), said the body’s autoimmune response at COVID-19 was found to be unstable to the body’s nervous system.

“The brain is involved in Covid, and we know that patients are suffering from hypoxia and encephalitis. Patients on mechanical ventilation may have become comatose and unable to regain consciousness. Cytocyte storms show several complications in the body, and neuropathy is one of them. “

Tripathi said people should be more cautious and always wear masks. “I’m relieved that the number of incidents is on the decline, but I need to know that it shouldn’t be a threat to others. Masks are a must until there are zero incidents,” she added.

You can read more news by continuing to scroll

Keep up with all the latest information Crime, Domestic, International, Hatoke News here. Also download a new noon Android And iOS An app that gets the latest updates.

Midday is currently on Telegram. Click here to join our channel (@middayinfomedialtd) And get the latest information in the latest news