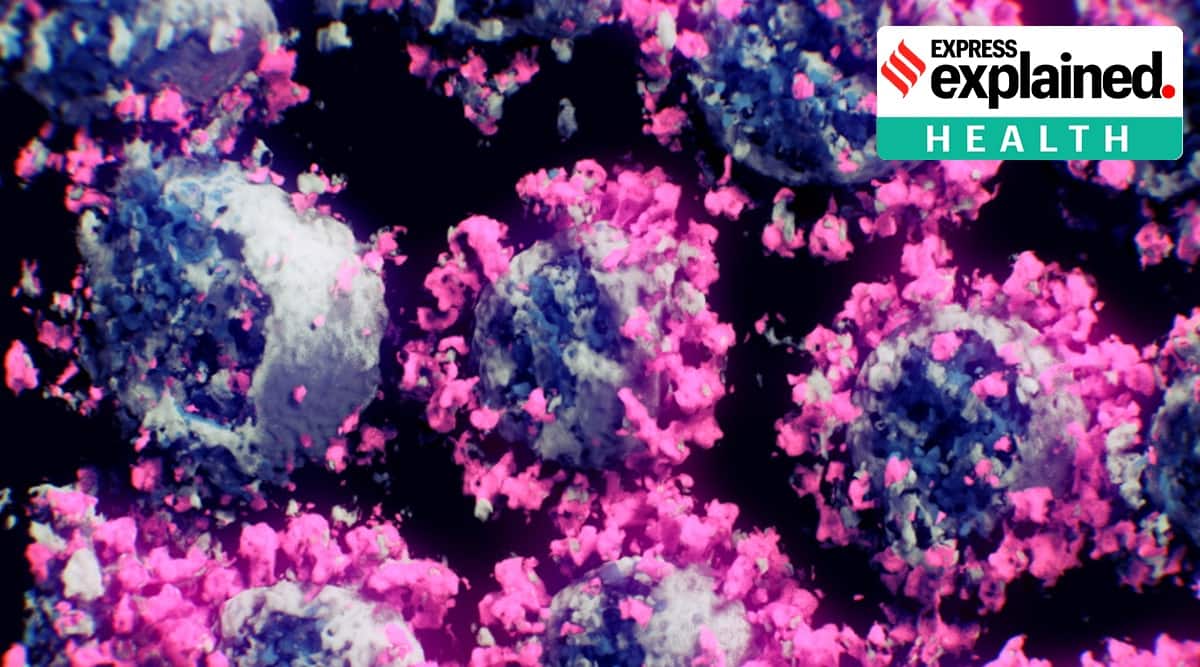 In an unpeer-reviewed study posted on Sunday, researchers reported seven new variants of the SARS-CoV-2 virus in the United States. Researchers are tracking variants of the virus. Some of them are more deadly than the original virus, are more susceptible to transmission, and can affect the effectiveness of the vaccine.

B.1.1.7: This variant has emerged in the United Kingdom and may be associated with an increased risk of death compared to other variants, the US Centers for Disease Control and Prevention (CDC) said.

B.1.351: This variant emerged independently of the UK variant and was first identified in South Africa. It was also reported in the United States by the end of January 2021.

P.1: This variant appears in Brazil and is known to have 17 unique mutations. Three of them are in the receptor-binding domain of peplomers (peplomers protruding from the surface of the virus are one of the main reasons SARS-CoV-2 was able to spread very rapidly. Yes, so it is important to understand the mutations that affect peplomers).

The authors of a recent study may have supported the emergence of mutants in areas where the prevalence of the virus is high, where selective pressure evades neutralizing antibodies, a protein that prevents the virus from infecting the body. It states that there is. All seven new strains pointed out by researchers have evolved mutations in the same genetic character that affect the way the virus invades human cells. However, it is not yet clear whether this mutation will make these new mutants more contagious and more dangerous.

This 2020 electron micrograph, made available by the Centers for Disease Control and Prevention, shows SARS-CoV-2 virus particles that cause COVID-19.
(CDC via AP)

In addition, there may be more viral variants around the world, but only genomic sequencing can help determine that. This is not happening enough at this time.so Document Published in late December 2020, the Ministry of Health and Family Welfare outlined some steps taken to increase and expand viral genomic sequencing. One of the steps outlined involves sending 5% of positive samples to 10 regional genomic sequencing laboratories nationwide.

Why does the virus mutate?

Evolution helps organisms change in response to specific changes in the environment. The goal here is to help the organism adapt so that it can survive. In the Naked Ape trilogy, zoologist Desmond Morris describes how humans have adapted to the changing environment over millions of years of evolution. For example, he considers the impact of urban life on humans. Morris says that people flock to them because the city “acts as a huge stimulus center where our great inventions can prosper and develop,” even though city life is lonely and stressful. Insist.

The evolution of the virus is affected by the host, as the virus can only replicate within the host cell. This means that the virus mutates to circumvent the defenses that the host has put up against it.

Book, Medical microbiology Compared to DNA viruses, RNA viruses (SARS-CoV-2 is an RNA virus) have a much higher mutation rate, presumably one mutation per genome copy. Mutations are harmful, neutral, and sometimes favorable. The book states that only mutations that do not interfere with essential viral function can survive in a given population.

This transmission electron microscope image shows the virus, also known as SARS-CoV-2-2019-nCoV. COVID-19 (new coronavirus infection) (# If there is no character limit, add parentheses when it first appears-Isolated from a US patient. (BSIP / Universal Images Group / Getty Images)

According to Nature’s article, the SARS-CoV-2 virus changes much slower as it spreads, compared to the HIV virus that causes AIDS.

But just as humans influence the evolution of viruses, viruses also shape the way humans evolve. In a study published in 2016 Journal eLifeThe authors note that the constant battle between pathogens and their human hosts has long been recognized as an important impetus for evolution. In this study, the authors focus on about 30 percent of all protein adaptations in humans, where proteins help cells perform their functions, because divergence from chimpanzees is caused by the virus. .. Importantly, during an epidemic or pandemic, the target population of the virus becomes extinct or adapts.

But what exactly is a mutation?

When the virus enters the host’s body, it begins replicating to infect the host. That is, it makes a copy of the entire gene sequence. But sometimes the virus makes mistakes during replication. A blog Harvard website entries make these mistakes, usually one-letter changes (Each coronavirus has about 30,000 RNA characters) Within the thousands within the viral sequence, it may alter the properties of the viral protein and therefore its function. This change, called a mutation, can give the virus a new ability to promote its reproduction if it is the preferred mutation, which helps the virus spread more across generations.

Preferred mutations of this type in the SARS-CoV-2 virus may be causing new mutations. For example, British variants are known to be about 25-40 percent more infectious than the original virus.

What does mutation mean to a vaccine?

In a comment from the journal Nature, two immunologists, Dennis Burton and Eric Topol, Pandemic Preparation. This approach requires resources to develop a “pan-virus vaccine” that can provide immunity to multiple strains of the virus.

This is necessary in the context of SARS-CoV-2. Because it has already evolved, early evidence shows that some of its strains are more easily transmitted, and as more variants of the virus emerge, the effectiveness of existing vaccines diminishes. Means that you may be against them.

Vaccine development for other coronaviruses

There are hundreds of coronaviruses known to infect animals such as pigs, camels, bats and cats, but so far seven coronaviruses have been identified to infect humans. In humans, the virus usually causes mild to moderate illnesses of the upper respiratory tract, such as the common cold. However, in the last two decades, more aggressive coronaviruses have emerged that can cause serious illness and even death in humans. These include SARS-CoV, MERS, and now SARS-CoV-2.

The first coronavirus was found to infect humans in 1965 when scientists DJ Tyrrell and ML Bynoe isolated a strain of the virus called B814 from the nasal lavage fluid of a male child who had symptoms of the common cold.

First including HCoV-229E (one of the first strains described in the mid-1960s), HCoV-OC43 (discovered in the mid to late 1960s), HCoV-NL63, HCoV-HKU1 (discovered in the mid-1960s) Vaccine development for four human coronaviruses. Discovered in Hong Kong in early 2005, NL63 and HKU1) were not a priority as they cause only mild illness. Since it was the first example of a human coronavirus that could cause serious illness, the need to develop a vaccine was felt only 20 years before the advent of SARS-CoV in China around 2003. is.

Write in Journal of Biomedical ScienceThe authors point out that various forms of vaccines have been developed and tested in preclinical models of SARS and MERS, but none have been approved by the FDA.

Why is it so easy to make a SARS-CoV-2 vaccine?

The answer may be in the virus’s speloomer, many of which project from the surface of the virus to form a crown, giving the virus its name. Peplomers make it easier for the virus to bind to the ACE2 receptor in human cells, where both SARS-CoV and SARS-CoV-2 bind to this receptor, after which the virus begins to infect its host. However, this peplomer that facilitates infection was developed at a faster pace than the previous two human coronavirus SARS and MERS, where the SARS-CoV-2 vaccine did not yet have an approved vaccine. It’s also one of the reasons.

In particular, the SARS-CoV-2 vaccine design has become faster because the spike protein expands the target area of ​​the vaccine and triggers the body’s immune system to facilitate the production of neutralizing antibodies. It prevents proteins from binding to receptors and initiating infection.