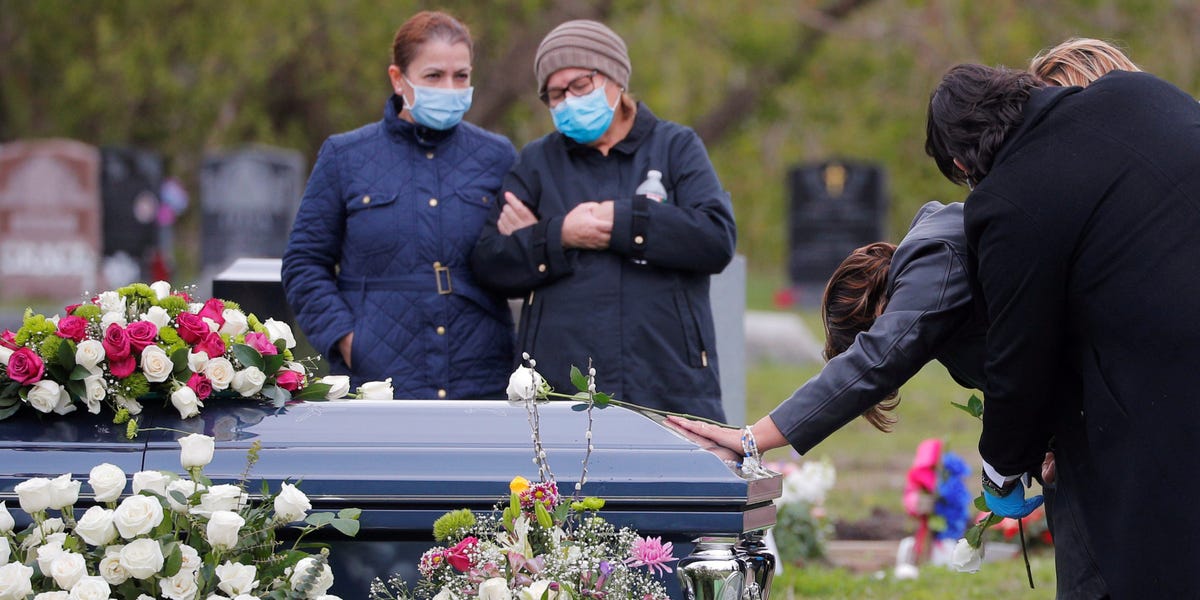 Globally, the average person is expected to live to the age of 73. However, the pandemic has shortened the lives of more than a million people. New research..

Researchers compared the ages of people who died of COVID-19 to life expectancy. When a person died early, the discrepancy between the two was considered a year of life lost by the pandemic.

Findings published in Scientific Reports on Thursday show that COVID-19 could have killed more than 20.5 million years worldwide. On average, each person who died of the coronavirus lost 16 years of life.

The data written by the researchers should encourage a “raise of awareness” that public health policies during the pandemic should also protect young people. Researchers also suggested that countries should pay more attention to reducing the number of men dying from COVID-19 at a higher rate than women.

Researchers behind the new study from Finland, Germany, Spain, the United Kingdom and the United States examined data on more than 1.3 million people who died of COVID-19 in 81 countries by January 6. The cohort reached their full lifespan before dying of illness.

Men were hit harder than women: In this study, premature death of COVID-19 caused men to lose 44% more lifespan than women. Men in this study lived on average up to 71 years, while women were 76 years.

This may simply be because high-income countries often have more powerful therapeutic resources, but in low-income countries women’s deaths are unlikely to be directly enrolled in or caused by COVID-19. There is also. In some places, women do not have access to transportation to the hospital or leave their families for medical care.

In general, more lives were lost, even among younger groups in low- and middle-income countries.

Before the study This pattern is due to high levels of housing congestion in low-income cities or a high incidence of existing conditions among non-elderly people in developing countries. Another factor is that young people in these countries are often forced to work at high risk of being exposed to the coronavirus.

It is now well understood that the coronavirus is far more deadly than the flu. Over 2.4 million people have died worldwide in 13 months. On the other hand, respiratory illness caused by seasonal flu usually kills 290,000 to 650,000 people annually.

However, new research has also determined that the coronavirus has significantly reduced the lifespan of the world by several years.

Studies have shown that in developed countries heavily affected by the pandemic, the number of years of death from COVID-19 can be two to nine times that of seasonal influenza.

Of course, coronavirus infections continue around the world, and some countries have not completed data collection on COVID-19 deaths since the end of 2020. Therefore, the total number of years lost by COVID-19 “may increase. Virtually in the coming months.”

Drink coffee to reduce the risk of heart failure