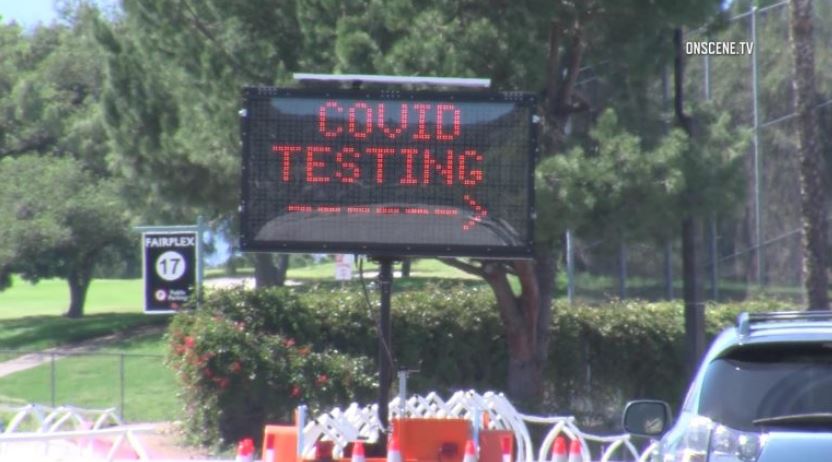 Los Angeles County reports 521 new cases of COVID-19 and 56 additional deaths, with more than 70% of new cases coming from people under the age of 50.

Conversely, 93% of the 56 reported deaths were people over the age of 50, the Los Angeles County Public Health Department reported on Saturday.

“Many young people are interacting with non-household members, raising concerns that asymptomatic young people are unknowingly helping spread the virus to more vulnerable people,” said the Director of Public Health. Barbara Ferrer said. “We’re on track with vaccination efforts, but if people aren’t vigilant, we’re in a potentially dangerous time. Face mask use, physical distance, and large gatherings. It is important to be disciplined about avoidance and compliance with non-essential travel delays, especially with the county’s recent transition to the Red Layer and the lifting of restrictions. “

Saturday numbers have resulted in a total of 1,213,784 cases and 22,777 deaths in the county since the outbreak of the pandemic.

According to state statistics, the number of residents in the county hospitalized for the virus continued to decline, dropping from 827 to 792 on Friday, with 216 in the intensive care unit.

The county is currently capable of administering about 630,000 doses per week, but due to limited supply, it is actually only about 300,000 to 350,000 doses per week. Next week, the county will receive only about 280,000 doses, which will be increased by supplies sent directly to some providers, such as the federal site in Los Angeles, California.

Dr. Paul Simon, Chief Scientific Officer of the County Health Department, said Friday that supply would be available by late April or early May, as President Joe Biden predicted, given that vaccination is already underway. The county could move fairly quickly if it increased dramatically, he said. Throughout the rest of the population.

“To ensure that we are prepared for this increase, we have begun planning to leverage our network of vaccine providers to expand our county-wide vaccination capacity to more than one million times a week,” said Simon. “Recently, President Biden announced that he would open vaccinations to all people over the age of 16 by May 1. We look forward to working with the state to achieve this goal. I will. “

But he also warned, “We are in a dangerous time,” despite advances in vaccination.

“In some parts of Europe and the United States, cases and hospitalizations have recently revived,” he said. “In addition, the spread of viral variants remains a major concern, so we will continue to discipline the use of face masks, ensuring physical distance, avoiding large gatherings, and non-essential travel delays. It is essential to keep it. “

According to Simon, as of Wednesday, a total dose of 3,234,989 vaccines had been administered in the county, but he admitted that the number could be much higher due to delays in reporting.

Of these doses, 2,177,195 was the first dose (including 25,170 single doses of Johnson & Johnson vaccine) and 1,057,794 was the second dose. This means that approximately 1.08 million people living or working in the county have been fully vaccinated.

Simon said the county would work deeper on vaccination efforts by the time supply increases in late April or early May if vaccination continues at its current pace. If the county started taking up to 1 million times a week, a significant amount of it would be a single dose of Johnson & Johnson, “a significant amount of the general adult population within a month or two thereafter. It can be processed quickly. “

Meanwhile, California officials said Saturday that they updated school guidance from kindergarten to high school in line with the updated guidance from the US Centers for Disease Control and Prevention, reducing the physical distance between classroom students from the standard 6 feet. Showed that it can be reduced to 3 feet.

Health officials have not yet had the opportunity to discuss the issue, Simon said, but guidance is likely to be incorporated into the county’s school guidelines. However, he emphasized that the 3-foot guidance applies only to schools.

“It’s especially in the classroom,” he said. “So what I don’t want people to do is say,’Well, yeah, 3 feet is virtually anywhere.'” That is definitely not the case. The guidelines were very specific at 3 feet in elementary, junior high and high school classrooms, but we made sure that everyone always wore face masks and that the class was cohort. “

COVID cases are declining in Los Angeles County, but most are in the younger generation Last changed: March 21, 2021 Along Contribution Editor

>> Want to read more stories like this? Get your free daily newsletter here!