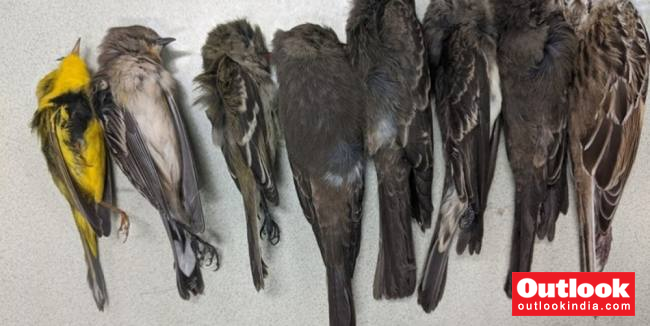 Wildlife officials on Wednesday reported that about 100 migratory birds were found dead on Lake Pondam in the past two weeks after the second wave of bird flu in Himachal Pradesh.

In early January, bird flu was first identified in migratory waterfowl in the Lake Pondam Wildlife Sanctuary. About 5,000 birds died in a month. It was contained in early February, but resurfaced in late March, starting with the discovery of 12 dead birds in the sanctuary on March 25, they added.

The strain added that both of these strains are highly pathogenic, unlike previous outbreaks in which H5N1 was detected among migratory birds.

Highly pathogenic subtypes of the avian influenza virus are highly contagious among birds and are known to be especially deadly to poultry.

Earlier this year, when bird flu outbreaks were reported across India, most states, including neighboring Haryana, reported H5N8 subtypes of the virus that were not known to infect humans.

As of Tuesday, she added, 99 birds were found dead on Lake Pondam during this resurrection.

Like the previous outbreak, she added that most of the victims were bar-headed geese, and dead birds also contained nine greylag geese.

Outbreaks have so far been limited to the beating of two adjacent forests, with high bird mortality on bad weather days. This is because geese tend to flock instead of popping out, increasing virus transmission.

The Pong Wetland, an international Ramsar Wetland with an area of ​​up to 220 square kilometers during the rainy season, becomes home to flock of birds each winter when wetlands in Europe, North Asia and Central Asia freeze. A bird survey in the reserve in February revealed the presence of 51 species and 51 species of migratory waterfowl of more than Rs 10,000, including more than 40,000 bar-headed geese.

When summer began, she added that migratory birds are now returning to their parents’ wetlands.

She added that many of the birds currently in the lake are birds that have flown from Rajasthan and other areas and have stopped here on their journey north.

Several other bird deaths have also been reported from other parts of the state, such as Theog in Shimla and Manali in Kuru, and these samples have been taken for inspection by the livestock sector.

Meanwhile, the sanctuary was closed again for visitors and the bird flu action plan was activated. This includes monitoring, testing and scientific disposal of dead birds.