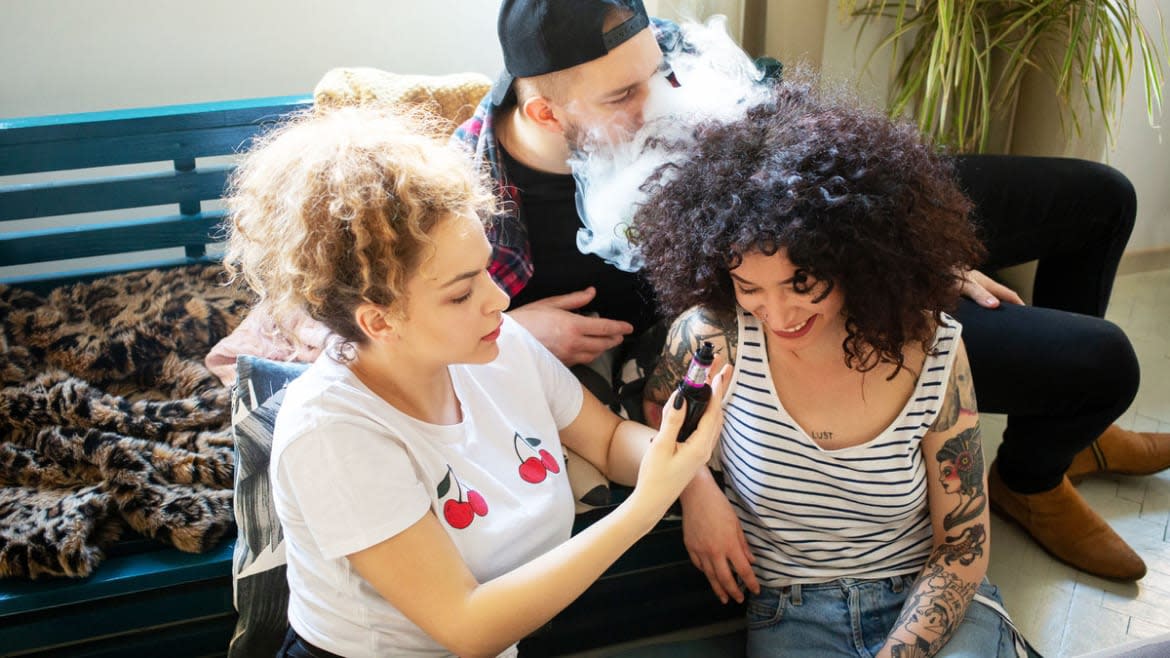 A recent survey with my colleague and I found that the placement of e-cigarette products in music videos Associated with vaping between minors..

The 1998 Tobacco Master Settlement Agreement bans the placement of tobacco and chewing tobacco products on television, music videos and movies, but these restrictions do not apply to e-cigarettes.

A recent study found that participants exposed to e-cigarette product placements and images in music videos were more likely to have used e-cigarettes in the past month than non-exposed participants. understood.

However, when YouTube was created in 2005 Popularity exploded in 2010, The music video is back. Today, music videos by major recording artists have been viewed billions of times. Official pop star music video accounts, such as Justin Bieber’s account, have some of the largest number of subscriptions on YouTube.

According to a survey, young people watch videos repeatedly and recommend them to their friends. Platforms like YouTube facilitate short-term video sharing and continuous viewing.

To see how popular this product placement is, my team first Billboard Hot 100 There were 180 official music videos on the list from June 16th to September 22nd, 2018. Next, we coded categories such as e-cigarette product placement and images, visible brand names, and views as of October 25, 2018.

Electronic cigarette product placement and images found Appeared in 7 music videos that have been watched over 1 billion times.. These videos provided the impression of billions of e-cigarettes.

Next, we recruited a representative sample of 1,280 young adults aged 18 to 24 in California. Among other variables, we asked them to complete a study assessing their exposure to the use of certain music videos and e-cigarettes.

In other words, the more videos participants remembered watching, the more likely they were to report a vaping.

No one is ready for a teenage vapor addiction crisis

District attorneys and prosecutors believe that they need to investigate the placement of e-cigarette products in music videos because they are popular among people under the legal age of tobacco purchase. Health campaigns need to warn the general public about these promotional activities.

Parents should discuss the harm of vaping with their children. Young people of all ages need to think about how businesses use popular media to influence their attitudes and behaviors. Positive vaping images, such as those found in music videos, can influence their choices in the future.

However, our research needs to be considered with some limitations in mind. Our findings may not be generalized to young adults living outside of California. Our research has not been able to identify what specific substances the performer is smoking in the music video. preliminary survey It suggests that these substances include, among other things, nicotine, CBD and THC.

Our research has not identified a causal link between product placement or image exposure in music videos and the use of e-cigarettes. But this is the future research area of ​​our team.

Nevertheless, limiting the placement of e-cigarette products in music videos can minimize future marketing exposure of young adults. Ultimately, such behavior can reduce vaping between the age groups that the e-cigarette industry regularly targets.

Jon-Patrick Allem is an assistant professor of research at the University of Southern California.

Put your top stories in your inbox every day. Sign up now!

Daily Beast Membership: Beast Inside digs deeper into stories that are important to you. learn more.

Even with the vaccine, there is one really disturbing reason to worry about the latest COVID surges.

Vaccine guilt is good – unless it stops you from being shot