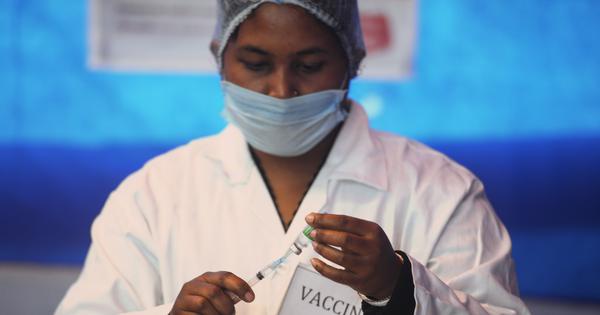 The gap in the number of vaccines given in developed and developing countries “is widening daily and becoming more grotesque than daily,” declared Tedros Adhanom Gebreyes, director of the World Health Organization, on March 22. did. The latter statement states that only 0.1% of the vaccine doses distributed worldwide 9% of the world population..

However, as early as April 2020, the Bill & Melinda Gates Foundation, the European Commission and France, along with WHO, supported the implementation of the international solidarity mechanism Covid-19 Vaccines Global Access or COVAX.

COVAX’s mission is led by the GAVI Vaccine Alliance and the Infectious Disease Control Innovation Alliance, in collaboration with UNICEF and the Pan American Health Organization. 98 participating high-income countries and 92 low- and middle-income countries..

At the end of February, the first 504,000 and 600,000 doses were delivered to Côte d’Ivoire and Ghana, respectively. By the beginning of April, 100 countries had already received more than 38 million doses, 61 of which benefited from subsidies. Funding by a dedicated fund.. In the coming months, the expected scale-up of COVAX is ambitious, with a target of 337 million doses in 145 countries by the end of June and at least 2 billion doses by the end of 2021. 1.3 billion of them are free. To low-income countries 27% of the population can be vaccinated..

Even if this goal is achieved, it is not enough to control the pandemic. To achieve this, a much higher proportion of the population needs to be vaccinated. Recent modeling estimates that if the vaccine prevents viral infection in 90% of cases, nearly 67% of the population needs to be vaccinated to achieve herd immunity. Return to “normal” life..Such thresholds apply to the world’s population 7.7 billion peopleLeads to a production goal of 5.2 billion doses in the most favorable situation for a single dose vaccine and double the dose if two doses are required, or 10.4 billion doses.

In addition to producing new vaccines on an unprecedented scale, they need to be vaccinated before, in the shortest possible time, anywhere in the world. New variants undermine early results..This instruction is repeated by GAVI And CEPI, COVAX co-leader, and UNICEF And PahoResponsible for procurement and logistics.In the words of Jeremy Farah, director Wellcome Trust: “If spread unchecked in most parts of the world, the virus is at risk of mutating to the extent that vaccines and treatments fail, leaving us all exposed.”

Vaccine distribution is complicated by early commercial agreements between the government and the industry, sometimes at higher doses than necessary, when the product has not yet been approved. For example, by mid-November 2020, total pre-orders from Australia, Canada and Japan were exceeded. 1 billion times..In total, it is estimated that there were pre-orders only in high-income countries 4.2 billion doses in 2021..

The COVAX mechanism provides a partial solution by encouraging high-income countries to donate surplus doses for reallocation to developing countries. However, redistributables can only share volumes that are limited by the installed capacity.

Companies that have signed COVAX management capabilities and supply contracts are estimated to have 8 billion doses in 2021, of which 2 billion are related to mRNA vaccines with supply chain and storage challenges, especially in developing countries. I will.Recently encountered manufacturing problems BioNTech-Pfizer, Gamareya, Johnson & Johnson And Oxford-AstraZeneca He points out the difficulty of increasing production capacity to production capacity.

Future supply issues and the resulting delays can jeopardize the reallocation mechanism by encouraging governments in developed countries to enforce the priority clauses contained in pre-order contracts.

Efforts to increase capacity are already underway. Approved vaccine suppliers will invest in new manufacturing facilities. Other companies are developing candidate vaccines that may soon be added to the current supply.

A more controversial move was initiated by South Africa and India in October 2020, calling on the World Trade Organization to temporarily waive its intellectual property rights related to Covid-19. Especially patents.. With the support of about 100 countries, this request aims to accelerate vaccine production, treatment and diagnosis. Developing world..

The initiative faces opposition from the pharmaceutical industry and many developed countries, and in order to increase supply without questioning patents, a bilateral agreement between vaccine producers and companies with capacity has been reached. It’s enough to rely on it.

Both patent waivers and status quo are vulnerable to delays in policy induction due to unilateral government action.If the patent is suspended, the flow of ingredients required for vaccine production may be hampered by export control mechanisms. Recently strengthened in many countries..

On the other hand, if the patent is maintained, the use of compulsory licenses that allow third parties to manufacture patented products without the consent of the patentee, as it happened in the 2000s, is among developing countries. It may spread more.Production of HIV antiretroviral drug..

In both cases, patent waiver and enforcement are essential for vaccine production, Not described by intellectual property rights..

The third approach we support is for vaccine producers to sign a license agreement with the United Nations-backed public health organization, Medicines Patent Pool, which is integrated into the Covid-19 Technology Access Pool. WHO Initiative..

The mission of the drug patent pool, whose mission was expanded to Covid-19 in March 2020, is to improve access to essential medicines in low- and middle-income countries. Seek voluntary licenses from the pharmaceutical industry and therefore do not question the patent system before acting as a one-stop shop for distributing (combining) these licenses to generic drug or biosimilar producers. ..

The resulting reduction in transaction costs and the elimination of multiple margins with a pooling approach involves lower prices in the final market than if the licenses were traded separately in multiple bilateral agreements.

At the same time, patent owners can maintain an incentive to invest in research and transfer technical know-how to technical users without using capacity. Receive royalties from the drug patent pool.. Licenses can cover only a few key factors or relate to narrowly defined operations in order to eliminate bottlenecks and increase capacity without over-transferring. Exclusive knowledge of the patentee..

The industry’s contribution to drug patent pool solutions within the WHO-initiated Covid-19 Technology Access Pool Mechanism minimizes the risk of vaccine nationalism and compulsory license initiatives without suspending intellectual property rights. .. The advantage is to use an established platform to instantly accelerate access to vaccines around the world.

Etienne Billet de Villemules I am a professor at the University of Lille. Bruno Versabel He is a professor of industrial economics in EM Lyon.

Vianney Dequiedt He is a professor of economics at the University of Clermont-Aubergne.