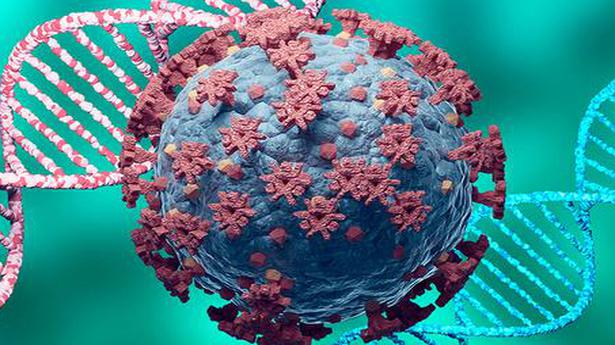 Lamb (renamed), 36, tested positive for COVID on April 18. He had mild symptoms and consulted a doctor over the phone. The doctor prescribed him regular COVID-19 treatment (paracetamol, vitamins, mineral supplements). However, on the sixth day, his fever soared to 102-103 degrees Fahrenheit. His blood reports show severe inflammation, and doctors are currently prescribing him with oral steroids as well.

Steroids reduced inflammation and fever, but exacerbated diabetes, which was a borderline before infection. His blood sugar levels could not be controlled with oral medications, so he had to take insulin for the next few days. But that wasn’t the end of his worries.

A few days later, he complained of pain in his right eye, swelling and numbness in his right cheek, and an intolerable headache. His doctor called him to the hospital. Upon examination, they found an infection like black gangrene in his nose. He was immediately admitted to the hospital.Nose biopsy Tissue revealed zygomycosis.. He was taking a powerful antifungal drug, but the infection had already spread to his eyes, nose, and cheeks, so doctors had no choice but to remove his right eye to prevent it from entering the brain.

“It was a life-saving surgery,” said Manish Munjar, an otolaryngology consultant at Sagangalam Hospital in Delhi.

Mucormycosis or black mold infections are caused by a group of molds called Mucormycosis that are present in the air and in damp places. Doctors have seen a 50% increase in cases compared to the last few years.

Read again | “Diabetics should consult their doctor immediately if they have symptoms of mucormycosis.”

“This fungus can be found on the inside of water tanks that haven’t been cleaned for some time or in other damp places. In the average person, the body’s own immunity can repel it, but immunity. In people with reduced and uncontrolled diabetes, the fungus enters through the nostrils and grows. It can grow rapidly to the nose, cheeks, jaws, lungs, and even the brain. ” Dr. Arun Sharma, Regional Medical Expert and Director of the National Institute for Infectious Diseases, explained. Medical research, Jodhpur.

“Steroids are the preferred treatment for COVID-19 patients who develop a severe inflammatory response in the second stage of the disease. However, if steroids are given too early, too much, or too long, they are secondary. It can be vulnerable to bacterial and fungal infections, “explains Dr. Sami Lampanda, Head of ICMR Epidemiology and Infectious Diseases Division in Delhi.

According to doctors, this infection is common in uncontrolled diabetics and the elderly. It appears as black spores in the nasal passages. When it penetrates the brain, it can change the patient’s mental state and cause hallucinations and seizures. When it spreads to the jaw, the infection can loosen the teeth. The lungs can cause severe pneumonia with symptoms such as severe chest pain, coughing, and shortness of breath, and the eyes can cause loss of vision.

Most often, it develops after 2 weeks of treatment. Treatment of COVID-19 if a patient with moderate or severe illness is discharged, stays in the intensive care unit for an extended period of time and is taking immunomodulators.

“If detected early, it can be effectively treated with commercially available antifungal drugs. Doctors should be careful and look for early signs. But in severe cases, the patient’s life. Doctors may have to choose more aggressive treatments, including surgical resection of the affected area, to save the patient, “says Dr. Sharma.

He added that doctors must remain vigilant. “At discharge, doctors also need to educate patients about possible secondary infections and how to detect them early,” said Dr. Sharma.

Due to the detection of several cases of mucormycosis in Delhi, Maharashtra and Gujarat, experts from the National COVID-19 Task Force have issued evidence-based recommendations for the disease. The Task Force states that it is important to monitor and control blood glucose levels in patients, reduce steroid use, and discontinue immunomodulators, as well as treat zygomycosis.

Experts also warn that patients should not discontinue treatment for zygomycosis 4-6 weeks in advance or with the advice of a doctor to rule out the possibility of recurrence of the infection.

They state that it is important to keep the oxygen masks and cannulas of COVID patients sterile to prevent mucormycosis. Doctors say the water used for oxygenation should be regularly checked for possible contamination and the patient’s nostrils and skin examined for early signs of infection. Moreover, patients also need to take certain precautions after COVID. It is advisable to avoid damp and dusty areas for some time. If they are unavoidable, you should wear a three-layer mask and gloves to completely cover your legs and arms.

“It takes three to four weeks for a patient to stop taking steroids before they stop taking steroids. During this period, patients are susceptible to not only fungal infections, but also other viral and bacterial infections. After COVID-19, there are many cases of secondary pneumonia, urinary tract infections, and tuberculosis, so it is important to maintain personal and environmental hygiene, “says Dr. Munjar.

Three Reasons to Require Children to Get COVID-19 Vaccination

If you are craving for this, it could be an early sign of dementia