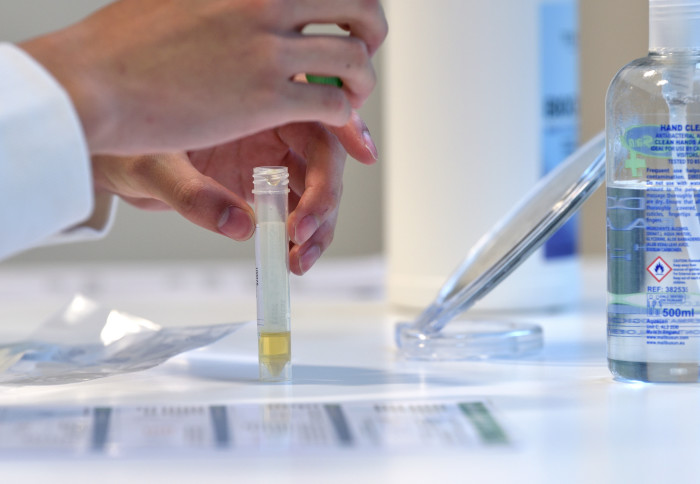 The number of people infected with the coronavirus is increasing rapidly in the United Kingdom, doubling every 11 days.

“These data are consistent with the predominance of delta variants, demonstrating the importance of continuing to monitor infection rates and variants.” Professor Paul Elliott Faculty of Public Health

Scientists led by Imperial College London estimate that the reproduction number (R) is 1.44. This means that an average of 10 infected people will infect 14 people with the virus, resulting in a rapid epidemic.

Most infectious diseases occur in children and young adults, but are also increasing in the elderly, with similar rates increasing in people in their 50s and younger.

Professor Paul Elliott, director of the Imperials School of Public Health REACT program, said: For England. These data are consistent with the predominance of delta variants, demonstrating the importance of continuing to monitor infection rates and variants of community concern. “

Results of these ongoing findings Real-time assessment of community infections (REACT-1) A program led by Imperial and implemented in collaboration with Ipsos Mori, Here is the preprint report Submitted for peer review.

In this latest round of ongoing REACT research, 108,911 people wiped at home and analyzed their samples in a PCR test. Of these, 135 were positive, most of which (about 90%) were delta mutants at the end of the study round. This is consistent with UK Public Health Services (PHE) data, which reports that variants account for 90% of infections.

“If this growth continues, it will promote infections in older and more vulnerable people, resulting in more hospitalizations and deaths.” Professor Steven Riley Faculty of Public Health

In previous tests of this study, round patterns of infection were fairly similar across the country, but the latest data showed considerable regional differences. The highest prevalence was 0.26% in the northwest, up from 0.11% in the previous round, but lowest in the southwest at 0.05%, down slightly from 0.07%.

The study also tracks the relationship between infectious diseases, hospitalizations, and deaths across different age groups. Since February, the association between infection, hospitalization, and death has diminished in people over the age of 65, but these trends have recently reversed in people under the age of 65, indicating that this group has low vaccination coverage. It may be reflected.

Professor Steven Riley, a professor of infectious disease dynamics at Imperial, said: People because the vaccine is not 100% effective and not everyone is completely vaccinated. This leads to more hospitalizations and deaths and risks burdening the NHS. Therefore, it is important that people accept the vaccine and continue to adhere to the rules. “

The REACT-1 study tracks current coronavirus infections in the community by testing more than 100,000 randomly selected people each month for approximately two weeks. This study recruits new people every month to ensure that the sample represents a larger population and provides high-resolution snapshots of the situation over a specific time period.

This is different from the ONS COVID-19 infection survey. This study runs continuously and samples the same person over time to understand home infections. This sometimes means that they report different numbers, as studies use different methods.

“As the vaccine continues to roll, we all have to be a little longer and nervous.” Matt Hancock Secretary of Health and Social Welfare

Matt Hancock, Secretary of Health, said: “These findings highlight the tough situation in which we made the difficult decision to delay Step 4 of the roadmap from the blockade.

“Currently, the number of cases is increasing, but thanks to our incredible vaccination program and an enhanced response package that includes surge testing, we have tools to control the spread of this virus. I’m waiting.

“We all need to be a little longer nervous while the vaccine is being deployed. Both to keep observing the hands, face, space and fresh air and take the best possible precautions. Please be sure to inoculate the vaccine. “

“The rise is modest, but when the R number exceeds 1, it highlights the potential for a rapid increase in that number. Remember to get vaccinated if possible. Nearly 2 million people. Thank you to the general public. ”I have been involved in the REACT-1 study since it was started a year ago to help provide this important evidence to the government. “

Vaccine Fear: How Does the COVID-19 Vaccine Work?