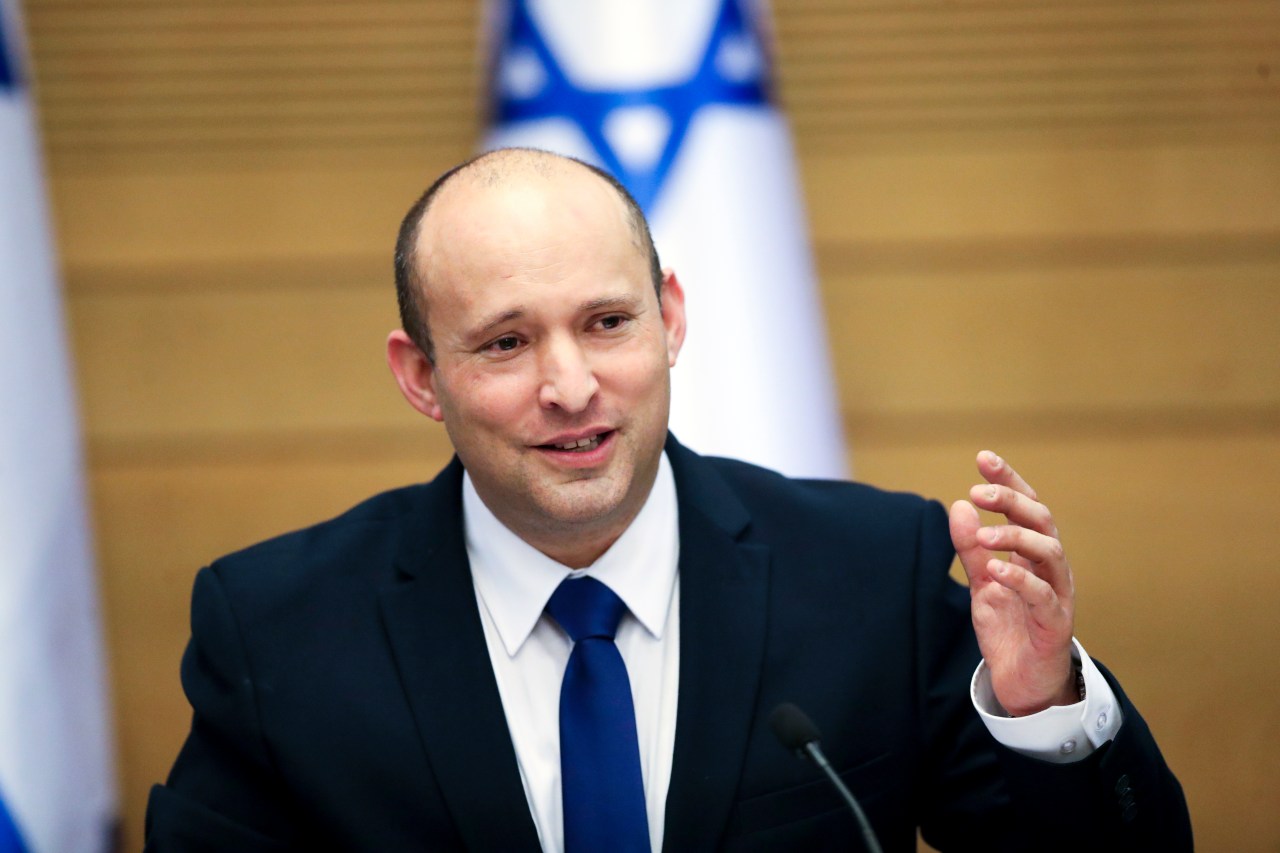 WASHINGTON (AP) With their countries at a crossroads, the new leaders of the United States and Israel have inherited a relationship that is both threatened by increasingly partisan domestic political considerations and deeply linked to the history and the ingrained recognition that they need each other.

How President Joe Biden and Prime Minister Naftali Bennett handle this relationship will shape the prospects for peace and stability in the Middle East.

They usher in an era that is no longer defined by the powerful personality of longtime Prime Minister Benjamin Netayahu, who has repeatedly challenged the Obama administration and then reaped the rewards of a warm relationship with President Donald Trump.

The Bennetts government says it wants to restore relations with Democrats and restore bipartisan support in the United States for Israel. Biden, meanwhile, pursues a more balanced approach to the Palestinian conflict and Iran.

The relationship is crucial for both countries. Israel has long viewed the United States as its closest ally and the guarantor of its security and international standing, while the United States relies on Israel’s military and intelligence prowess in a turbulent Middle East.

But Biden and Bennett are also constrained by domestic politics.

Bennett heads an uncertain coalition of eight parties from across the Israeli political spectrum whose main focal point was Netanyahu’s removal from power after 12 years. Biden struggles to bridge a gap within his party where near-uniform support for Israel has eroded and a progressive wing wants the US to do more to end Israel’s occupation of land than Palestinians want. for a future state.

We end up with a Democratic White House, Senate and Chamber and they are angry, Lapid said as he took over as head of Israel’s foreign ministry a week ago. We need to change the way we work with them.

A key test will be on Iran. Biden sought to revert to the Iran nuclear deal that President Barack Obama saw as a major foreign policy achievement. Trump withdrew from the pact to cheers from pro-Israel US lawmakers and Israel. Although Iran has yet to accept Bidens’ offer for direct negotiations, indirect talks on the nuclear deal are now at a sixth round in Vienna.

Israel’s new government remains firmly opposed to Bidens’ efforts to resurrect the deal. But he maintains he will discuss the issue behind closed doors rather than hold public confrontations, like Netanyahu’s controversial speech slamming the deal into the US Congress in 2015.

In a conversation with Secretary of State Antony Blinken on Thursday, Lapid said the two had agreed on a no-surprise policy and to keep the lines of communication open.

Eytan Gilboa, an expert on US-Israel relations at Israel Bar-Ilan University, says that instead of trying to scuttle any deal with Iran, the new government will pressure the US administration to quash any deal with Iran. ‘It maintains some sanctions against Iran and seeks strategic compensation for Israel in any return to the deal.

Resolving differences over the Israeli-Palestinian conflict will be another important challenge for the two leaders.

Biden has already set out to overturn Netanyahu-backed Trump policies that alienated the Palestinians and caused an almost complete breakdown in official US-Palestinian contacts. Almost immediately after taking office, Biden restored U.S. aid to the Palestinians, cut back by Trump, which in just four months totals more than $ 300 million. He announced that his administration intended to reopen the US consulate in Jerusalem, closed by Trump, which managed relations with the Palestinians. And, administration officials have spoken of the imperative that Israelis and Palestinians enjoy equal measures of security and prosperity.

Yet neither Biden nor Blinken have signaled a move to change Trump’s most important pro-Israel steps. These include its abandonment of the long-standing US policy that settlements are illegitimate under international law, its recognition of Jerusalem as the capital of Israel, and its recognition of Israeli sovereignty over the Golan Heights, territory taken from Israel. Syria in the 1967 Arab-Israeli War. The administration also hopes to expand the Arab-Israeli normalization agreements that the Trump administration forged during its last months in office.

In an appeal on Bennett’s first day in power, Biden affirmed his unwavering support for the US-Israel relationship “and his unwavering commitment to Israel’s security. He pledged to work together on all security issues, including Iran.

Biden’s support for Israel’s heavy airstrikes during last month’s war with militant Hamas leaders in Gaza, which fired thousands of rockets at Israel, angered Progressive Democrats in Congress. With renewed numerical strength, they demand that the administration do more to support the Palestinians and that conditions be placed on the massive amount of military aid the United States is providing to Israel.

While established Democratic lawmakers tirelessly support Israel and its absolute right to defend itself, the growing number of progressive voices in their caucus has turned the issue into a political hot potato. The Israeli change of government is unlikely to soften their calls to action as Israeli-Palestinian violence has continued in recent days.

Yet the Biden administration has already urged Israel’s new government to ease tensions with the Palestinians. In two telephone conversations with Lapid over the past week, Blinken spoke of the need to improve Israeli-Palestinian relations in a practical way and pledged to deepen Israeli-Arab relations.

It is not clear that the new government will be responsive.

Centrist members like Lapid and Defense Minister Benny Gantz clearly want to take a more cooperative approach with the Biden administration, while Bennett and his right-wing partners are under pressure from their base to maintain Netanyahu’s hardline approach, no. only on Iran but on the conflict with the Palestinians.

The former prime minister, who is already considering a return to power, has called Bennett weak and inexperienced, and will likely pounce on any perceived surrender.

The Israeli government already faces tough decisions, including whether to evacuate an unauthorized settlement outpost established last month and whether to intervene in the legal process by which settler organizations are trying to evict people. dozens of Palestinian families from their homes in East Jerusalem.

The Biden administration urges Israel to refrain from any unilateral measures such as settlement expansion or evictions that could hamper the eventual relaunch of the peace process, which has been moribund for more than a decade. But Washington has yet to issue public condemnations of settlement activity beyond general calls for both sides to refrain from unilateral measures that could fuel tensions or hurt prospects for a possible peace deal.

Bennett is a strong supporter of settlements and opposed to a Palestinian state, but he is also seen by many as a pragmatist. He may be able to turn his weakness into strength, arguing that any major concession to the Palestinians or settlers risks bringing down the government and returning Netanyahu to power.

The forces that brought this coalition to power are strong enough in my opinion to support the pressure from the right and probably also the American pressure to make a major change in policy towards the Palestinians, Gilboa said.

Krauss brought back from Jerusalem.

Because Britain enjoys a sensual summer, the British have asked us to respect nature.