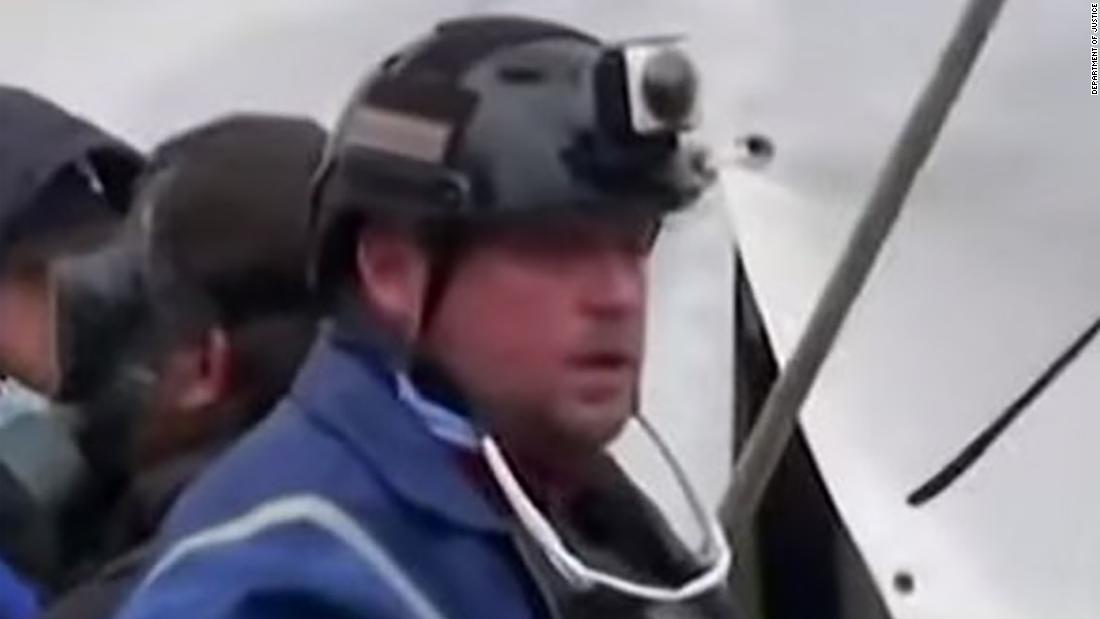 The judge granted the Justice Department’s request to place Guy Reffitt, accused of the Capitol riots, in front of his laptop so they could use facial recognition to unlock the device. The maneuver happened after the hearing was over, and Reffitt’s attorney confirmed to CNN that the laptop was unlocked.

Investigators seized the laptop and other devices earlier this year under a search warrant.

Reffitt has been in jail since his arrest in January. His case received national attention after his son spoke publicly about how Reffitt threatened to kill family members if they turned him into the FBI. The case has become an example of how former President Donald Trump’s lies tore some families apart – Reffitt’s son and daughter have testified against him in court or before the grand jury. He pleaded not guilty to five federal crimes, including bringing a handgun onto Capitol Hill grounds during the insurgency and obstructing justice by allegedly threatening his family. The gun charge was added last month and contradicts false claims by Trump and prominent Republican lawmakers that the rioters were unarmed and had “no guns.”

The case raised intriguing constitutional questions about the right against self-incrimination, but Judge Dabney Friedrich agreed with prosecutors that the unlock was within the law.

In previous court records, Reffitt’s attorneys have said the search warrant for the laptop has expired and Reffitt can’t remember if there is a password.

As the court noted here, requiring an accused to expose his face to unlock a computer may be lawful and is not far removed from other procedures that are now routinely approved by the courts, with a proper justification: standing in line, submitting handwriting or a vocal copy, or submitting a blood or DNA sample, ”Elie Honig, CNN’s senior legal analyst, said in an email.

When judges consider such requests, Honig said, they try to strike a balance “between respecting a defendant’s privacy and other rights on the one hand, and allowing prosecutors to potentially obtain evidence. crucial with minimal intrusion into the rights of the accused, on the other hand. “

By the time Reffitt entered the courtroom, two FBI agents had set up his Microsoft Surface Pro laptop and two bags of technical equipment. Prosecutors have previously said in court records that they believe the laptop contained more than 6 gigabytes of video that Reffitt filmed with a helmet-worn camera as he moved from the Ellipse to the grounds of the US Capitol.

If the videos are on the laptop, prosecutors said, they could contain valuable evidence, such as footage of the handgun he brought to Capitol Hill, or any comments he made about his intentions. That day.

Reffitt – who wore an orange prison jumpsuit, white Velcro sneakers, and a medical mask – didn’t seem interested for most of the procedure. He often rubbed his eyes and at one point even leaned so far back in his chair that he had to hold back from falling.