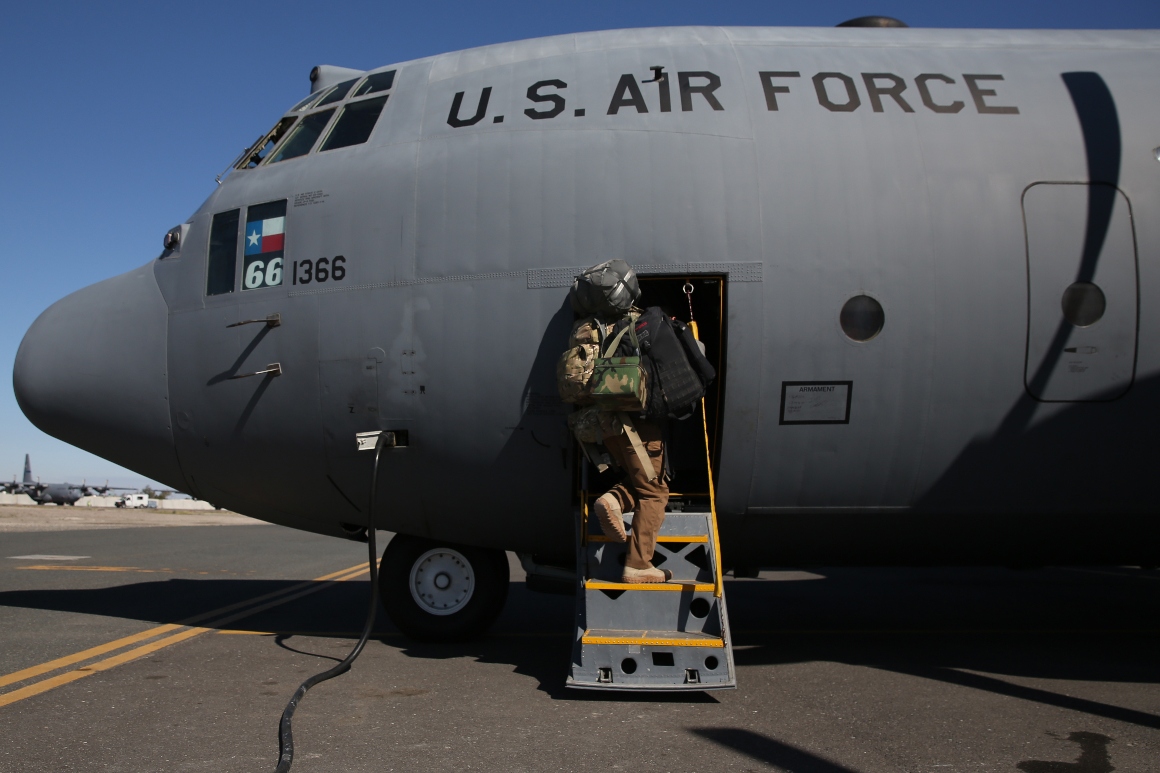 The announcement will mark the culmination of a number of strategic dialogues between Iraq and US officials on the US military presence in Iraq in recent years, the person said. While the overall numbers are unlikely to change much – there are around 2,500 US troops in Iraq today – the remaining combat forces will likely be redeployed, replaced by personnel focused on the advisory mission, by the end of it. of the year.

The change, which is being discussed as U.S. and Iraqi officials met at the Pentagon on Thursday, will mark another shift for the U.S. military presence in Iraq, where the U.S. has deployed troops for most of the past 18 years.

Kadhimi gave an overview of the announcement in a recent interview, saying Iraq no longer needs US combat troops.

The Iraqis are now ready to rise up and protect themselves. We no longer need American combat troops, Kadhimi told Washington Post columnist David Ignatius. At the same time, we will continue to need intelligence support, training, capacity building and advice.

Pentagon spokesman John Kirby said in a statement to POLITICO that ministerial-level meetings “will reflect the breadth of this partnership and the importance with which the Biden administration views Iraq as a pivot for the stability in the Middle East. We anticipate a number of deliverables will be announced in these areas at the end of the visit.

The Biden administration’s approach to the conflict in Iraq stands in stark contrast to the situation in Afghanistan, as America ends its longest war. In Iraq, US and Iraqi officials are seeking a long-term military partnership; in Afghanistan, all US troops are expected to leave by August 31, except for around 600 who will remain to help secure the US embassy and Kabul airport.

But officials say the situation in Iraq is different. The Pentagon has trained hundreds of thousands of Iraqis in recent years who have led the fight against Islamic State, with the US military providing air support and intelligence when needed. Iraqi special forces are among the most capable and proven in the region, according to officials, and played a leading role in the defeat of ISIS’s caliphate in 2019. In Afghanistan, by contrast, the Taliban have made steady progress for years, and the Trump administration’s 2020 peace deal with the group made the pullout almost inevitable, officials said.

Kadhimi is in the awkward position of trying to balance pressure from Iranian-linked political factions within his government who want US forces to pull out entirely, and Iraq’s continued need for military support. American essential to continue fighting terrorists. Adding another layer of complexity to Kadhimis’ dilemma, Iranian-backed militias relentlessly target US and Iraqi troops in the country with drone and rocket attacks.

While the change on the ground would be subtle, the official recognition of the change in mission could be described as a political victory for Kadhimi ahead of parliamentary elections slated for October.

The U.S. military has gradually shifted to an advisory role in Iraq since the summer of 2020, when U.S. and Iraqi officials agreed in a series of statements to reduce U.S. combat forces in the country.

In fact, in a joint statement on April 7, officials proclaimed that due to the growing capacity of Iraqi security forces, the mission of US and coalition forces is now focused on training and advisory tasks, thus allowing the redeployment of all the remaining combat forces of Iraq, the timetable to be established during the next technical discussions.

Next week’s announcement will officially put an end date on the transition. But the sources stressed that a withdrawal of US troops in the near future is not seriously discussed.

The US military has maintained a constant presence in Iraq since 2014 as part of Operation Inherent Resolve, which saw US troops return to the country due to the rise of Islamic State. But Iraq became the proxy battleground for a conflict between Washington and Tehran in 2019 following the withdrawal of then-President Donald Trump, the Iran nuclear deal and the reimposition of sanctions the previous year.

Conflict escalated in the Americas on January 3, the assassination of Iranian Major General Qassem Soleimani in Baghdad, which led the Iraqi Council of Representatives two days later to approve a non-binding resolution calling for an end to the presence US military in Iraq. That fall, the Pentagon officially announced a plan to reduce the US military presence in Iraq by more than a third, from 5,200 to 3,000; by January 2021, the Trump administration had reduced that number to 2,500.

Yet attacks on US troops in Iraq continue and have escalated in recent weeks despite retaliatory US airstrikes in February and June. In just one week in early July, US troops and diplomats in Iraq and Syria were the target of six rocket and drone attacks.

US officials say the increased threat, including a wave of drone attacks in June, reflects Iranian pressure for America to withdraw its troops from Iraq.

On Capitol Hill, Republican lawmakers suggested it was a bad idea to end the combat mission as ISIS and Iranian-backed proxies continue to threaten Iraq’s sovereignty.

As we see Afghanistan descending into chaos and ISIS continues to rampage in Iraq and Syria, now is not the time for the United States or Iraq to pretend that our common mission is over, Senate Minority Leader Mitch McConnell said Thursday.

Senator Joni Ernst (R-Iowa) said she was really worried about withdrawing all of our troops without having a good, solid withdrawal plan and knowing how to react to an increase in terrorism.

Republicans have broadly supported Bidens’ retaliatory strikes against Iranian-backed militants in Iraq and Syria, but urged him to develop a strategy to drive terrorist groups out of those countries for good.

The House recently revoked obsolete war permits for Iraq, and the Senate is expected to follow suit later this year. Some Republicans have argued that removing these permissions would unnecessarily hamper Bidens’ ability to prosecute these terrorist groups in Iraq, although measures were initially enacted to allow military action for the First Gulf War and efforts to overthrow Saddam Hussein’s government.

Nahal Toosi and Andrew Desiderio contributed to this report.