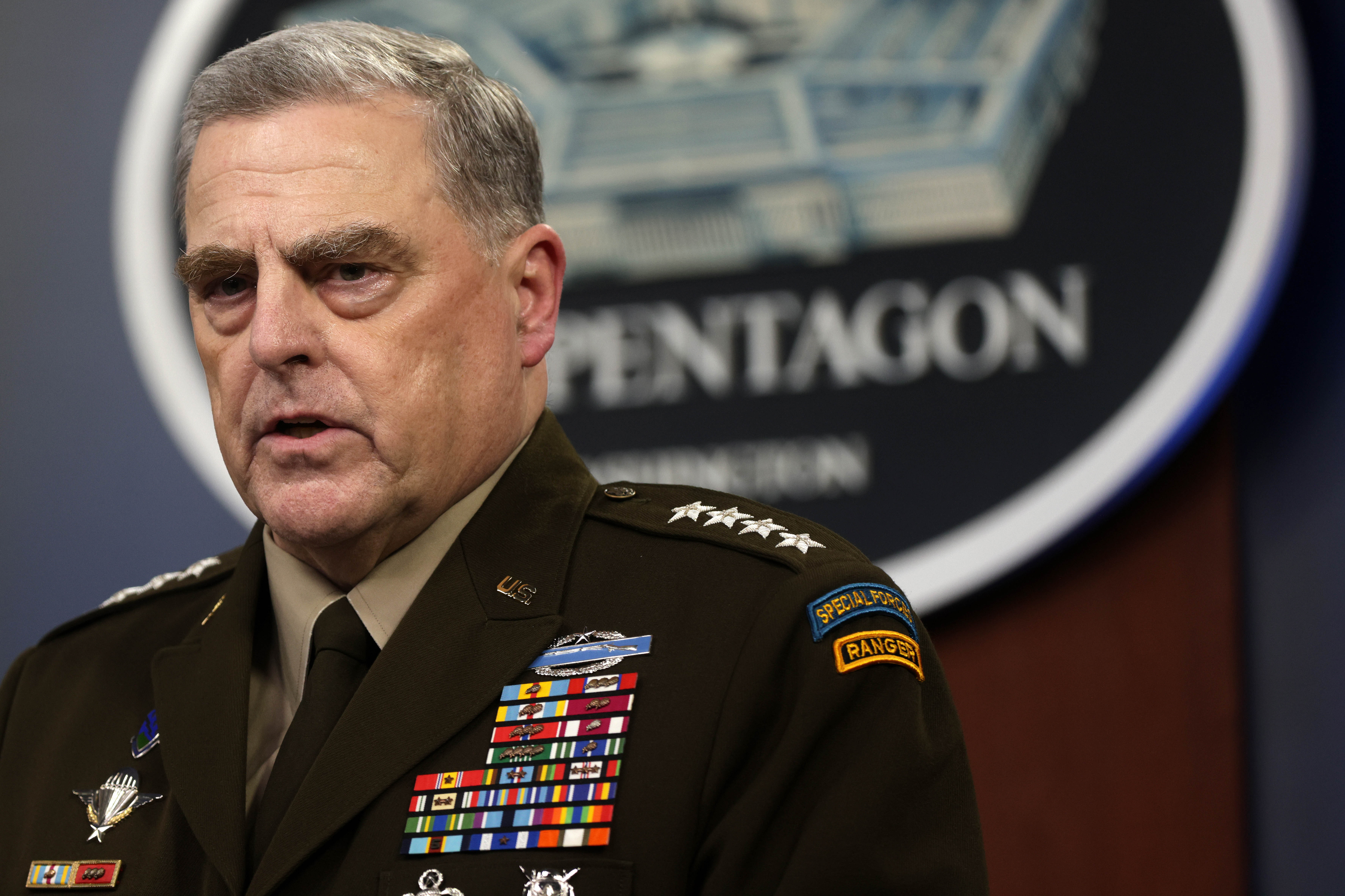 Once approved, we would then work as a fusion center for all of our organizations to resolve conflicts in land and air space, according to the reading. This will allow us to move people and keep them safe by providing superior coverage for everything we do.

Representatives from Secretary of Defense Lloyd Austins’ office and the National Security Council attended the meeting, along with five three-star officers from Milleys staff, but no one from the State Department attended, said the officials. people. When asked why, a senior State Department official replied that the department “works closely” with the Pentagon.

Milley’s original proposal called for a “public / private partnership,” according to the meeting’s reading. But after the story was published, a White House official clarified that President Joe Biden had not approved a new venture, but rather an intensification of existing coordination efforts.

As the military evacuation effort ended on August 31, the State Department took the lead in continuing to help the Americans and their Afghan allies reach safety. But at the same time, outside groups have mobilized resources, chartered planes and worked with third countries to evacuate Americans and Afghans independently of the government.

This work is extremely valuable, but the challenge is that the Taliban often does not allow people to leave the country without the proper documents, the senior State Department official said.

There is a lot of overlap, there is a lot of vagueness about the status, said the official, who spoke on condition of anonymity to discuss internal issues. For example, the State Department has seen a number of instances in which a group will include the names of US citizens who are ostensibly on the ground trying to get out, but upon investigation, it turns out that these people are already in the process. United States. “

The new effort will focus in part on resolving conflicts between the various lists of potential evacuees that each of the groups has independently put together and checking the status of each person, the official said.

We need to put in a better structure to allow us to communicate with these groups, for these groups to communicate with us, and try to put a little more consistency and focus on that so that if … we have opportunities. to come out of groups, if and as we see opportunities where the Talibs are going to be a bit more flexible for whatever reason, we are all working on a common set of metrics and hopefully a common set of priorities, stressed the manager.

A spokesperson for the Joint Chiefs of Staff declined to comment for this article.

Dozens of local volunteer groups made up of former U.S. special operators, members of Congress, aid workers, intelligence officers and others with experience in Afghanistan sprang into action in mid-August after the fall of Kabul. Some of the members coordinated meeting points at Kabul airport via WhatsApp thousands of miles away, and others on the ground in Kabul launched daring missions to guide evacuees to safety.

Our latest coverage of Afghanistan

Members often worked directly with the Defense and State Departments to coordinate what they called snatch and grabs, alerting them when potential evacuees had arrived at the airport so troops stationed at the gates could quickly retrieve them. in the crowd.

It really is an underground railroad, Scott Mann, a retired Army Special Forces officer leading a group called Task Force Pineapple, said in a video message to supporters in August. . Mann attended the meeting on Tuesday, along with representatives from Task Force Dunkirk and EVAC, which runs a program that helps support education for Afghan women, according to the population.

Together, the groups have helped thousands of people to safety and are still working to evacuate people more than a week after the official end of the US military evacuation.

During the meeting, Milley complimented the volunteer effort and told attendees to expect regular meetings in the future, a group member said. He also said he understood the veterans’ desire to help those who fought alongside the United States, the person said. The withdrawal is deeply personal for Milley, who has commanded troops in Afghanistan and often speaks from his experience.

The extent of the Pentagon’s involvement in continuing the evacuation operations is not yet clear. While participants speculated it might involve air support or funding, others said it was unlikely.

It is important to try to manage expectations. It’s about providing good data and providing a common operational picture of the pool of people that external defenders most worried about, where are they and how can we try to… position ourselves to help them leave Afghanistan the senior State Department official said, noting that the challenges so far have been to physically secure access so these people can leave.

Securing the airlift and temporary housing was not a problem, the person said.