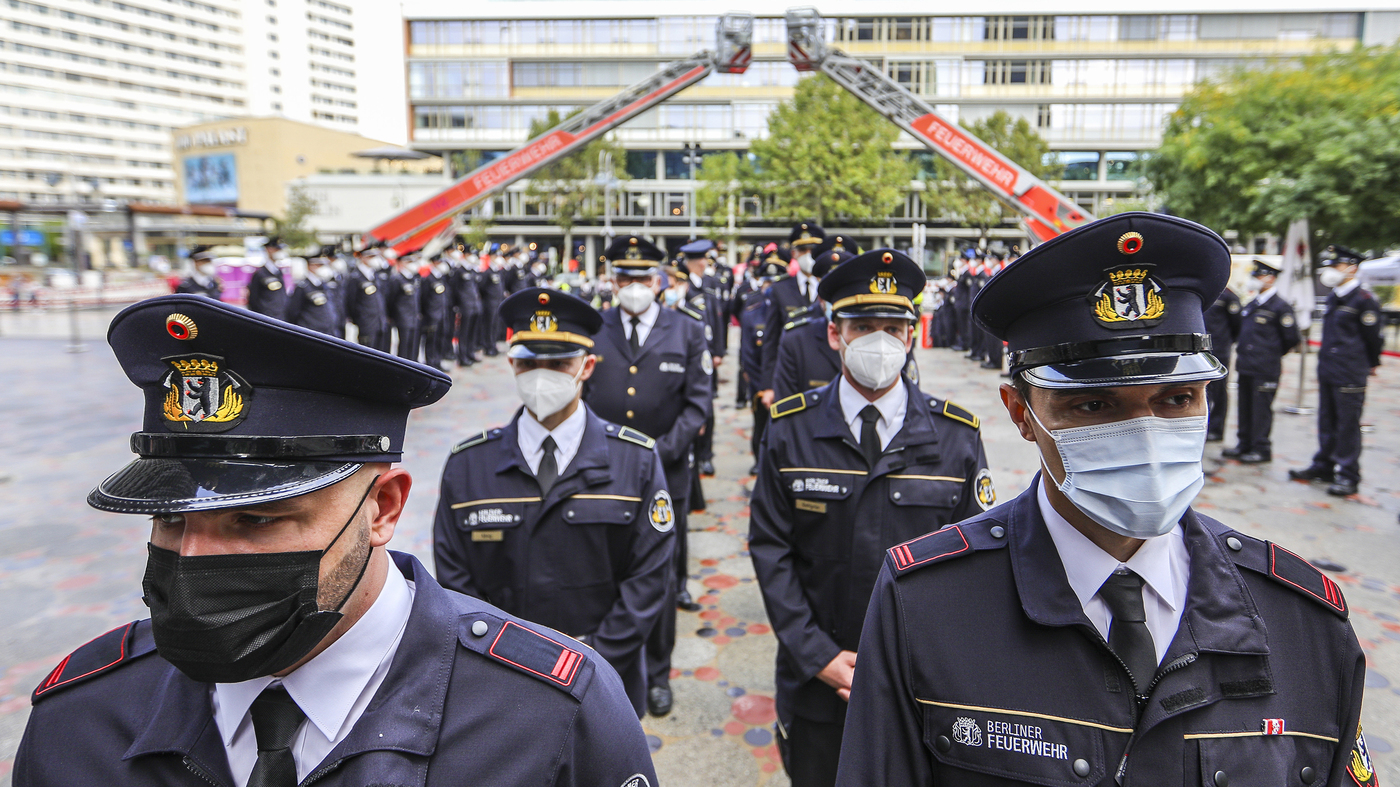 Members of the Berlin City Fire Department attend a ceremony near the Breitscheidplatz memorial on Saturday to commemorate fellow firefighters and other victims killed in the September 11 terrorist attacks in New York City. Omer Messinger / Getty Images .

Members of the Berlin City Fire Department attend a ceremony near the Breitscheidplatz memorial on Saturday to commemorate fellow firefighters and other victims killed in the September 11 terrorist attacks in New York City.

As the United States celebrates the 20th anniversary of the life-changing September 11 attacks in America, leaders of America’s allies also honor the lives lost in the attacks, offering sympathy and remembering the legacy left behind. .

In a message to President Biden and the United States, Queen Elizabeth II said she remembers the “terrible attacks” in both New York and Washington, DC 20 years ago, and paid tribute to those who have died.

“My thoughts and prayers, along with those of my family and the entire nation, are with the victims, survivors and affected families, as well as first responders and rescue workers called to work,” she said in his official statement.

Soldiers arrive in London on Saturday for the changing of the guard at Windsor Castle. People across the UK are paying homage to the victims of the September 11 terrorist attacks in the United States. Pool / Getty Images .

The Queen also reflected on her visit to the World Trade Center site in 2010, saying it is a memory forever “remembered in [her] Memory.”

“It reminds me that as we honor those of many nations, faiths and origins who have lost their lives, we also pay tribute to the resilience and determination of the communities who have come together to rebuild,” she said.

British Prime Minister Boris Johnson released a video statement, saying terrorists have failed to separate nations and “shake up [their] belief in freedom and democracy.

“The fact that we come together today in sorrow, but also in faith and determination, demonstrates the failure of terrorism,” Johnson said.

Acting Ambassador to the UK Philip Reeker attended a special Changing of the Guard held at Windsor Castle, where the US national anthem was performed.

Reeker said the United States would be “forever grateful” for the “lasting friendship” between the two countries.

French President Emmanuel Macron also remembers the September 11 attacks, posting a video on Twitter with a caption that reads “We will never forget. We will always fight for freedom.”

German Foreign Minister Heiko Maas issued a statement on the morning of the anniversary, saying his country will never forget that fateful day.

“We mourn with those who lost friends and relatives that day and those who were seriously injured or traumatized,” Maas said.

“We believe in peace and the inclusiveness of all violence. I know I can’t get over it. This tragedy will never happen again, it shouldn’t happen,” Moon said.