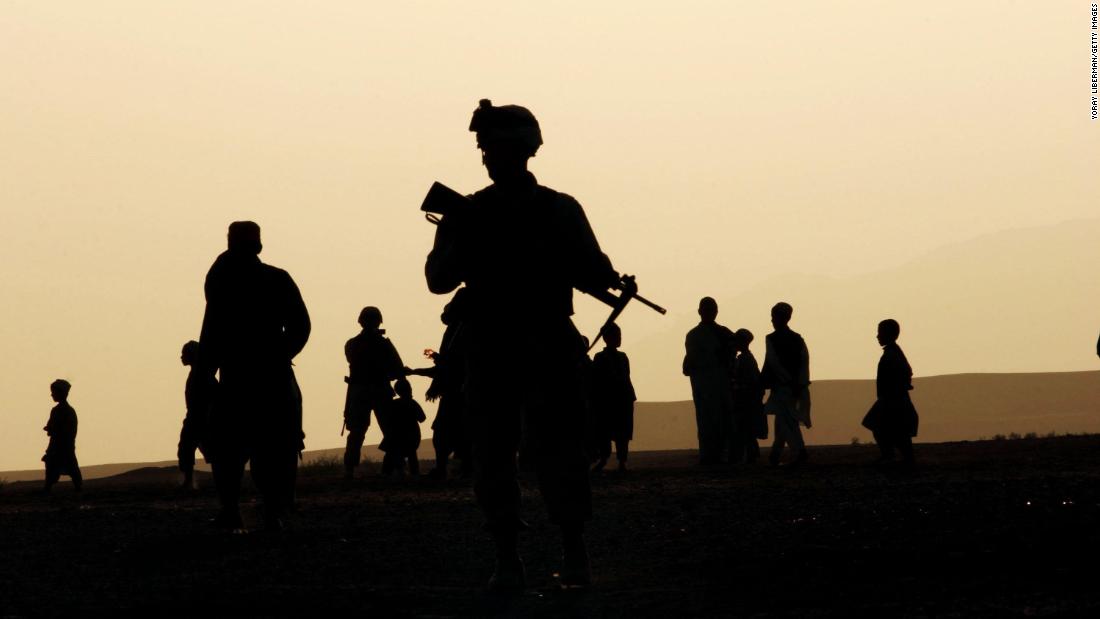 “The 20-year war in Afghanistan was not worth the cost – for the results we got,” said Karl Eikenberry, both commander in Afghanistan from 2005 to 2007 and ambassador to the country from 2009 to 2011, Jake Tapper told CNN in a two-hour documentary that aired Sunday.

In “America’s Longest War: What Went Wrong in Afghanistan,” Tapper conducts in-depth interviews with eight American commanders who have led the war effort for two decades and four administrations, and who speak with new frankness about the decisions made by their commanders. leader who they say undermined the war effort and could have prevented its success.

In interviews with former military leaders and others, Tapper examines the mission and the missteps, how political decisions undermine the military’s ability to succeed, whether the Pentagon has distorted the capabilities of the Afghan military to the public, and how after 20 years of sacrifice, the US withdrawal led to the return to power of the Taliban in August.

After nearly two decades and over $ 2 trillion in U.S. public funds, after the deaths of more than 6,000 Americans and 100,000 Afghans, the bipartisan debacle of the war in Afghanistan ended as it began. , leaving Americans – especially those directly involved in the conflict – struggling to figure out how it all fell apart.

They describe their resentment at how politicians have reduced Afghanistan’s resources to fuel the war in Iraq, their frustrations at wasted opportunities, and their regrets. They question long-celebrated strategies and – in a glimpse of the painful national calculation over Afghanistan that is only just beginning – question whether the mission was worth it.

“My first impulse is to say, yes it was worth it, but I’m not sure anymore,” said retired four-star General McNeill, who led coalition forces in Afghanistan from 2002 to 2003 then the US troops from 2007 to 2008., says. “Before I go to my grave, I hope I have an answer to this question.”

Eikenberry observes: “There really was no clear political end state. This leads to deep questions. Was it worth it? What was it ?

He adds, however, “We shouldn’t confuse the result with saying we did it at an appropriate level of investment.” He would have liked to see “less young men and women who have lost their lives, families in pain, injured, no doubt about it. But in the end, I’m not ready to say it wasn’t worth it. worth it. “

The documentary also features war veterans – the small percentage of Americans who took the risks and sacrifices to complete the mission in Afghanistan – who share their anger at being trained for combat but then demanded nation building. , about the disconnect between Washington’s political messages and the realities on the ground, and most cruelly, about the loss of so many comrades in arms, both on the battlefield and by suicide.

Diplomats and journalists who have closely followed developments in the war point to widespread corruption in Afghanistan and the Trump administration’s actions that have empowered the Taliban. They also point the finger at politicians who “just couldn’t bring themselves to tell the truth” and give the American people a clear picture of what was really going on halfway around the world.

“We did not understand”

The mistakes started even before the United States entered Afghanistan, commanders say.

“We didn’t understand the problem,” says McChrystal, who led the international forces from 2009 to 2010. “The complexities of the environment, I think, were not appreciated. probably worked in the longer term.

McChrystal argues that in hindsight, immediately after the attacks of September 11, 2001, which sparked the invasion of Afghanistan, the United States should have held back its fire – “no bombing, no strikes” – although ‘he admits that would have been almost impossible. Instead, he reportedly spent a year building a coalition to counter al Qaeda and training Americans in Arabic, Pashtun, Urdu, and Dari languages ​​”to prepare us to do something that we knew would be very, very difficult “.

McChrystal points out that no one was thinking long term either. “I don’t think we’ve sat around a table, ever, and talked about where it’s going to be in 20 years.”

Perhaps this is because very quickly President George W. Bush and his administration turned their attention to yet another elective war in oil-rich Iraq – so intensely that in October 2002, Bush didn’t even know who was. his commander in Afghanistan. .

The commanders suggest that the move to Iraq redirected personnel and equipment away from Afghanistan, which could have saved lives and potentially changed the outcome of the war.

“Personally, I felt resentment towards the Iraq war,” said Barno, the US commander-in-chief in Afghanistan for 19 months from 2003 to 2005, said.

As many military helicopters were dispatched to the Iraqi front lines, combat outposts in eastern Afghanistan were placed deep in the valleys to facilitate resupply. It also left the troops vulnerable – surrounded by armed militants in the mountains above them.

McNeill, the commander Bush did not know in 2002, recalls meeting the president at the White House in 2007, during his second tour as commander in Afghanistan. “Tell me exactly what you need,” McNeill recalls, telling Bush, before adding a caveat: “You’re not going to get it, because I have to take care of this matter in here. Iraq ”.

McKiernan recalls that in the summer of 2009, troops in Afghanistan were faced with a terrible problem of improvised explosive devices. They had three “demining companies” to clear the roads. Iraq, which faced far fewer problems with IEDs and mines at the time, had some 90 demining companies. That did not change for eight years, until President Barack Obama ordered a troop increase.

“What happens during these eight years? McKiernan asks. “You have a Taliban, who usually has refuge in the border provinces and federally administered tribal areas in Pakistan. They are reborn. And eight years old, we don’t grow up fast enough and well enough [the] capacities of the government in Afghanistan and the military. And there you are.”

“We could not give a soul to this Afghan army”

Commanders agree on Iraq. There is less consensus in other areas, differences that indicate difficulties ahead in the national conversation about what went wrong.

Petraeus argues that counterinsurgency – a strategy he’s co-authored a book on – has worked. “It actually worked during the time we had the resources to do it,” he says. McKiernan disagrees. “I think in rural Afghanistan, which is most of Afghanistan, it didn’t work,” he says.

McChrystal suggested a massive troop increase that Obama approved. Then-vice president Joe Biden opposed the move. Eikenberry also did so privately, concluding that this would not solve the problems in Afghanistan. He set out his thinking in a classified cable to then Secretary of State Hillary Clinton, beginning with his belief that President Hamid Karzai was “not a suitable strategic partner.”

“We could provide some advice,” says Eikenberry. “We could provide training support. But we couldn’t give this Afghan army a soul. Only the political leaders and the Afghan people could do it. And it was a failure. The Afghan government has remained extraordinarily corrupt. “

Former Afghanistan Ambassador to the United States Roya Rahmani echoes accusations of political corruption and the military’s lack of leadership. She also criticizes the Trump administration’s measures that have bolstered the Taliban – and raises the prospect of a secret deal between Trump and the militant group that could have accelerated the collapse of the Afghan military.

All of the former commanders go over the mistakes they believe the United States made in Afghanistan. All are looking back at the toll of American blood and treasures.

McChrystal “saw good people with good intentions working hard, but I don’t think we did very well. We made a lot of mistakes that we made in previous efforts, like Vietnam and others. . did better. ”

McKiernan wonders aloud if there were better ways to fight back for 9/11. He concludes that there are “probably a lot of things we could have done differently”.

McNeill is introspective. “I do a soul-searching to determine – is it fair to say that I have done my part of the task? ” he asks. “Did I somehow fail? What is the duty to those who have come home, not wearing their shields, but on their shields? “

When asked what he would say to Gold Star families or veterans wondering if Afghanistan’s sacrifices were worth it, McNeill speaks of his pride in everyone who has come together to fight there – down or in Iraq before continuing.

Tapper asks why he blames himself.

“The commander is responsible for what his unit does or does not do,” McNeill replies. “If it’s a failure, then carry my share.”