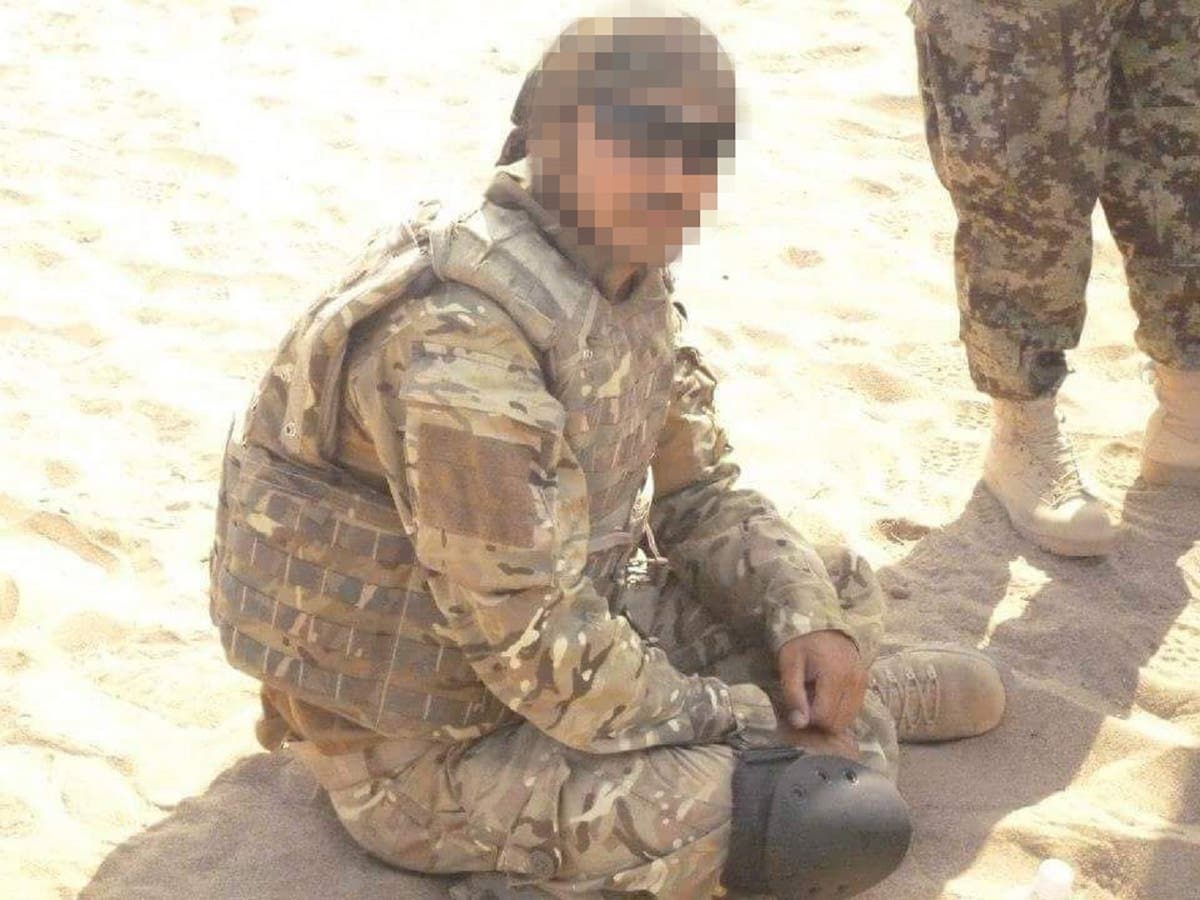 His father was killed by the Taliban three years ago, and he has not seen his family in person since December 2019 due to life threatening and the coronavirus pandemic.

A British citizen in his early 30s, he arrived in the UK in 2015 and currently lives and works in Newport Wales.

The Taliban cut off my left ear and sent a video to my mom and dad.

After serving in US Special Forces in Kandahar Province in 2009, he joined the British Army in 2011 as a patrol interpreter and cultural adviser.

Mohammad said the Taliban captured him in 2014, held him for more than six weeks and threatened to beat and kill him.

(They thought I had a lot of information I told them). I’m just an interpreter, not a significant person. He told the PA news agency.

The Taliban cut off my left ear and sent a video to my mom and dad.

My mother was shocked and was hospitalized for several days with blood all over my face.

Mohammad’s father, who was also a British interpreter, was also asked to pay large sums of money from the Taliban to prevent the murder of his son, whom the family could not afford.

He was later released and managed to escape the country, eventually arriving in England, where he now holds citizenship.

Mohammad was once held captive by the Taliban, who regained control of Afghanistan in August (Khwaja Tawfiq Sediqi/AP).

Mohamad applied for partner visas for her husband and interpreter wife through the UK Afghanistan Local Employed Employee Waiver, but had to flee before they got married.

Dad told me: Don’t wait. We don’t have enough time for a wedding,’ he added.

Just leave the country. Next time you come, we’ll take care of it.’

Mohammad later married his wife and tried to help her come to England for the past seven years, but her visa application was rejected.

In mid-August, her visa was finally granted, but she was no longer allowed to leave the country due to the Taliban takeover.

I got an email from the Kabul Evacuation Team telling me that my wife has to come to the airport.

When my family arrived at the airport there was a huge crowd outside the Baron Hotel.

She waited 6 days outside the hotel, but unfortunately could not get into the airport.

Mohammad said his wife had lost consciousness twice in the heat and her feet were bleeding from standing in the midst of a large crowd.

He appealed to the British government to help start the relocation process as soon as possible, fearing the health of her and other family members.

My family thinks I’m wasting my time and I keep telling them: One day, the government is at work, he said.

Mohammad said he now feels hopeless and is contemplating whether to travel to Afghanistan on his own, despite the risks posed by his past.

Yesterday I thought I had to walk to Afghanistan on foot from another country,” he said.

“During Operation Fitting, we worked tirelessly to safely evacuate as many people as possible from Afghanistan and airlifted more than 15,000 people from Kabul, including thousands of Afghan Relocations and Assistance Policy (Arap) applicants and their families,” a Defense Ministry spokesperson said.

We will continue to do our best to support those who have supported us, and our commitment to former recipients is timeless and will last.

The Arap plan can still apply and we will continue to support those who qualify.

Top 5 National Universities of 2022, According to US News