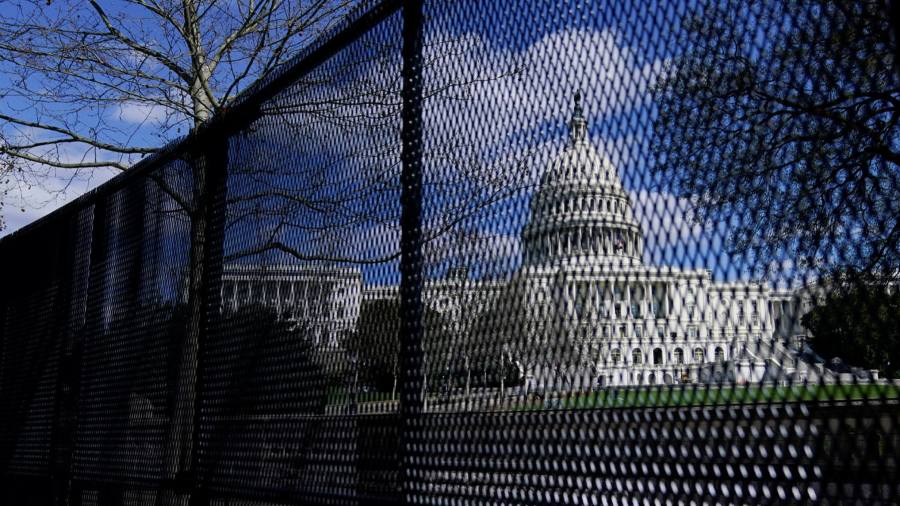 U.S. lawmakers have just weeks to come to an agreement to lift the limit on federal borrowing or risk financial calamity if the government can no longer meet its obligations.

After a two-year suspension, the debt ceiling is back at the center of a high-stakes political battle that will only intensify as the window for a deal begins to close.

Here’s a guide to what’s happening, why it’s important, and what it will take to avoid a US sovereign debt crisis.

What is the debt ceiling and why is it a problem again?

The debt ceiling sets a limit on the amount the Treasury Department can borrow to pay off government commitments already approved by Congress.

Once the cap is reached, US lawmakers must raise or suspend it to allow the agency to issue new debt and raise the cash needed to cover its bills – something they have done nearly 100 times since. the end of World War II.

It was last suspended in 2019 under the Trump administration and was reinstated on August 1 to around $ 28.5 billion, which includes all debt accumulated since the previous suspension.

Once a routine matter, adjusting the debt limit is now often used as a political tool by Republicans to gain concessions on federal spending. The deadlocks, which in the past have brought the United States dangerously close to default, have always resulted in resolution.

But tensions rise again on Capitol Hill as the debt ceiling deadline clashes with Joe Biden’s efforts to push his multibillion-dollar economic agenda through Congress, rekindling fears lawmakers will push again negotiations on the brink.

How much time is left in Congress?

Janet Yellen, US Secretary of the Treasury, warned last week that the Treasury could run out of liquidity next month. The Bipartisan Policy Center, meanwhile, leaned from mid-October to mid-November, largely dependent on the highly uncertain trajectory of federal spending and revenues due to the pandemic.

Shai Akabas, director of economic policy at the Washington think tank, said the Treasury had already used most of the “extraordinary measures” or accounting tricks it had to buy time. These include suspending investments in certain federal pension and health funds. The Treasury also has around $ 400 billion in cash.

Once these resources are exhausted, he will no longer be able to meet his obligations such as health insurance contributions and veterans benefits. Interest payments on US government debt held by investors could also be halted.

What’s at stake if the debt ceiling isn’t adjusted?

It’s hard to overstate the economic, financial and political consequences of a US default. Yellen warned of an immediate blow to business and consumer confidence, higher borrowing costs that could precipitate a global crisis and another blow to the country’s credit rating, which was lowered in 2011 in a previous clash against the debt ceiling.

“A US default on its sovereign debt would really make people think twice about the existing global economic order,” said James Lucier, managing director of Capital Alpha Partners in Washington. “The United States is not Argentina. . . It is not a question of the ability to pay, it is the willingness to pay.

The stakes are so high that Libby Cantrill, head of public policy at Pimco, said no political faction would dare risk default.

“The downside is so great that conventional wisdom [suggests] that Congress will not impose this self-inflicted injury on the US economy, especially in the midst of a pandemic. ”

How are the financial markets reacting?

Wall Street has so far been unfazed by the impending deadline.

“It looks like the movie we’ve all seen before and it’s getting pretty old,” said Bret Barker, portfolio manager at TCW. “It’s something that we see every two years and people understand that it’s about a showmanship and a political posture.”

Treasury bills that mature in late October and early November offer only tiny concessions, signaling a very minor shift on the part of fund managers to protect against the possibility of a missed payment by the government.

In 2011 and 2013, the reaction was much more dramatic. Federal Reserve economists wrote in a 2017 article that yields on all Treasuries rose 0.04 to 0.08 percentage points before the two debt ceiling deadlocks, before falling during the the resolution.

However, they noted that in 2013, fund managers had “learned of the impasse of the 2011 debt limit and its eventual resolution at the eleventh hour.” That year, the biggest action was seen in the short-term bond market, a dynamic that may repeat itself as maturity approaches.

Wall Street is also distracted by other issues, including decelerating economic growth and potential policy changes by the US central bank.

“That’s another thing to worry about,” said Ashish Shah, co-director of fixed income investments at Goldman Sachs Asset Management. But he added that “the markets will look beyond that”.

“It is a time of such great uncertainty and of such strong liquidity support anyway that the market is not supposed to place too much weight on this risk.”

How could this be resolved?

Negotiations in Washington have stalled and, on the contrary, the gulf has widened.

Republicans led by Mitch McConnell, the party’s leader in the Senate, say their lawmakers have no plans to raise the debt ceiling because that would be like approving Biden’s spending plans. Republicans say Democrats should just add an increase in the debt ceiling to their massive social safety net investment program, worth up to $ 3.5 billion, which will only pass with the democratic votes.

But Nancy Pelosi, the Democratic Speaker of the House, insists there should be bipartisan support for raising the debt ceiling, as it reflects the trillions of debt accumulated thanks to measures approved by Republicans in the United States. over the years.

Democrats are pushing Republicans to consider approving an increase in the debt limit in other must-see pieces of legislation, including a possible bill on disaster relief and aid to Afghan refugees, and a “continuing resolution” to continue funding the government after October 1.

If no deal is reached on government funding, the United States could face a shutdown of federal operations alongside a debt ceiling crisis, exacerbating the damage and disruption to the economy and steps.