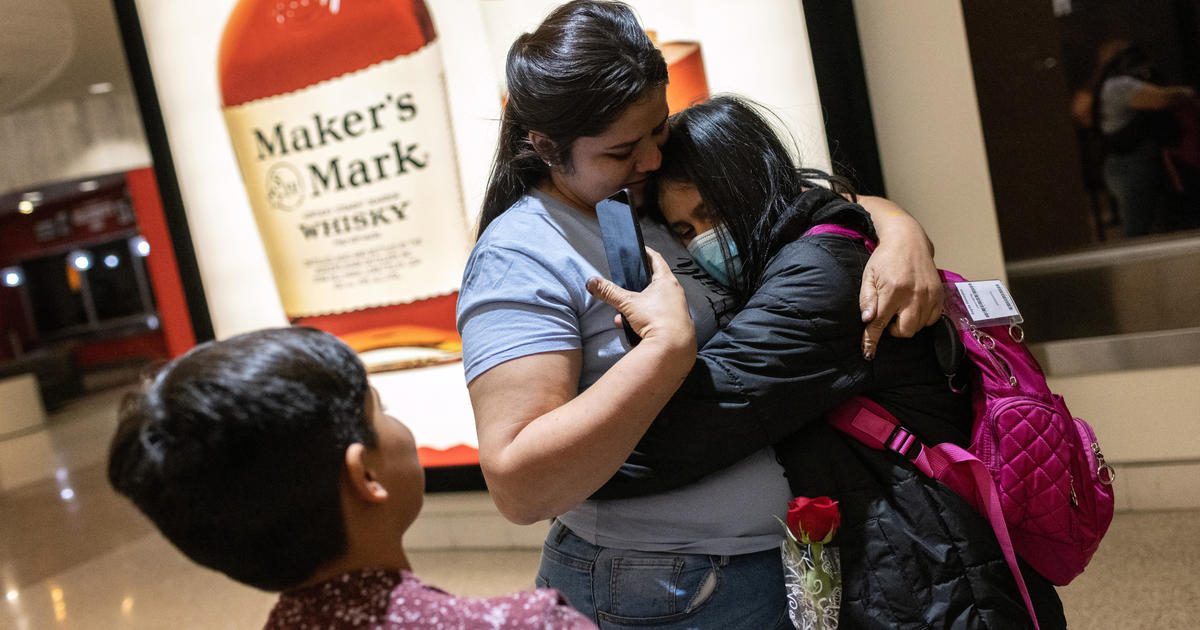 The US government will begin accepting new demands this week for an Obama-era immigration policy that allows some US-based parents to legally bring their children from Guatemala, Honduras and El Salvador to the country. country, the Biden administration announced on Monday.

The acceptance of new petitions, which is due to begin on Tuesday, will mark the final step in the Biden administration’s relaunch of the Central American Minors’ Initiative (CAM), which US officials have described as a safe and legal alternative. the often dangerous trek that migrant children undertake. to reach the southern border.

“We are firmly committed to welcoming people to the United States with humanity and respect, and reuniting families,” the Departments of State and Homeland Security said in a joint statement. “We are keeping our promise to promote safe, orderly and humane migration from Central America through this expansion of legal avenues to seek humanitarian protection in the United States.”

During the first stage of the revival of this program, which was terminated by the Trump administration in 2017, the United States identified more than 3,000 outstanding cases that had been closed due to the termination, said Monday officials of the administration. More than 1,400 cases have been reopened, but none of the children have arrived in the United States so far, officials added.

“We are also approaching a movement on this point,” said an administration official, referring to the American arrivals.

“Tens of thousands” of parents residing in the United States could benefit from the full reinstatement of the program, administration officials noted.

Immigrant Honduran Nani, 10, is greeted by her extended family upon the arrival of her flight on April 23, 2021 to Louisville, Kentucky. The unaccompanied minor had been released that day from US custody after spending nearly eight weeks in Indiana shelters. Getty Images

In June, the Biden administration expanded eligibility for the CAM program, allowing parents to apply for their children if they have pending asylum or U visa applications, which are reserved for victims of serious crimes. . Green card holders, Temporary Protected Status (TPS) beneficiaries, and others with temporary legal status in the United States can also apply.

U.S.-based refugee resettlement agencies and their local affiliates – which are currently preparing to resettle tens of thousands of Afghan evacuees – received training in August to help parents apply for the CAM program, said the ‘Biden administration.

The adjudication process is expected to take between 12 and 14 months, administration officials said.

Created in 2014 after a sharp increase in the number of unaccompanied children entering US border detention, the CAM policy was designed to help minors fleeing violence in Central America who have families in the United States.

After their US-based parents submit applications on their behalf, children are interviewed in their home countries to determine if they are eligible for refugee resettlement due to the persecution they may have. undergo. If they are denied refugee status, children can still be granted humanitarian parole, which allows them to legally enter the United States.

Unlike refugee status, parole does not put immigrants on the path to permanent status in the United States. Before the Trump administration dismantled the CAM, 2,600 applicants were resettled as refugees, while 2,200 others were granted parole to enter the United States, according to government figures.

In July, the last month for which statistics are available, US authorities along the southern border placed more than 18,900 unaccompanied children in detention, a record. About 83% of those children were from Guatemala, Honduras and El Salvador, according to government data.