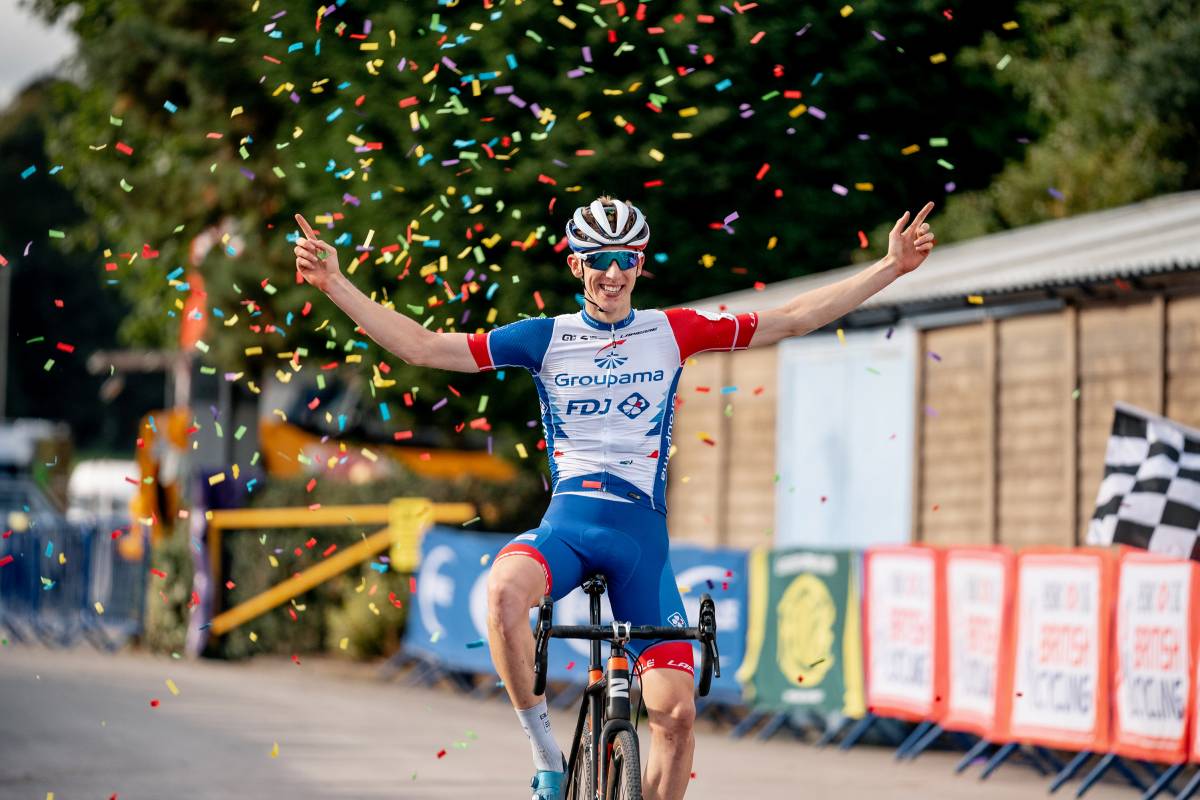 Lewis Askey and Amira Mellor won an overwhelming solo victory in the elite race in the first round of HSBC UK. | Derby National Trophy Series.

Derby’s Moorway Stadium hosted returning contenders and enthusiastic spectators over the weekend, featuring some of the best cyclocross racing the country has to offer.

After a strong season she claimed top 10 results on HSBC UK | Route Series and HSBC UK | Amira Mellor, the National Cross-Country Series race, won the title with a solo ride on the Spectra Wiggle p/b Vitus.

Before halfway through, Mellor moved away from Flynn and set off alone with a small lead. Meanwhile, the chase was shattered. Manley was far away and Baker and Cree were 10 seconds behind to maintain third place, while Strathdee was eliminated from the top five.

While the pursuers traded blows, Mellor took the victory with plenty of time to sit alone and enjoy the moment. Flynn took the U23 crown in 12 seconds and Manly finished third.

The crash damaged the opening lap, piled up and the main field entered the first corner and slowed down along a tree line in the middle of the course. One underdog was Toby Barnes (Schamel p/b Kloster Kitchen), who finished fifth on the day.

Field, van den Broeck and McGuire chased hard, but could not come close to the fierce speed Askey had set. He took the overwhelming lead on the last lap for a win Askey deserved. Arno van den Broeck distanced Field from the final lap to finish second and Field finished third six seconds ahead of McGuire.

Ella Maclean-Howell won the junior women’s race in over 40 seconds with a decisive victory over Tofauti Everyone Active. She had a 15 second gap by the end of lap 1 and the win was unquestioned. Maclean-Howell had the fastest time on all but one of the six laps.

Akers started out the strongest, but slipped back as the race progressed and Askey jumped him into second place.

Laborde persistently pushed the chase alone by Askey. The gap wasn’t big enough to relax, and a nail-biting finish managed to hold his lead until the end, throwing Askey in stone while Akers went down another 22 seconds to return home.

Sebastian Grindley (Garden Shed UK-SCOTT) took the lead from the first lap, beating Alfie Amey (DB Racing) and Peter Carpenter (Sutton Cycling Club) for a solo win. 2nd and 3rd places were decided by the narrowest margins, with Amey overtaking Carpenter by half a second.

Cat Ferguson (Hope Factory Racing) is back from behind with a stunning victory in the U16 Women’s Race. After one lap, she reversed a 10 second deficit and beat Alice Colling (Shibden Cycling Club) and Aine Doherty (VC Glendale) by nearly 20 seconds.

Women under the age of 23