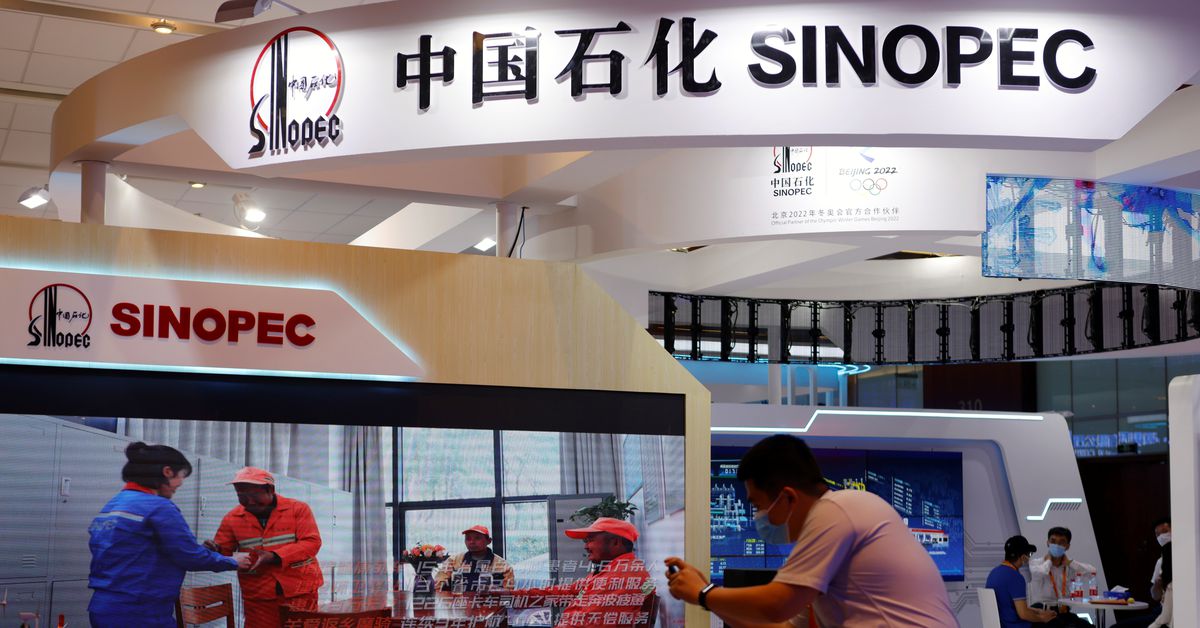 A man takes photos of models on display at Sinopec’s booth during the 2021 China International Trade in Services Fair (CIFTIS) in Beijing, China on September 4, 2021. REUTERS / Florence Lo

According to documents posted on the US Department of Energy’s website, the deals with Chinese state-owned oil giant Sinopec include two 20-year deals totaling 4 million tonnes of LNG per year.

These agreements bring Venture Global’s Plaquemines, Louisiana plant closer to an export capacity of up to 20 million tonnes per year (mtpa), one step closer to a final investment decision that is expected from here the end of this year.

For China – which overtook Japan as the world’s largest LNG buyer this year – the deals will be its largest non-equity LNG trade deal in terms of volumes, a leading gas industry source said. in Beijing.

They will also double the volumes imported by China from the United States, its sixth supplier last year with volumes of 3.1 million tonnes.

The two 20-year agreements are sale and purchase agreements, according to the notice, which did not say when supplies would begin, but added that they were signed last month.

One concerns 2.8 mtpa of LNG sold on a free on board (FOB) basis and the other for 1.2 mtpa sold on a delivered on site unloaded (DPU) basis.

Venture Global also signed a third agreement with Unipec, the commercial arm of Sinopec, to supply 1 mtpa of LNG from its Calcasieu Pass facility for three years from March 1, 2023, according to a separate document posted on the website from the US government.

A second Beijing-based industry executive said the deals would likely be announced at the Annual China Import Expo in Shanghai next month.

Reuters reported last week that large Chinese companies were in advanced talks with U.S. exporters to secure long-term LNG supplies, as soaring gas prices and domestic electricity shortages compound concerns about the safety of the U.S. fuel of the country. Read more

In addition, the prices linked to the US Henry Hub futures contracts provide hedge for Chinese buyers who are heavily exposed to benchmark Brent-based oil prices.

Venture Global’s deals with Sinopec follow an earlier announcement by Chinese private company ENN Natural Gas Co (600803.SS) for a 13-year deal with US LNG exporter Cheniere Energy (LNG.A), which was the first major agreement between the United States and China since 2018. Read more

Venture Global is building or developing more than 50 mtpa of LNG production capacity in Louisiana, including two 10 mtpa phases at Plaquemines, the first phase to enter commercial service in 2024.

In a letter dated October 1, the company said it had increased annual volumes of Polish PGNiG as part of a long-term deal to around 4 tonnes mpta from around 2.5 mtpa from the Plaquemines plant. .

Its 10 mtpa facility at Calcasieu Pass, which is expected to cost around $ 4.5 billion and start producing LNG in test mode at the end of 2021, has 20-year LNG sale and purchase agreements with Shell, BP , Edison SpA, Galp, Repsol and PGNiG.