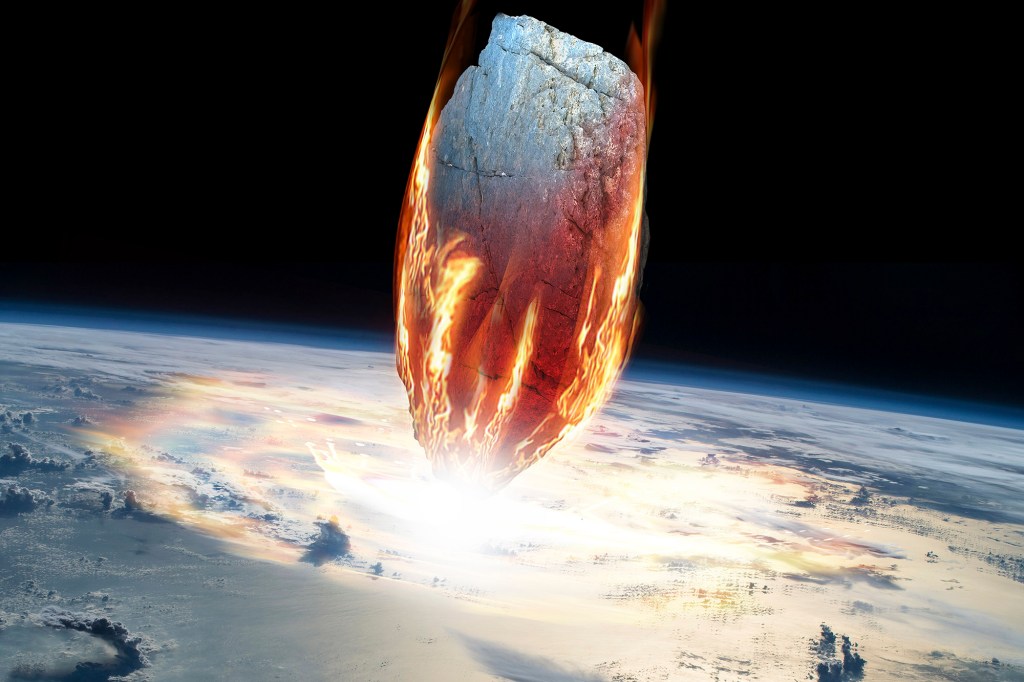 Experts are sounding the alarm bells about the threat of asteroids to life on Earth – and warning the United States does not have a clear plan to prevent the disaster.

Although NASA says the odds are literally one in a millennium, no US agency is explicitly responsible if space rocks are heading our way.

“No one is in charge of mitigation,” former Air Force space strategist Peter Garretson, a planetary defense expert, told Politico. but so far four subsequent administrations have rejected their request.

There are three million asteroids and we have no idea where they are and they are flying around us, Danica Remy, president of the B612 Foundation told the website. Remy, whose foundation works on a database to monitor objections near Earth, said current research had “barely made a dent” in the mapping of what exists.

The problem has resurfaced as NASA plans the first-ever mission to test whether it can adjust the trajectory of a potentially devastating asteroid. The agency plans to launch a rocket traveling at 16,000 miles per hour into the Dimorphos astroid.

The double asteroid redirection test is scheduled for after November 24. NASA stressed that the asteroid system poses no threat to Earth and is used only as a testing ground.

No US agency is explicitly responsible if space rocks are heading our way.MORGAN SETTE / AFP via Getty Images

“The target asteroid of the DARTs is NOT a threat to Earth. This asteroid system is a perfect testing ground to see if the intentional crash of a spacecraft on an asteroid is an effective way to change its trajectory, if an asteroid threatening the Earth is discovered in the future, ”read a press release announcing the test.

Chris Mattman, director of technology and innovation at NASA’s Jet Propulsion Lab, told The Post that the agency has often partnered with Space Force and Air Force on strategies for mitigation and said any imminent impact scenario would likely involve a “whole government” response.

He added that space issues were likely to become a priority for Americans as private industry took hold in the region. Billionaire tech entrepreneurs like Jeff Bezos and Sir. Richard Brandon both flew into space this year on their own privately funded ships with more civilian flights planned.

Experts warn that the United States does not have a clear plan to prevent disaster if an asteroid were to strike.Universal History Archive / Universal Images Group via Getty Images

“With commercial space[flight] … Taking center stage over the next decade for the traditional long-duration flagship mission, space is going to become very congested and space traffic management is a big problem, ”said Mattman.

America’s disarray over the issue also has national security implications, with China increasing its investment in planetary defense. In November, Chinese scientists published a paper calling for an assembled kinetic impactor to address the risk of potentially overtaking the United States on the issue.

Some Chinese hawks, however, have said defending the planet is moot and that China should be free to side with the issue if it chooses.

“I don’t see a threat greater than the threats they already represent,” Jim Hanson, chairman of the Security Studies Group, told the Post. We all have nuclear weapons. What else do you need?