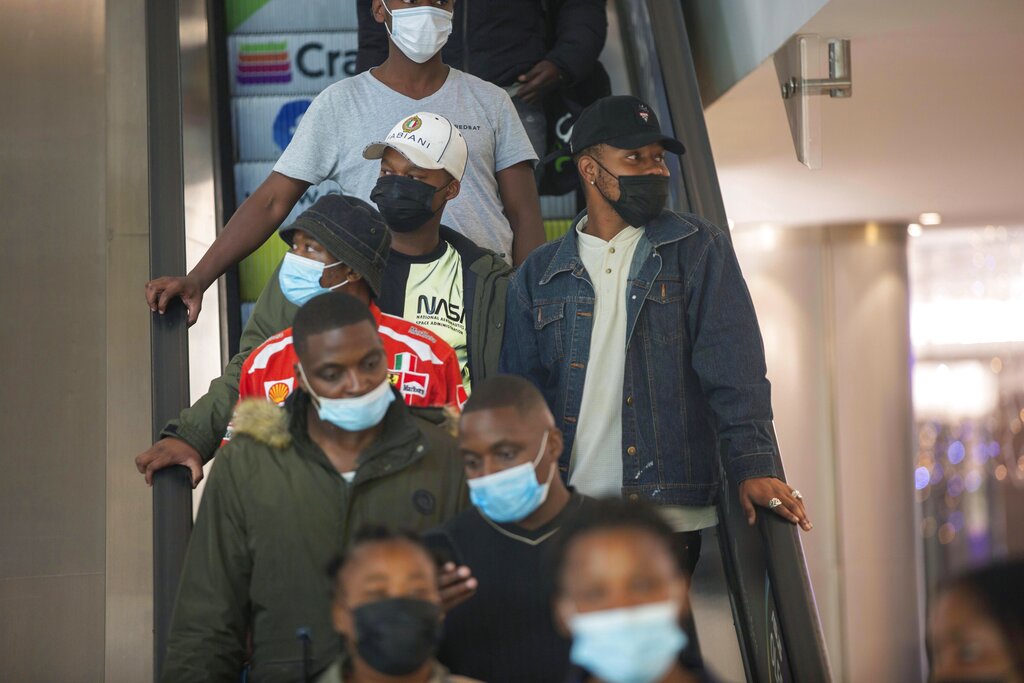 (NewsNation Now) Almost two years after the start of the COVID-19 pandemic, the world ran on Friday to contain a new variant of the coronavirus potentially more dangerous than the one that has fueled relentless waves of infection on almost every continent .

A World Health Organization panel named the omicron variant and classified it as a highly transmissible virus of concern, the same category that includes the predominant delta variant, which remains a plague leading to an increase in cases of disease and deaths in Europe and parts of the United States. .

It seems to be spreading quickly, US President Joe Biden said of the new variant, just a day after celebrating the resumption of Thanksgiving gatherings for millions of American families and the feeling that normal life was returning at least for them. vaccinated. By announcing new travel restrictions, he told reporters, Ive decided he was going to be careful.

The real risks of Omicron are not understood. But early evidence suggests that it carries an increased risk of re-infection compared to other highly transmissible variants, the WHO said. This means that people who have contracted COVID-19 and have recovered could be prone to catch it again. It could take weeks to find out if current vaccines are less effective against her.

“This variant is different from a lot of the variants we’ve seen earlier,” Dr. Timothy Quinn said on NewsNation’s “Rush Hour” Friday.

In response to the discovery of the variant in southern Africa, the United States, Canada, Russia and many other countries have joined the European Union in restricting travel by visitors to this region, where the variant has caused a new wave of infections.

The White House said the United States will restrict travel from South Africa and seven other countries in the region from Monday. Biden said that means no travel to or from the designated countries except for returning U.S. citizens and permanent residents who test negative.

Medical experts, including the WHO, have warned against overreacting before the variant is studied in depth. But a nervous world feared the worst after the stubborn virus sparked a pandemic that has killed more than 5 million people worldwide.

Five things to know about omicron, a worrying new variant

Omicron has now been observed in travelers in Belgium, Hong Kong and Israel, as well as southern Africa.

There was no immediate indication whether the variant causes more severe disease. As with other variants, some infected people show no symptoms, South African experts have said. The WHO panel used the Greek alphabet to name the omicron variant, as it did with earlier major variants of the virus.

While some of the genetic changes seem worrying, it was not clear how much of a threat they posed to public health. Some earlier variants, like the beta variant, were initially of concern to scientists but did not spread very far.

Fears of further economic turmoil induced by a pandemic have driven stocks in Asia, Europe and the United States down. The Dow Jones Industrial Average briefly fell more than 1,000 points. The S&P 500 Index closed down 2.3%, its worst day since February. The price of oil plunged about 13%.

The last thing we need is to introduce a new variant which will cause even more problems, said German Health Minister Jens Spahn. Members of the EU27 have recently seen a massive increase in the number of cases.

Britain, EU countries and some others introduced their travel restrictions on Friday, some hours after learning about the variant. When asked why the United States was waiting until Monday, Biden simply replied, “Because that was my medical team’s recommendation.

This could make passengers nervous about upcoming flights or planned trips. Travel expert Peter Greenberg told “NewsNation Prime” on Friday that the fine print in travel insurance often showed it was not helpful in this scenario. He said the best bet is to fly with an American carrier who waived their change fees.

“The problem with most travel insurance is that it still doesn’t cover the pandemic,” Greenberg said.

European Commission President Ursula von der Leyen said flights will have to be suspended until we have a clear understanding of the danger posed by this new variant, and travelers returning from this region should abide by rules of strict quarantine.

She warned that the mutations could lead to the emergence and spread of even more worrying variants of the virus that could spread around the world within months. “

Biden launches oil and gas leasing reform, shuts down ahead of ban

It is a suspicious variant, ”said Frank Vandenbroucke, Minister of Health in Belgium, who became the first country in the European Union to announce a case of a variant. We don’t know if this is a very dangerous variant.

Omicron has yet to be detected in the United States, said Dr.Anthony Fauci, the U.S. government’s foremost expert on infectious diseases. Although it may be more transmissible and resistant to vaccines than other variants, “we don’t know for sure at this time,” he told CNN.

Speaking to reporters outside a bookstore on Nantucket Island, where he spent the holiday weekend, Biden said the new variant was “a big concern that should explain more clearly than ever why this pandemic is not happening. will not end until we have global vaccinations. “

He again called on unvaccinated Americans to get their doses widely available and governments to forgo intellectual property protections for COVID-19 vaccines so they can be made faster around the world.

Israel, one of the most vaccinated countries in the world, announced on Friday that it had also detected its first case of the new variant in a traveler returning from Malawi. The traveler and two other suspected cases were placed in isolation. Israel said all three were vaccinated, but authorities were seeking to know the exact vaccination status of travelers.

After an overnight 10-hour journey, passengers on KLM flight 598 from Capetown, South Africa to Amsterdam were held up on the edge of the runway on Friday morning at Schiphol Airport for four hours while waiting for special tests. Passengers on a flight from Johannesburg have also been isolated and tested.

It’s ridiculous. If we hadn’t caught the dreaded virus before, we are catching it now, said passenger Francesca de Medici, a Rome-based art consultant who was on the flight.

Some experts have said the emergence of the variant illustrates how rich countries are hoarding vaccines that threaten to prolong the pandemic.

“When you have countries without vaccination rates, there is a higher chance that people will contract coronavirus, which creates more possibilities for mutant strains, which makes them like breeding grounds,” Quinn said on “Rush Hour”.

Less than 6% of people in Africa have been fully immune to COVID-19, and millions of health workers and vulnerable populations have yet to receive a single dose. These conditions can accelerate the spread of the virus, providing more possibilities for it to evolve into a dangerous variant.

Will flight restrictions help as a new variant of the virus emerges?

This is one of the consequences of inequity in vaccine deployment and the reason why the hoarding of surplus vaccines by richer countries will inevitably spill over to all of us at some point, said Michael Head, senior researcher in global health at the UK University of Southampton. He urged the leaders of the Group of 20 “to go beyond vague promises and keep their commitments to share the doses.

The new variant added to investor anxiety that months of progress containing COVID-19 could be reversed.

The African Centers for Disease Control and Prevention has discouraged any travel bans in countries that have reported the new variant. He said past experience shows that such travel bans have not yielded any significant result.

US restrictions will apply to visitors from South Africa, Botswana, Zimbabwe, Namibia, Lesotho, Eswatini, Mozambique and Malawi. The White House suggested the restrictions would reflect an earlier pandemic policy that barred the entry of any foreigners who had traveled in the previous two weeks to the designated areas.

The UK has banned flights from South Africa and five other southern African countries and announced that anyone who recently arrived from those countries would be asked to take a coronavirus test.

Canada has banned the entry of all foreigners who have visited southern Africa in the past two weeks.

The Japanese government has announced that Japanese nationals from Eswatini, Zimbabwe, Namibia, Botswana, South Africa and Lesotho will be required to quarantine themselves in dedicated government accommodation for 10 days and spend three COVID-19 testing during this time. Japan has not yet opened up to foreign nationals. Russia announced travel restrictions effective Sunday.