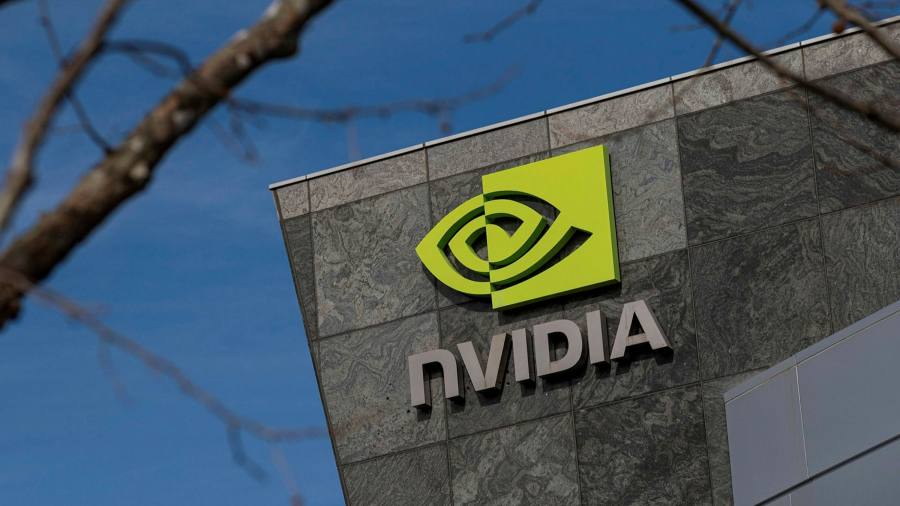 U.S. regulators have filed a lawsuit to block Nvidia’s multibillion-dollar acquisition of British chip design firm Arm from SoftBank, one of the most serious threats to date for a deal that has already aroused skepticism from European and British authorities.

The Federal Trade Commission said in a statement Thursday that the cash and stock transaction – which has a valuation of $ 82 billion and would be the largest takeover of a semiconductor group – would give one of the world’s largest chip groups control computer technology and designs. that competitors rely on to create their own chips.

The issues echo those flagged by UK regulators when they first voiced concerns about the deal this summer.

Nvidia will have both “the means and the incentives to stifle innovative next-generation technologies,” the FTC said, highlighting concerns about automated driving systems, network chips found in data centers and large-scale facilities. scale of cloud computing companies.

Holly Vedova, director of the FTC’s competition bureau, said the regulator was acting “to prevent a conglomerate of chips from choking off the innovation pipeline for next-generation technologies.”

The regulator set the value of the chip deal at $ 40 billion, although the surge in Nvidia’s share price in the 14 months since its announcement more than doubled the amount SoftBank would make from the. sale. Nvidia is expected to pay the Japanese company a $ 1.25 billion breakage fee if the deal fails.

Nvidia said in a statement that it “will continue to work to demonstrate that this transaction will benefit the industry and promote competition”, adding that it will invest in Arm’s research and development, maintain its open license model. and ensure that its intellectual property was “accessible to all”. interested licensees ”.

Arm’s designs for low-power chips are already dominating the smartphone world, and the technology is being adopted more widely, especially in data centers, which are at the center of Nvidia’s latest growth spurt.

The prospect of Arm’s intellectual property falling into Nvidia’s hands has sparked objections from some rivals, including Qualcomm. However, other chip companies such as Broadcom that are not directly competitive have been more supportive of the deal.

Nvidia revealed last month that the FTC had “expressed concerns” about the Arm transaction and was in talks with the agency about “remedies to address these concerns.”

The UK’s Competition and Markets Authority in August rejected a compromise proposal from Nvidia designed to address antitrust concerns. The proposal involved a guarantee that Nvidia would not prevent other companies from authorizing Arm’s technology or limit the number of products they would have access to, according to a person familiar with his position.

The CMA and the European Commission began full investigations into the deal, pushing the potential finalization of any merger beyond March, when Nvidia and SoftBank initially said they expected the deal to be finalized.

Over the past decade, nearly $ 700 billion in deals have been made in the chip manufacturing industry, of which about $ 250 billion have ultimately been frozen, according to data from Refinitiv.

The Nvidia-Arm deal is also the latest major antitrust move by the Biden administration, which is committed to restraining the power of big business by eliminating anti-competitive practices.

Among the deals disputed by US officials were a tie-up between publishers Penguin Random House and Simon & Schuster and a $ 30 billion deal between Aon and Willis Towers Watson that would have formed the world’s largest insurance broker.

#techFT brings you news, commentary and analysis on the big companies, technologies and issues shaping this fastest moving industry by specialists around the world. Click here to receive #techFT in your inbox.