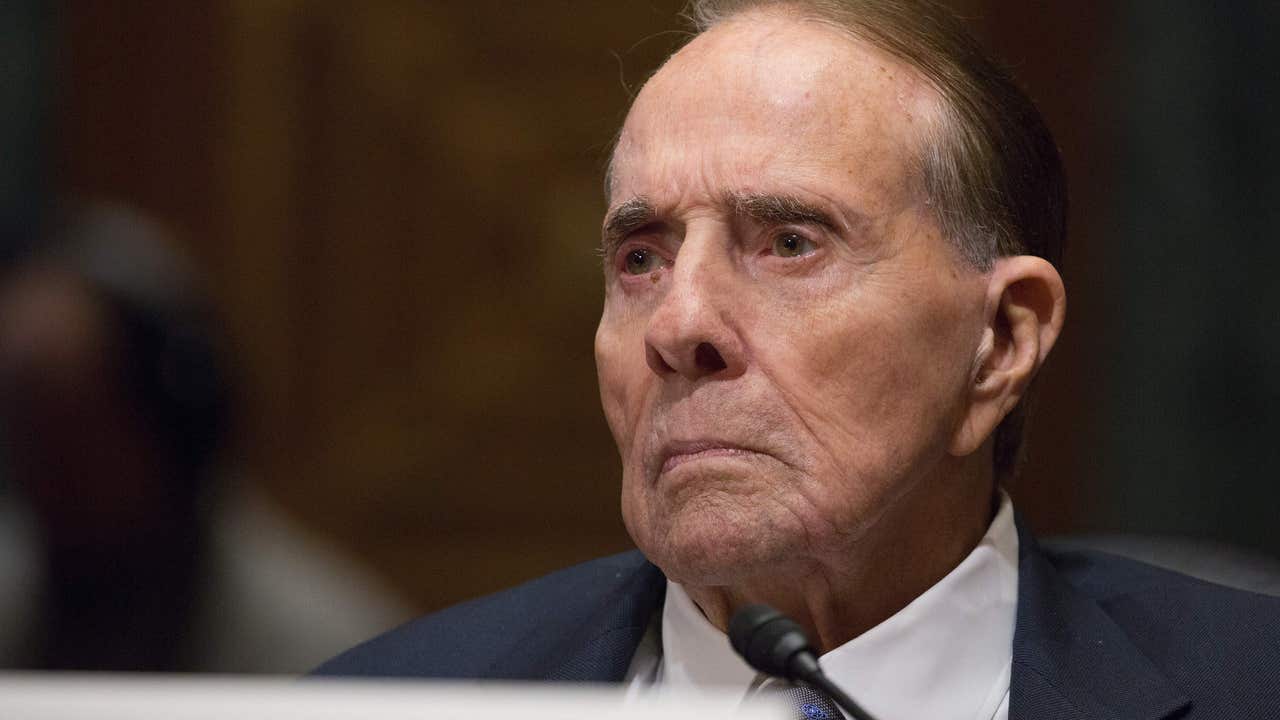 Bob Dole revealed in early 2021 that he was diagnosed with stage 4 lung cancer. The longtime former US senator from Kansas had a long political career and served in World War II.

Bob Dole, a Republican political icon from Kansas whose career spanned decades in the United States Senate and included a presidential race in 1996, died Sunday at the age of 98.

The Elizabeth Dole Foundation has confirmed her death after a battle with lung cancer. Dole revealed in February 2021 that he had been diagnosed with stage 4 lung cancer and was undergoing treatment.

“It is with a heavy heart that we announce that Senator Robert Joseph Dole passed away early this morning in his sleep,” the foundation wrote on Twitter. “At his death, at the age of 98, he had faithfully served the United States of America for 79 years.

Dole, a native of Russell, Kansas, represented the state in the United States Senate from 1969 to 1996, serving part of that time as Senate Majority Leader, where he set a record at the time as longest-serving Republican leader.

He has shaped tax policy, foreign policy, agriculture and nutrition programs, and the rights of people with disabilities, enshrining protections against discrimination in employment, education, and public services in the Americans with Disabilities Act. Today’s accessible government offices and national parks, ramps and sign language interpreters at official local events are just a few of the most visible features of its heritage and that of the other lawmakers he brought together for this sweeping civil rights legislation 30 years ago.

Earlier in his political career, Dole was a Republican member of the Kansas state legislature from 1951 to 1953. He also served as a Russell County attorney before being elected to the United States House of Representatives in 1960, where he served until 1969.

Born July 22, 1923, Dole belonged to a working class family. Her father, Doran, ran a stall that sold eggs and cream, Biography.com reported. Her mother, Bina, sold sewing machines and vacuum cleaners as a traveling saleswoman, the website reported. Dole had a brother, Kenny, and two sisters, Gloria and Norma Jean. During the Great Depression of the 1930s, Dole and his family moved into the basement of their home and rented their floor to oilfield workers.

Having had a religious education, he once said, “As a young man in a small town, my parents taught me to trust God, not government, and never confuse the two.

He left the University of Kansas to serve in the military during World War II. He became a second lieutenant and was seriously injured in a fight in Italy in 1945, according to the Encyclopedia Britannica. He was injured by German machine gun fire and suffered almost total paralysis, after which his recovery took almost four years. He was left without the use of his right arm and hand, according to the encyclopedia. Doctors who examined Dole believed he would be unlikely to survive, Biography.com reported, but he has recovered better than expected.

Due to his paralyzed right arm and hand, Dole often kept a pen in his right hand to make it less unusual during public appearances, according to Biography.com. For his military service, he received two Purple Hearts and two Bronze Star.

During his recovery, Dole met his first wife, Phyllis Holden, who was working as a nurse at a Michigan hospital, where he received treatment. The couple married in 1948 and were married for 23 years before divorcing in 1972. They then married Elizabeth Hanford in 1975, a former Republican senator from North Carolina who lost her seat in the 2008 election, and the couple remained married.

Dole landed the Republican presidential nomination in March 1996, after which he retired from the Senate in June to focus on his campaign against Clinton. Although he lost the election, Dole continued to be involved in politics, giving support and commenting on public issues, according to the Associated Press.

Dole’s service has earned him many accolades. In 1997, he received the Presidential Medal of Freedom for his public service. In 2018, he became the eighth senator to receive the Congressional Gold Medal. In 2019, he was promoted from captain to colonel for his service during WWII.

He served with Clinton in the aftermath of the terrorist attacks of September 11, 2001, as co-chair of a scholarship fund for the families of the victims. In 2005, he published the memoir One Soldier’s Story, which details his heart-wrenching experience on and off the battlefield.

Bob Dole, a Republican political icon from Kansas whose career spanned decades in the United States Senate and included a presidential race in 1996, died Sunday at the age of 98. FOX’s Andrew Craft’s LiveNOW joins Matt Lupoli to talk about his life and legacy.

Dole dedicated his final years to the cause of wounded veterans, their fallen comrades at Arlington National Cemetery and remembering the declining generation of WWII veterans.

Thousands of former soldiers flocked to the National Mall in 2004 for what Dole, speaking at the WWII Memorial opening, called “our last reunion.” He had been a driving force in its creation. “Our ranks have diminished,” he said at the time. “Yet if we come together at dusk, it is enlightened by the knowledge that we have kept the faith with our comrades.”

Dole revealed his cancer diagnosis amid the ongoing coronavirus pandemic and said in a short statement: “While I certainly have obstacles to overcome, I also know that I am joining millions of Americans who are facing to significant health problems. “

This story was reported from Detroit. The Associated Press contributed.

Omicron variant found in nearly a third of US states