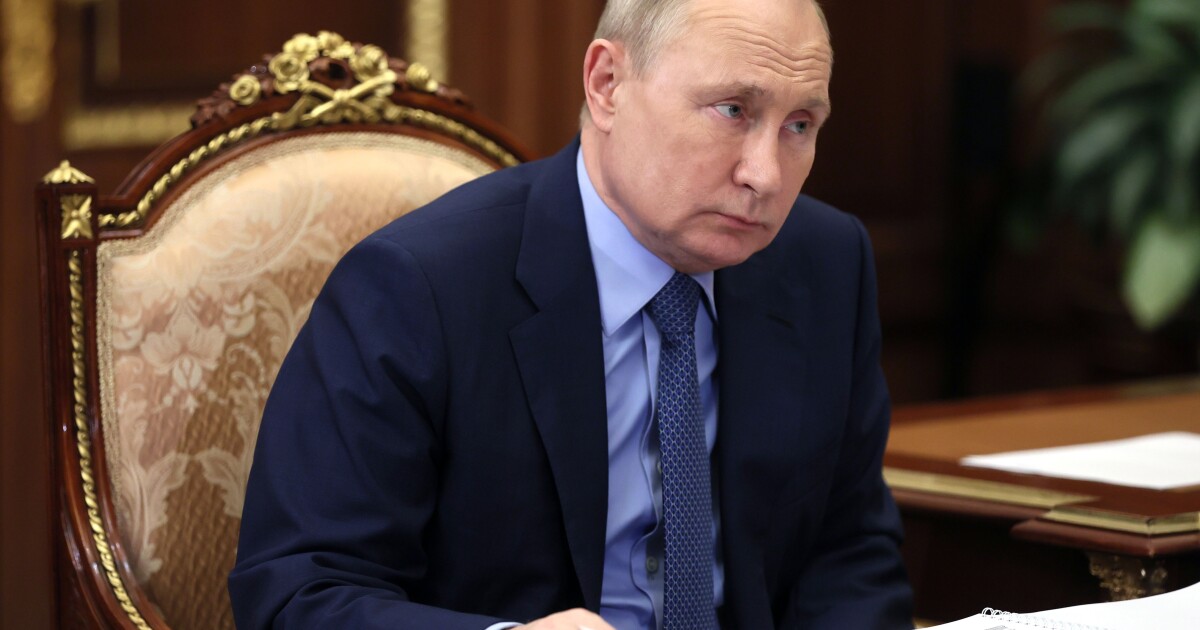 Returning to a familiar playbook, Russia is plotting a pretext to invade Ukraine, a false flag operation that would justify its actions despite a week of intense U.S.-Russian negotiations that apparently failed to steer Moscow away from Russia. a plan for regional aggression, US officials said. Friday.

The White House also said Moscow is using social media to mount a disinformation campaign that paints Ukraine, a former Soviet republic interested in joining Western alliances, as an aggressor who would attack Russia and must be tamed.

We are concerned that the Russian government is preparing for an invasion into Ukraine that could lead to widespread human rights abuses and war crimes if diplomacy fails to achieve its goals, the press secretary of the White House, Jen Psaki.

She said laying the pretext included sabotage activities in addition to disinformation campaigns.

On Friday, Ukraine reported cyberattacks on around 70 government and other websites, shutting them down temporarily. It was unclear who was responsible, but a senior aide to Ukrainian President Volodymyr Zelensky presented the incidents as part of efforts to destabilize the country.

Russia invaded Ukraine in 2014 and occupied its Crimean peninsula following a similar series of propaganda efforts. Moscow is also backing separatist rebels in eastern Ukraine fighting government forces, a simmering conflict that has claimed the lives of thousands of Ukrainians.

In recent months, Russia has mustered some 100,000 troops along its border with Ukraine and moved heavy weapons behind the troops. There have been reports of live fire exercises over the past week.

Citing new US intelligence reports, Psaki said Russia had already sent agents trained in urban warfare who could use explosives to carry out acts of sabotage against Russia’s proxy forces, blaming Ukraine for those acts. if Russian President Vladimir Putin decided he wanted to go ahead with an invasion. .

Pentagon spokesman John Kirby called the intelligence very credible. Intelligence findings suggest a military invasion could begin by mid-February, experts said, in part ahead of a deepening winter freezing the muddy plains between the two countries and makes it easier for Russia to move heavy equipment into Ukraine. .

The dire allegations about Moscow’s intentions, which came from across the administration, the State Department and the Pentagon as well as the White House, marked a shocking coda to what had been a week of diplomatic sessions. relatively civilian though inconclusive involving the United States, Russia, NATO and most of Europe.

Meetings of senior US diplomats with Russian officials in bilateral venues, as well as with other NATO and European allies, have made little obvious progress in easing tensions.

Putin is insisting Washington agrees that Ukraine will never be allowed to join the North Atlantic Treaty Organization, a non-starter for the United States and the alliance, which insists any nation that wants to part of NATO be allowed to apply.

The Russian president is also asking NATO to withdraw its growing presence in Eastern Europe. Putin’s overarching goal, analysts say, is to try to retain some control over events in the former Soviet Union, encompassing now independent countries such as Ukraine.

I think his goal is definitely to keep the United States and NATO out of what he sees as Russia’s sphere of influence, Liana Fix, a resident at the German Marshall Fund in Washington, said of Putin, a former KGB agent.

After taking part in meetings this week with Russian and European officials, a senior US diplomat said he thought war seemed more likely than ever.

Currently, are facing a European security crisis, US Ambassador to the Organization for Security and Cooperation in Europe, Michael Carpenter, said at a press conference. The drumbeat of war rang out loud and the rhetoric became rather strident.

Jake Sullivan, the Biden administration’s national security adviser, provided insight into growing concerns over Russia on Thursday, saying that while Putin’s ultimate plans may not yet be clear, Moscow was clearly laying the groundwork. for the invasion.

Putin has already calculated the risk of going as far as Ukraine, Fiona Hill, a leading Russia expert and former National Security Council official, said in a podcast for the Center for a New American Security. He wouldn’t threaten him if he wasn’t ready to do something and deliver.

Russia said during the talks this week that it had no intention of invading Ukraine. But he also remained adamant about his position and said he wanted the United States to respond in writing to a series of requests.

We have lost patience, Lavrov told a news conference. The West has been driven by hubris and has escalated tensions in violation of its obligations and common sense.

Moscow and Washington, as well as many European states, agreed that it was possible to discuss the issues of missile deployment and the transparency of military exercises, but little else, and not the central question of the sovereignty of Ukraine.

UK weather: when temperatures drop and it can snow in Gloucestershire

Alexa McDonough was ‘a public servant in the best sense’, says the NS prime minister