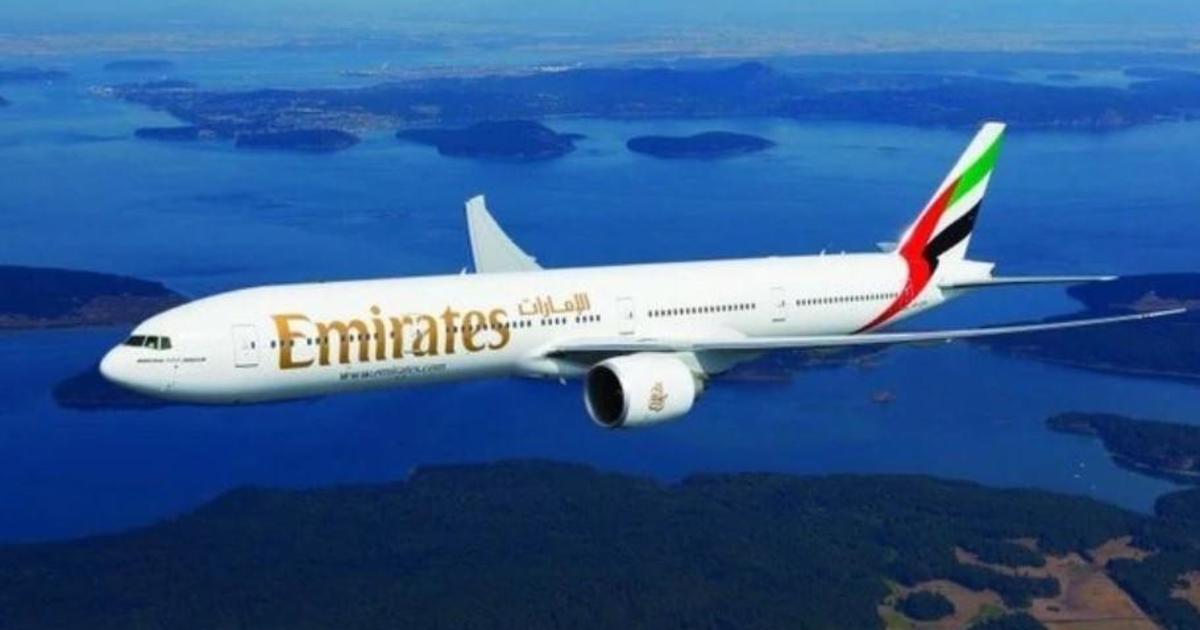 DUBAI, United Arab Emirates – Airlines around the world, including long-haul carrier Emirates, rushed to cancel or change flights to the United States on Wednesday due to an ongoing dispute over the deployment of 5G mobile phone technology near US airports.

The problem appears to have a particular impact on the Boeing 777, a long-range jumbo jet used by carriers around the world, particularly Emirates. Two Japanese airlines directly named the plane as particularly affected by 5G signals as they announced cancellations and changes to their schedules.

The cancellations come even after cellphone carriers AT&T and Verizon announced they would postpone new wireless service near select US airports scheduled for this week. The FAA has cleared a number of planes to fly at airports with 5G signals, but the Boeing 777 is missing from the list.

Dubai-based Emirates, a key carrier for East-West travel, announced it would halt flights to Boston, Chicago, Dallas-Fort Worth, Houston, Miami, Newark, New Jersey, Orlando, Florida, San Francisco and Seattle at the start of the problem. Wednesday. He said he would continue flights to Los Angeles, New York and Washington.

Emirates only flies the 777 and the jumbo jet Airbus A380. Its Middle East competitor, Qatar Airways, is planning “minor delays” on return flights from the United States, but says its dozen US routes are operating as planned.

In its announcement, Emirates cited the cancellation as necessary due to “operational concerns related to the planned rollout of 5G mobile network services in the United States at certain airports”.

“We are working closely with aircraft manufacturers and relevant authorities to mitigate operational issues, and we hope to resume our US services as soon as possible,” the state-owned airline said.

Some US carriers have also said they expect disruptions due to the new AT&T-Verizon network. Delta Air Lines said Tuesday night it could experience cancellations at nearly “dozens” of U.S. airports starting Wednesday due to the rollout of the 5G system.

“The carriers agreed on Tuesday to limit the scope of the planned 5G rollout on Wednesday and will delay implementation around select U.S. airports,” Delta said in a statement. “While this is a positive development to prevent widespread disruption to flight operations, some flight restrictions may remain.”

Airlines warn 5G to cause cancellations 02:10

The United Arab Emirates has successfully rolled out 5G coverage all around its airports without incident, like dozens of other countries. But in the United States, the Federal Aviation Administration is concerned that the C-Band strand of 5G could interfere with radio altimeters.

Altimeters measure an aircraft’s height in the sky, essential equipment for flying, especially at night or in bad weather.

The FAA will allow aircraft with accurate and reliable altimeters to operate around high-powered 5G. But planes with old altimeters will not be allowed to land in low visibility conditions.

Part of the problem, according to the FAA, is the signal strength of 5G towers.

“Base stations in rural areas of the United States are permitted to transmit at higher levels compared to other countries, which may affect the accuracy and reliability of radio altimeter equipment,” the FAA said in December.

The chair of the US Federal Communication Commission said in a statement that the deployment of 5G “can safely co-exist with aviation technologies in the United States, just as it does in other countries. of the world”. However, Jessica Rosenworcel added, “It is critical that the FAA now complete this process carefully and expeditiously.”

AT&T and Verizon spent tens of billions of dollars on C-band spectrum at an FCC auction last year.

The Japanese company All Nippon Airways Co. Ltd. said in a statement that the FAA “has indicated that radio waves from the 5G wireless service may interfere with aircraft altimeters.”

“Boeing has announced flight restrictions for all airlines operating the Boeing 777 aircraft, and we have canceled or modified the aircraft for certain flights to/from the United States based on Boeing’s announcement. “, said ANA. It canceled 20 flights to the United States because of the problem to cities including Chicago, Los Angeles and New York.

Japan Airlines Co.Ltd. also said she was made aware that 5G signals “could interfere with the radio altimeter installed on the Boeing 777”.

“We will refrain from operating this model on the continental United States route until we can confirm its safety and we regret to inform you that we will be canceling the flight for which the aircraft cannot be replaced. by the Boeing 787,” the airline said. Eight of its flights were affected on Wednesday – three passenger trips and five cargo.

Chicago-based Boeing Co. did not immediately respond to a request for comment.

Air India also announced on Twitter that it would cancel flights to Chicago, Newark, New York and San Francisco “due to the deployment of 5G communications equipment”. He said he would also try to use other planes on US routes.

Hong Kong’s Cathay Pacific said it was deploying different types of aircraft as needed at affected airports and its flights to the United States had so far been unaffected. Taiwan’s EVA Air also said it had taken “emergency measures to ensure flight safety”, without giving further details.

Choi Jong-yun, spokesman for Asiana Airlines, another South Korean carrier, said the company has not been affected so far as it uses Airbus planes for passenger flights to the United States. United and does not use the affected Boeing aircraft to transport cargo.

However, Choi said airlines have also been instructed by the FAA to avoid automatic landings at affected US airports in bad weather, regardless of aircraft type. Asiana will redirect its planes to nearby airports under these conditions, she said.

How Britain’s busy streets were affected by the plague: local search